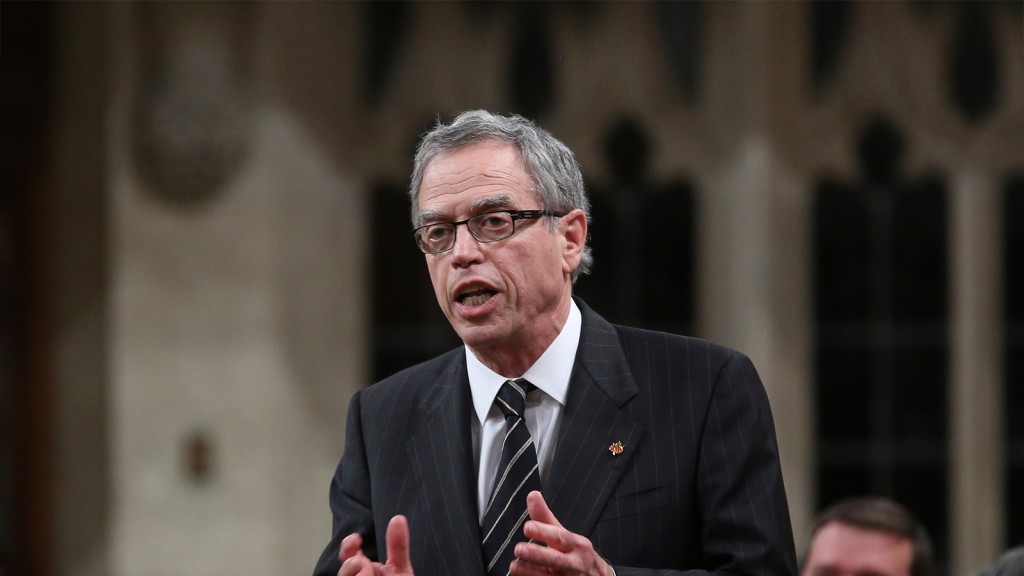 OTTAWA – Next year’s federal budget surplus will be $1.9 billion, the Finance Department says — $4.5 billion less than expected, thanks in large part to the Harper government’s multibillion-dollar cost-cutting proposals for families.

The expected surplus, unveiled Wednesday in the government’s fall fiscal and economic update, is a far cry from the $6.4-billion surplus projected in February’s budget.

That’s because of the Conservative government’s recently announced family-friendly tax and benefit initiatives, which will consume an estimated $27 billion from public coffers between 2014-15 and 2019-20.

The update, delivered in Toronto by Finance Minister Joe Oliver, says Canada is projected to run a $2.9-billion shortfall this fiscal year, matching the government’s projection in the federal February budget.

The document also examines the effect of dropping oil prices on the Canadian economy.

In the shorter term, however, it remains unclear whether the Harper government will have enough leftover cash to introduce additional cost-cutting measures for Canadians.

The Conservatives recently announced several big-ticket initiatives directed at families, including an income-splitting proposal that was originally promised during the 2011 election campaign, contingent on a balanced budget.

Prime Minister Stephen Harper has hinted that the government will soon follow through on another 2011 pledge: increasing the annual limit on tax-free savings accounts to $10,000, from $5,500.

The Tories still have an outstanding promise to introduce an adult fitness tax credit, though it’s not clear how the government might earmark any leftover surplus cash.