Patriotism is a disastrous way to make trade policy

Canadian politicians know there are points to be scored with voters by threatening trade wars with America, but things could quickly spiral out of control 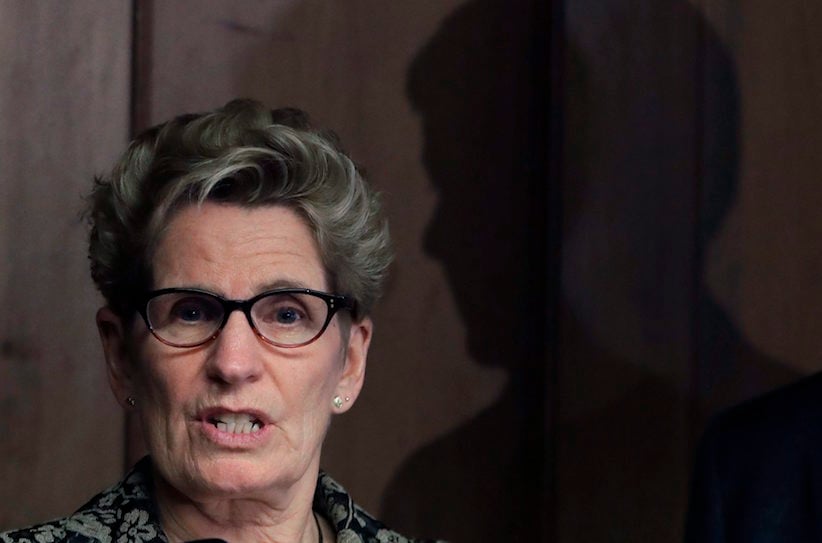 In April, Tim Hortons Canada announced that it had added a fancy espresso drink to its caffeine menu. “We are confident that our Guests across the country will love Canada’s new favourite latte,” Sami Siddiqui, the company’s president, said in a press release. It was quite a boast, considering most Canadians hadn’t yet tasted their, “new favourite latte.” Siddiqui appears to be counting on his company’s cultural significance to beat Starbucks, which introduced the concept of espresso and steamed milk to the Canadian masses two decades ago. Emblazoned on all of Tim Hortons’ paper latte cups is a promise that the drinks are made with, “100% Canadian milk.” In other words, Buy Canadian!

The claim is silly, of course; import tariffs on dairy that exceed 200 percent essentially guarantee that you are supporting Canadian farmers whenever you drink your milk, steamed or otherwise. (Starbucks uses only Canadian milk and cream at its Canadian stores, as does McDonald’s, according to spokespeople for the companies.)

Tim Hortons didn’t respond to a request for comment as to why it is pushing the Can-Con of its lattes. A cynic might wonder if the Brazilian owners of the American hamburger chain that bought Tim Hortons in 2014 are sensitive about retaining their new brand’s Canadianness.

Or maybe Tim’s was inspired by French’s Food Company, the New Jersey-based condiment maker owned by Britain’s Reckitt Benckiser Group, which got a jump on Heinz last year by making a show of using Canadian tomatoes to make its Canadian ketchup after Heinz shut its plant in Leamington, Ontario.

Big Food long ago went global, but market share can depend on how well those companies pretend to be local. Unfortunately, strategies that sell coffee and ketchup also can help politicians win votes. The worst that Tim Hortons’ latte campaign can do is give Canadian milk a bad name if customers end up disappointed. But we have known for decades that patriotism is a disastrous way to make trade policy.

Yet for some reason, some of Canada’s leaders seem intent on doing it anyway.  British Columbia Premier Christy Clark asked Prime Minister Justin Trudeau to ban shipments of thermal coal through B.C. ports less than two weeks before the May 9 provincial election. Most of that coal is American and U.S. President Donald Trump had just levied tariffs on Canadian lumber. “Now that they have slapped a duty on Canada and they’re calling us names, we’re free to take an action that is long overdue,” said Clark, who won the election, although just barely.

Trudeau said he would consider the coal ban. He also reportedly is considering retaliatory tariffs on Oregon wine, plywood and other imports from the Pacific state because one of its senators, Ron Wyden, a member of the Democratic Party, is a vocal critic of Canada’s softwood lumber policies. In Ontario, the Globe and Mail reported earlier this month that Kathleen Wynne’s government would respond to any state that institutes a “Buy American” policy by banning companies from that state from bidding on contracts tendered by the Ontario government. Wynne, who is struggling in the polls, must call an election by June of next year.

Economists hate this stuff. Trade flows are determined by two things: demand and the cost of moving stuff from one place to another. Even though the global economy was addled by financial crises in the late 1920s, the massive collapse in trade that occurred between the First and Second World Wars was caused by a sharp rise in the cost of doing international business, according to David Jacks, an economics professor at B.C.’s Simon Fraser University. Export finance had evaporated, but otherwise trade had become prohibitively expensive because of the tit-for-tat commercial policies of governments under pressure to answer for the Great Depression. They only made the depression worse, an established fact that formed the basis of the world’s embrace of freer trade at the end of the 1940s. “We know the predictable effects of protectionism,” Bank of Canada Governor Stephen Poloz said in Mexico City on May 4. “We have seen throughout history how efforts to shield industries and workers from foreign competition have been counterproductive.”

It’s tempting to dismiss all of these threats as no more harmful than Tim Hortons bragging about using the homegrown milk it would use anyway. But that would be a mistake. Jacks, whose speciality is economic history, says trade wars happen because politicians assume there will be no response to their various protectionist measures. Then, before anyone realizes, trade grinds to a halt and everyone is worse off.

Jacks reckons it wouldn’t take much to slow trade because so many companies have taken advantage of open borders to operate with razor-thin margins. That means even the slightest increase in the cost of moving goods and services will disrupt thousands of business models. Companies would have to raise prices at a time when global demand is mediocre. That would herald at least inflation; if customers refuse to pay the higher prices, the result could be weaker profits and job losses. “Any sand in the wheels is going to have a dramatic effect,” Jacks says.

Given the stakes, Canada’s only option is to turn the other cheek. “Canada simply does not have a credible threat of retaliation,” says James Haley, a former Canadian Finance official who now is a senior fellow at the Centre for International Governance Innovation, or CIGI. “In bilateral negotiations, the side that wields more bargaining power, typically the larger party, gets a bigger piece of the pie.” (Disclosure: I also am a senior fellow at CIGI.) Predictably, the Trump administration was unmoved by Canada’s sabre rattling. Commerce Secretary Wilbur Ross called Canadian suggestions of retaliation, “inappropriate,” and said Clark’s and Trudeau’s posturing would do nothing to deter the U.S. from targeting lumber imports that it thinks are unfairly subsidized.

Probably no serious harm was done. “It’s a slippery slope, but we’re not on the part where we’ve lost all control,” says Jacks.

Still, Canada’s politicians should keep in mind that uncertainty about trade policy is weighing on business investment, and therefore murmurs of trade wars will do nothing to build confidence. And voters who like the idea of hitting back at U.S. President Donald Trump should think carefully about where that could lead. Patriotism is a powerful impulse, but remember: Starbucks lattes are just as Canadian as the ones Tim Hortons is selling. The only difference is Starbucks has been hiring baristas and pushing innovation in the coffee business in Canada for more than two decades. That’s because of free trade. Let’s try harder not to screw it up.