Bank of Canada Governor Stephen Poloz insists the economy is weaker than it appears, but that argument is now in trouble 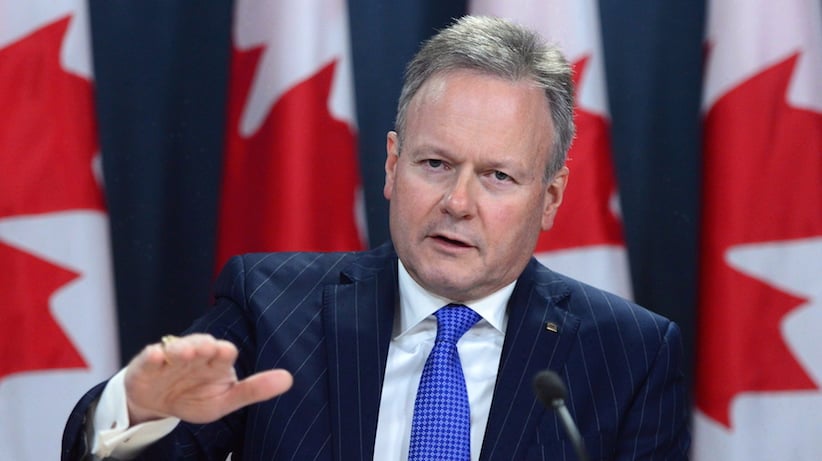 Early each month, on a Friday morning, experts and pseudo experts from the Canadian commentariat open their Twitter accounts and prepare to wow each other with blasts of news and insight about the latest monthly survey of labour-market conditions by Statistics Canada. We do this because we assume there is no more important indicator of an economy’s health than jobs; and even though StatsCan’s poll of households is a less-than-perfect form of measurement, it’s the best we’ve got. So we tweet the hell out of it.

Delivering real-time insight on the state of hiring has become a challenge of late. StatsCan’s reports read like dispatches from the mid-2000s, or even the late 1990s, when the good times felt like they would go on forever. That’s disconcerting because we are unused to positive trends. The newest figures show employers added 83,000 jobs in the first quarter, compared to an increase of only 36,000 in 2016. Over the last year, employment increased by 276,000, a “whopping” total, says Mathieu Arseneau, an economist at National Bank in Montreal.

It should be an easy story to tell: the good times are here again. Except it’s not that easy. Bank of Canada Governor Stephen Poloz has gotten in our heads. For weeks, Poloz has counselled skepticism when interpreting high-frequency data like jobs. Underneath the gorgeous exterior of an unexpectedly strong run, there is evidence of rust and decay, the governor has been saying repeatedly, most recently in an interview with Maclean’s. “You have to look through that and say, `Well, it’s not time to call out the band’,” he said. “We’ve got quite a way to go before we use up our excess capacity.”

So with that in mind, economic watchers plunge below the surface of StatsCan’s summaries to try to figure out what is going on. One of the things bothering the Bank of Canada is evidence that wages have stagnated. The March data suggest policy makers are right to worry. Average hourly wages were $26.12 last month, a meagre 1.1 per cent increase from year earlier and the weakest gain since the late 1990s. That’s slower than inflation, and nowhere near fast enough to get ahead of all the debt Canadian households have piled up in recent years. Jobs are great, but if wages don’t start to rise, consumption quite likely will slow as Canadians make mortgage payments and credit-card bills their priorities.

But this is economics, few conclusions are definitive. Stéfane Marion, who is Arseneau’s boss at National Bank, says the more reliable measure of wages is found in StatsCan’s quarterly reports on gross domestic product, which rely on hard numbers rather than interviews over the phone. Those data show the value of wages and salaries paid to employees rose 1.4 per cent in the fourth quarter, much better than the 0.4 per cent gain in the previous quarter, and the biggest increase since early 2011. To be sure, wages could be stronger, but the quarterly data suggest momentum in the right direction.

Earlier in his career, Marion was paid to sift through North American labour data for the Finance Department. Now, he is one of the Bay Street economists that Finance uses for help setting its forecasts. Marion’s view is beginning to diverge with that of the central bank. A while ago, he flagged an oddity: the economy was creating jobs, but the number of hours worked had barely changed. Something would have to give, he said; either the jobs data were wrong, or hours would catch up. It was an important observation because stagnant hours supported Poloz’s wariness about the true state of the economy. But perhaps no longer. In March, total hours surged 1.1 per cent, the biggest monthly increase since Canada emerged from the Great Recession in 2009. In fact, Canadian workers combined to work the most hours ever last month.

“We think it is time for the Bank of Canada to acknowledge that the economy is doing better than expected,” Marion says. “If we are right, expect to see rising odds of a rate hike in 2017.”

Marion isn’t the only one who ended up with that conclusion after they finished with the latest batch of data. Avery Shenfeld, chief economist at CIBC World Markets in Toronto and another contributor to Finance’s economic outlook, told his clients on April 7 to forget what he had been saying about the next interest-rate increase coming at the end of next year—he now thinks the central bank will lift its benchmark rate from 0.5 per cent at the start of 2018, “if not a bit sooner.” Economists at Bank of Montreal already had stated definitively that they think the Bank of Canada is too pessimistic.

All this week, the Bank of Canada’s leaders have been doing data analysis of their own. They are in lockdown, working on the next policy statement and quarterly report on the economy. The results of their deliberations will be released on April 12. Keep your eye on Twitter. Poloz was known as “Sunny Stephen” earlier in his tenure. The commentariat will be eager to assess whether that man is set to return.