As Stephen Harper says, the oil industry will survive. That's not saying much

At an event in B.C. last Thursday, Prime Minister Stephen Harper was asked about the dramatic collapse in oil prices since last summer and its effect on producers. This was before Suncor announced 1,000 jobs would be cut, and before Finance Minister Joe Oliver delayed the release of the next federal budget, citing “market instability.” Still, Harper said exactly what one would expect the leader of a country that depends heavily on the energy sector to say:

As rapid and negative a change that this is for the industry, the industry, even in my lifetime, has lived through changes this extreme and on more on many occasions. This is not without precedent. It’s a resilient industry and it will see its way clear to a prosperous future. 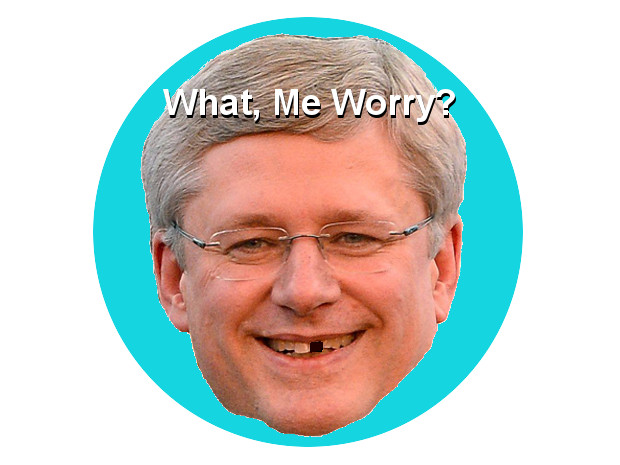 The Prime Minister is right, though. Through boom and bust, Alberta’s oil and gas industry has survived. But not ceasing to exist is a fairly low bar, and neglects to convey the carnage a deep and prolonged oil-price collapse can inflict on Alberta’s economy (and, by extension, that of Canada, too).

In Harper’s lifetime, there have now been three really big busts (along with many a dramatic dip and spike along the way). The collapse that started in 1980 led to a deep recession in Alberta, rising bankruptcy rates, massive deficits, and an exodus of people from the province. It morphed into a multi-decade rout. On the other hand, the V-shaped drop in 2008 and 2009 left a relatively mild scar.

The question is, what type of collapse is the one we are in which we are in right now? (In December, I put that question to Bank of Canada governor Stephen Poloz, who said he expects prices to eventually rise back above $70. You can read his take here.)

This chart below helps to put the three declines in perspective.

In the 1980s, it took five years for real (inflation-adjusted) oil prices to fall as far as they did in the last six months of 2014. (I extended the 2014 line to reflect the price as of the start of this week.) So far, though, this collapse has not been as deep nor as fast as the 2008 rout. So far.

Now, for a truly déjà-vu moment, here is a reading list from the Christian Science Monitor, which actually covered the Canadian economy in great detail in the 1980s and has its whole wonderful archive online. Lest you think there is anything new under the sun.