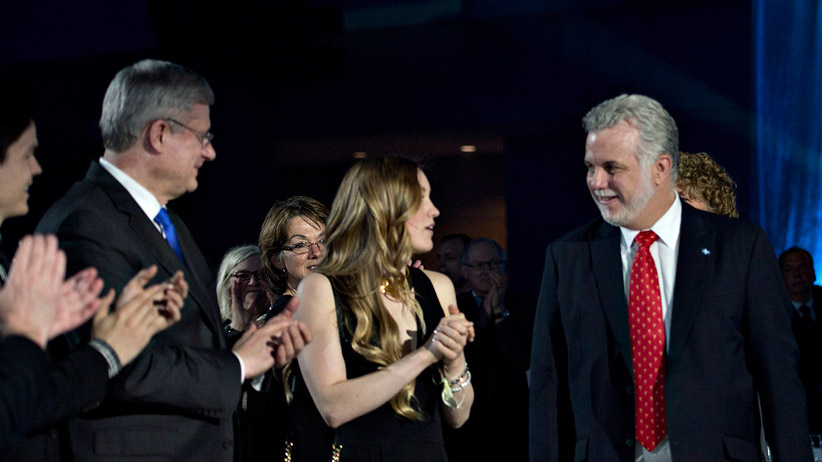 The problem is that normal economic growth today is lower than what it used to be. The prime working-age population (aged 25-54) in Quebec has already fallen by one per cent from its peak in 2011, and the broader measure of those aged 15-64 is set to start falling in the next few months. Everything else equal, fewer people working means less economic activity—and less tax revenue.

Reducing spending—or even slowing its rate of growth—is not the only way to eliminate the deficit. Indeed, successive Quebec governments have increased taxes over the past few years. Here is an incomplete list of tax measures that have been introduced since 2010:

Put together, these add up to tax revenues that are about $5 billion to $6 billion higher than what they would have been otherwise: the TVQ increase itself is worth $3 billion per year. To put this in perspective, Quebec’s own-source revenues—that is, not including transfers from the federal government—are estimated to be $77.8 billion in 2014-15. Tax revenues are roughly seven per cent higher now than they would have been without these increases.

That’s an increase on the order of 1.5 per cent of Quebec’s GDP, and it hasn’t been enough.

As austerity budgets go, today’s effort is fairly modest: the growth rate of program spending is reduced, but remains positive. In the short term, the key instrument for controlling spending is a hiring freeze. Usually, hiring freezes are viewed as a brute-force measure that is more likely to create inefficiencies than to lower costs. But in a world in which the working-age population is declining and some 15,000 public sector workers are retiring each year, holding total public sector employment constant makes some sort of sense.

Today’s Quebec budget seems to have taken a leaf from the federal Conservatives’ playbook for reducing deficits. The Harper government has, for the most part, eschewed the dramatic gestures that characterized the deficit-cutting episodes of the 1990s. The federal government has been careful to avoid measures that affect individuals directly, and the provincial government is following that example. For example, the Quebec Liberal budget cancels the former PQ government’s plan to increase the price of the public daycare from $7 to $8 and then $9 per day in favour of a strategy in which the price is indexed to the total cost of the daycare program. Another tactic being borrowed from Ottawa is to avoid abrupt cuts to the size of the civil service: a hiring freeze generates less pushback than layoffs.

The Couillard Liberals seem to be settling in for a long-term campaign of austerity by stealth similar to the one going on in Ottawa.