Russia's economy is tanking, but that Putin sure is swell 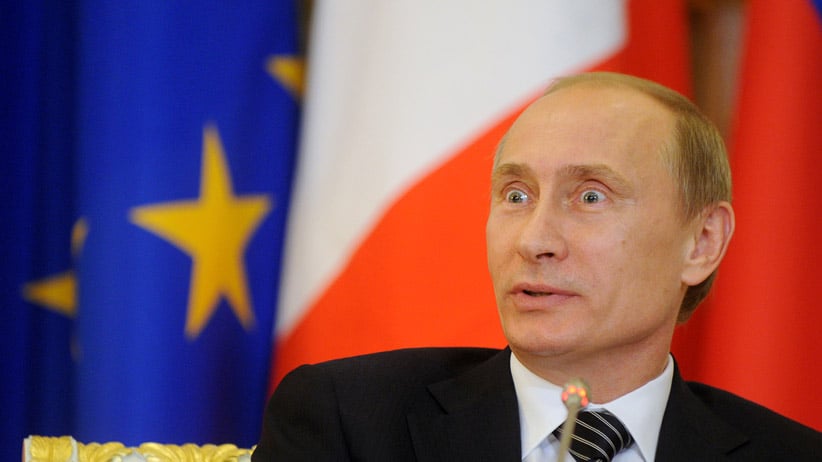 Making sense of what’s happening in Russia at the moment can be difficult. Below are a few news items from the last 24 hours to help out:

-Russia’s economy is on the brink of collapse
-Russians are scrambling to buy luxury cars and electronics as a way to store their wealth before the plunging ruble wipes out their savings
-To halt the ruble’s decline, Russia’s central bank hiked rates from 10.5 per cent to 17 per cent in one go
-Another Russian sovereign debt default is a very real possibility

-For the 15th straight year in a row, Russians overwhelmingly voted for President Vladimir Putin as the country’s “Man of the year”

As Russia careens toward its greatest economic crisis in more than 15 years, people in the country continue to believe the best man to lead them is the one who steered them directly into this mess in the first place. Here’s Putin’s domestic approval rating compared to the value of the ruble:
(For best results on mobile, view chart in landscape)

In a country that has tumbled into recession, one might expect voters to be a little down on their leader. But Putin’s sky-high domestic popularity rating testifies to his charisma and the willingness of people there to buy into conspiracy theories, peddled nightly on state television, about the Western world’s never-ending plot against Russia. The recent dip in Putin’s popularity in November may be a sign the Russian people are finding this narrative harder to swallow, but it’s too soon to tell.

The reasons Russia finds itself in this crisis are varied. Russia is overwhelmingly dependent on oil and natural gas exports. Energy accounted for nearly 70 per cent of its exports last year, and more than half of government revenues. Yet, rather than tap a decade of rising oil prices to modernize the economy, diversify away from the energy sector, fix chronic corruption and institute an independent judiciary, Putin instead opted to draw on Russia’s oil and gas wealth to fuel needless provocations with its neighbours. So long as oil prices kept rising, this allowed Putin to pursue his myopic nationalist agenda with few consequences (other than, of course, entrenched poverty, a shockingly high mortality rate and the loss of its best and brightest).

The ongoing oil rout has simply exposed all the problems that have been festering within the Russian economy for years. The question is: How long will it be before the Russian population loses its patience with Putin?