Stephen Poloz on the economy: 'It's not time to call out the band'

The Bank of Canada governor might praise the federal government's fiscal stimulus, but he doesn't necessarily share its optimism about the recovery 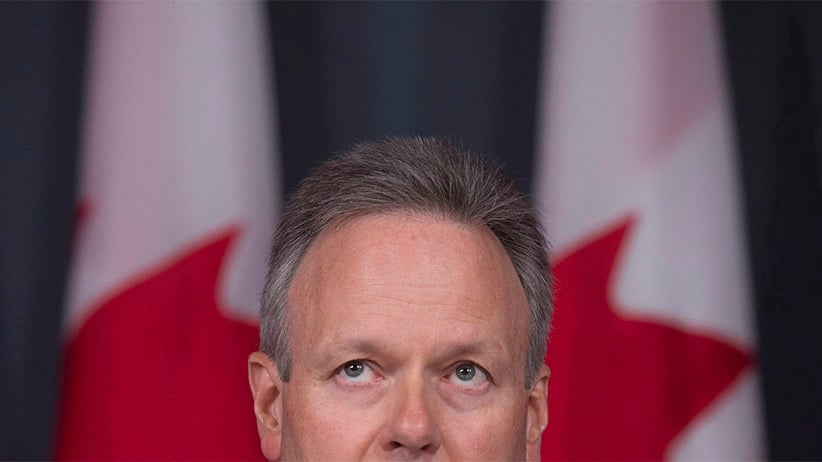 Canada’s economy has surprised many observers in recent months, with GDP, trade and job market numbers all beating analyst expectations. That has prompted Finance Minister Bill Morneau to claim the policies of the Trudeau government are showing results. But Bank of Canada Governor Stephen Poloz offers a slightly different message: Don’t throw any parties just yet.

When it comes to Canada’s long drawn-out economic recovery, it turns out there are areas where Poloz’s views overlap with the government’s, and where they differ. Those distinctions emerged in an interview when Maclean’s sat down with Poloz earlier this week, following a speech he delivered in Oshawa, Ont.

After growth in the fourth quarter came in at 2.6 per cent, and the country created 105,000 full-time jobs in February—the biggest monthly increase since 2006—Morneau saw evidence last year’s budget measures were working, including the increase to the Canada Child Benefit and the Middle Class Tax Cut. “Based on some emerging positive outcomes from that—the strong job growth we’ve had over the last six months, better than any time since 2002, the increasing sense the economic outlook is looking somewhat stronger than even a few months ago in our November fiscal update—[we have] the ability now to think about the longer term,” he told Maclean’s ahead of releasing his budget for 2017. The latest monthly GDP report, released on Friday and showing the economy grew at twice the rate analysts expected in January, will also surely be used by Morneau to convey that message.

Yet Poloz offered a warning to those who believe Canada’s economy has finally turned a corner. The factors driving growth—consumption and housing—are not sustainable, he said, while core drivers like business investment and exports are still weak. “You have to look through that and say, well, it’s not time to call out the band.”

Morneau isn’t the only one who might find his optimism clashing with the central bank chief’s dour outlook. Many private-sector economists also have a sunnier view of the economy than Poloz.

Even so, Morneau will no doubt take some solace from Poloz’s comments this week.

For one thing, Poloz made it abundantly clear just how heavily the Bank of Canada is counting on fiscal stimulus from Ottawa to close the output gap—the difference between Canada’s actual economic growth and what it would be if the economy were operating at its full potential.

“We’ve got quite a way to go before we use up our excess capacity,” he said. “Importantly, we need the government’s infrastructure program to contribute a great deal to that. Without that, we won’t close the output gap.”

Last week Morneau released his second budget, which forecast more than $140 billion in accumulated deficits over the next few years, though the vast majority of infrastructure money still has yet to be distributed.

One of the reasons Poloz is so keen for Ottawa to spend is that he hopes it will re-invigorate business investment. “Even if we allow for the drop in investment in the energy sector, the rest of the economy has also been declining in investment,” he said.

That’s not entirely true, as this chart showing the change in capital expenditures—money spent on fixed assets like buildings and machinery—from 2015 to 2017 reveals. Spending actually rose when the mining, oil and gas sector was taken out of the picture. However, most of that spending was by government, or industries dominated by the public sector such as health, education and utilities. Once those industries are also taken out of the picture, capital spending by businesses has been negative over the past two years. 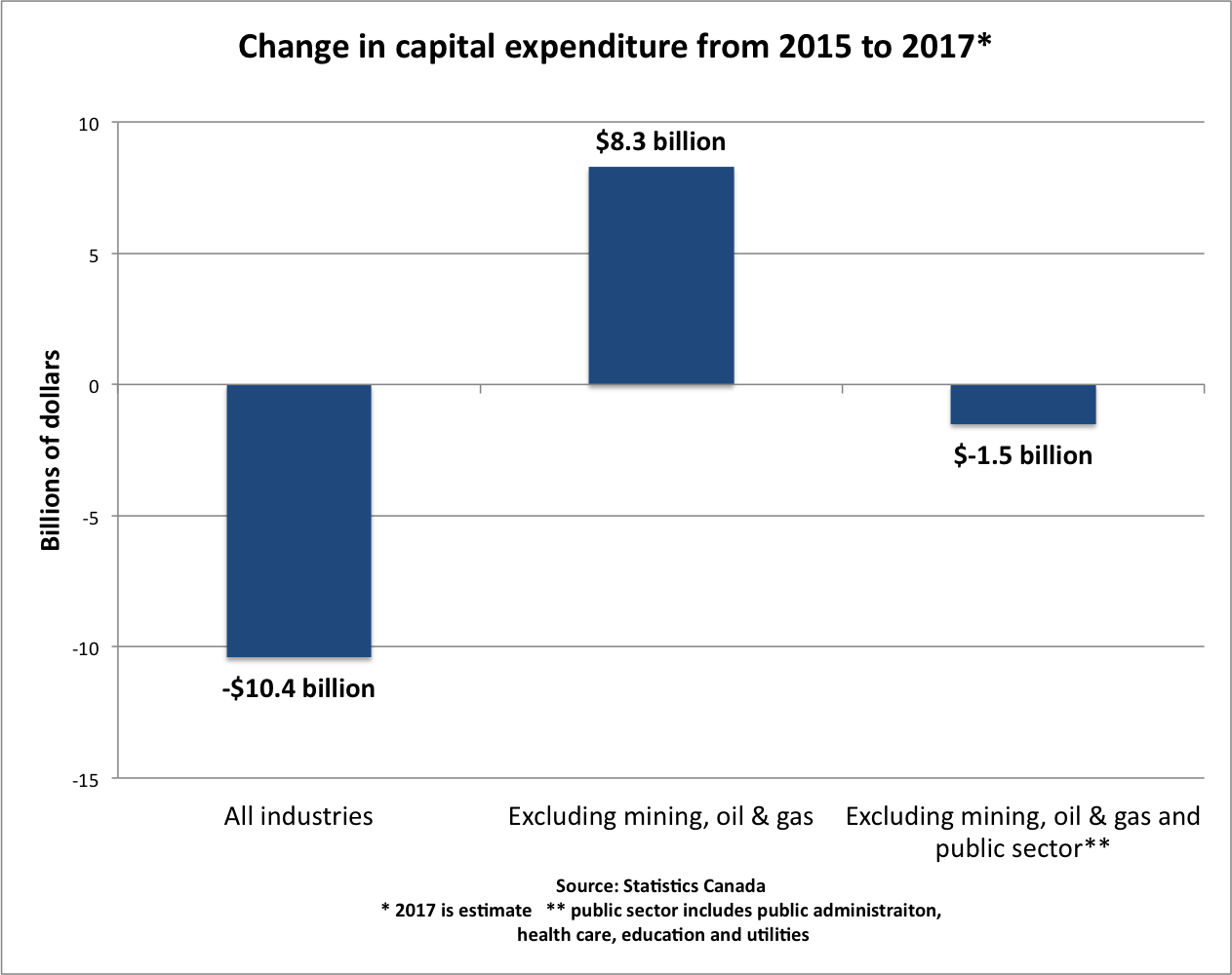 Despite the emphasis Poloz has put on getting businesses to invest more heavily again, he has begun to talk about fundamental changes in the economy that might lesson the importance of that investment. In recent public appearances, and in his interview this week, Poloz has talked up parts of the service sector, particularly in the field of technology. “What is more exciting is that new sectors, particularly in services, are growing much faster than we expected,” he said.

And because those sectors require less intensive investment than, say, a truck assembly plant, Poloz suggested there may be too much attention being paid to weak business investment in Canada. “The point is that we shouldn’t be excessively discouraged at investments not leading the way,” he said. “In IT services, you can create a company this afternoon with a dozen of your friends that are gee-whiz programmers and all they need is their laptops.”

More from our Q&A with Stephen Poloz:

Aside from the role government might play in boosting growth, Poloz also applauded the government for the “social infrastructure” side of its deficit spending plan. Morneau has spoken a great deal about making it easier and more enticing for women to join the workforce, and that’s an effort Poloz said could reap big benefits for the economy.

“One of our weaknesses is labour force participation by women,” he said. “If you can make more investments in the social infrastructure side that boost, by two or three points, the participation rate of women, that can have an amazing effect on the potential growth for the economy.”

Added Poloz: “All of these [fiscal stimulus] investments can pay off very long term and I have every confidence the things that are being done will work in that direction.”

—With files from John Geddes