Tell us, Stephen Poloz: What do you really think?

We may never know what the Bank of Canada governor is thinking, but U.S. Fed meeting transcripts help illuminate his tricky balance 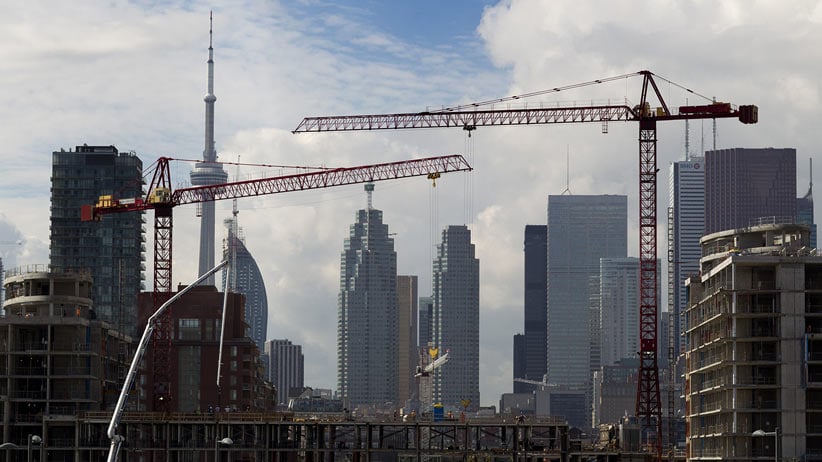 You have to give Bank of Canada governor Stephen Poloz credit. On the question of Canada’s frothy housing market and sky-high household debt levels, he’s been nothing if not consistent. Pretty much from his first statements as governor in 2013—that’s about $100,000 ago in real estate appreciation terms—through to last week when the bank released its latest financial system review, Poloz has walked a tightrope between admitting that elevated house prices and debt levels pose a risk to the economy, and assuring Canadians that the likelihood of a crash is actually pretty low. Poloz was at his sunniest when he testified recently to the finance committee in Ottawa—“We don’t believe we’re in a bubble,” he told the assembled MPs, saying he sees no signs of the speculative activity that typically characterizes a bubble, like people buying multiple houses to flip them. “We have in fact been building houses very much in line with demographic demand in Canada, so there’s no excess.”

So here’s a question that may sound mean, but isn’t meant to be: When Poloz says these things, is he just trying not to freak us out, or does he really believe what he’s saying?

Related: Our Q&A with Stephen Poloz on jobs, debt and the economy

After all, it’s one thing for an ink-stained wretch like yours truly to bang on about the threat of a housing crash. It’s another thing entirely when you’re the one with the power to set interest rates and single-handedly crush a nation’s home-ownership dreams. Poloz has learned all too well the weight of his words (atrocious, anyone?) and in a confidence game like real estate, where prices are held aloft entirely by the willingness of the next buyer to play along, a crash warning runs the risk of becoming self-fulfilling.

Related: Inside the crazy world of peak real estate

The fact is, we’ll likely never know exactly what Poloz thinks about Canada’s housing market. This being Canada, there’s no transparency at the central bank about discussions that happen behind closed doors. It’s a different story in the U.S., where, after a five-year delay, transcripts of Federal Open Market Committee meetings—where U.S. interest rates are set—are released to the public. And reading transcripts from those halcyon days of a decade ago, before the U.S. crash, two things become readily apparent that may lend some insight to Poloz’s situation—U.S. Federal Reserve officials were indeed worried about causing alarm. But at the same time, they truly and deeply believed it would all turn out just fine.

In early 2004, as American house prices roared higher and there came dire warnings from some quarters about the existence of a bubble—accompanied, of course, by strident denials from banks, most economists and the mortgage and real estate industries—Ben Bernanke (then still a governor before he became Fed chairman) addressed the problem of what to tell the American people. “One’s inclination is to answer by painting a benign picture so as not to cause unnecessary public concern,” he said during one March meeting. “On the other hand, financial conditions do change, and it’s our collective responsibility both to monitor those changes and to communicate truthfully to the public what we see.”

To paraphrase, don’t freak people out, but be honest if the situation turns bad. It was a moot point, however, because as the transcripts from 2004 to when housing prices started to drop in 2006 show, it was unfathomable to those in the room that a deep and long-lasting housing crash could actually occur. A parade of reports and experts explained away high house prices and debt levels with many of the same arguments we hear today in Canada—yes, prices are way up compared to rents, but the analysis is built on flawed data; debt levels are high, but so are house prices, which minimizes the risk; America’s demographics support the boom; and then the classic: There’ll be a soft landing.

Last year the economist Paul Krugman offered one of the best explanations I’ve seen yet as to why bubbles are so hard to spot, until they pop. A thoroughly inflated bubble, he offered, is “a natural big lie—that is, a lie so audacious nobody will believe that anyone would dare to invent it.” Like, for instance, the notion that bungalows in Toronto and Vancouver can regularly and briskly sell for well over $1 million in a nation where the inflation-adjusted median incomes for individuals are more or less where they were at four decades ago.

Poloz may truly believe that, but you’ll probably never know either way.