The bumpy road back to a 'normal' economy

After years of crisis, we may have trouble believing the Bank of Canada still recognizes what normality looks like 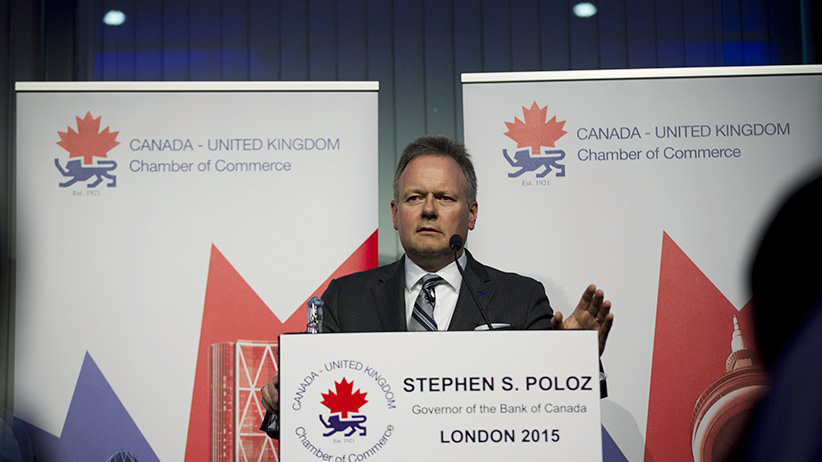 The governor of the Bank of Canada would like you to know that everything is going just as planned. January’s interest-rate cut—a trim from one to 0.75 per cent, just when many had predicted the Bank was gearing up for a rate hike—may have come as a surprise. Keeping the rate steady earlier this month threw investors off guard yet again. And putting an end to “forward guidance” — the central bank practice of giving explicit hints about when a change to interest rates will come — yeah, maybe that irked a few people. In fact, the governor’s advice has bumped along on a broken record: no hints, no peaking, no signs. Start looking at the economic data, just like me—be patient, and wait and see.

Put your trust, in other words, in the Bank of Canada, even if occasionally that trust is blind.

This message of credibility from the Bank’s governor, Stephen Poloz, was clear. So clear, in fact, it was right there in the title of his speech: “Central bank credibility and policy normalization.” The speech was also Poloz’s first in the U.K. as governor of the Bank, delivered to an international crowd at the Canada-U.K. Chamber of Commerce, in a swanky hotel just steps from St. Paul’s Cathedral (and mere blocks from a central bank run by that other Canadian).

Poloz tackled the subject head-on: “Do very low long-term interest rates and recent increases in financial market volatility represent an erosion of central bank credibility?” he asked, starting his speech over the gentle clinking of silver wear on china plates. “It probably won’t come as a surprise to you that I would say ‘No.’ ”

Cue appreciative laughter from the crowd.

But while the speech has been cast as a rousing defences of the bank’s policies—as rousing as defences of monetary policy can get over a noon-hour luncheon, in any case—it wasn’t without precedent. Far from just a short-term attack on would-be critics, or offering any real insight into the Canadian economy (not a single questioner in the post-speech Q&A had a Canadian accent, and oil was barely touched on), Poloz was on well-trod territory, urging faith and calm in the face of uncertainty. After all, more than six years ago, Mark Carney was standing on the same stage and addressing the same, suited crowd. His speech, too, came under a headline of misleadingly dull aplomb: “Building continuous markets.”

Carney’s remarks began with flattery, noting the long and deep history of finance and colonialism stretching between Canada and the U.K., but set in the present day against a wallpaper of uncertainty, or, as the governor himself called it, a “maelstrom.” Poloz spent very little time plumping London egos, but he was smart to begin on the same tone. He promptly noted that in the City, London’s banking district, one can feel the “pulse” of the global financial system, “and it feels a bit like an irregular heartbeat to me.”

In 2008, Carney was pitching for central banks to step up to the plate, to back key institutions, maintain liquidity, and keep confidence flowing, if not exactly high. This required not just the backing, but the immense credibility, of central banks. “With the breakdown of many markets, the pendulum is swinging away from market- based finance back toward bank-based finance,” he said. In 2015, Poloz is saying it’s time for the market to take a deep breath and accept some volatility, without suffering a massive case of the jitters. “This represents the natural reaction of financial markets to economic uncertainty and a return to a normal trading environment – not an erosion of central bank credibility.”

But both central bankers, then and now, asked the same question, facing some of the same problems, years apart, on the value of periodically shoring up the Bank of Canada’s credibility. During times of normality, we may not have appreciated the reserves of trust we would have to place in our central banks. And after years of crisis, we may have trouble believing the Bank still recognizes what normality looks like—or at least, what the “new normal” may be.