The days of easy money in the housing market are over

If you recently bought into the housing market in Toronto or Vancouver solely to make a quick financial gain, you probably just made a mistake 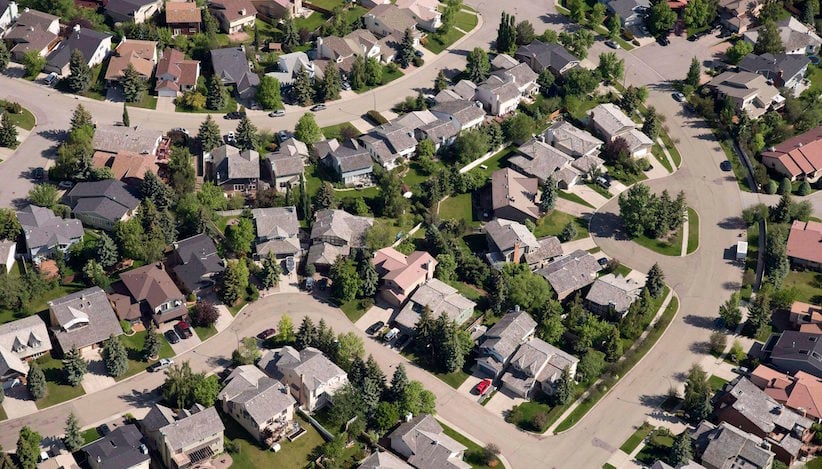 If you recently bought a home in Toronto or Vancouver solely to make a quick financial gain, you probably just made a mistake. We humans are averse to loss, and real estate in Canada’s two biggest cities has looked like easy money for several years now. But as behavioural economist Richard Thaler reminded me recently in the pages of his latest book, asset prices inevitably revert to their historical mean. “Recent momentum in prices in Toronto and Vancouver may increase the likelihood of a correction in house prices, which could affect vulnerable households,” Bank of Canada governor Stephen Poloz said at a press conference in Ottawa on Dec. 15. City slickers, you’ve been warned.

What about the roughly 26 million people who live in the rest of Canada? Many of them already have been reminded that the real estate market is subject to gravitational forces. The Teranet-National Bank index of house prices in the country’s 11 largest metropolitan regions rose 6.1 per cent in November, yet only four cities—Toronto, Hamilton, Vancouver and Victoria—actually posted gains. Values in the other seven contracted. “The Canadian real estate market already is in correction mode,” said Krishen Rangasamy, an economist at National Bank Financial in Montreal.

But is there really a Canadian real estate market? It’s a question that tends not to receive the attention it should. Before the U.S. housing meltdown, authorities there dismissed the idea of a national housing market. One of the reasons officials in the George W. Bush administration were blasé about the housing bubble was because they believed surging prices in Arizona, Florida and California were the result of local factors, negating the perceived utility of a one-size-fits-all response by Washington.

The Bank of Canada seems to see things roughly the same way. Poloz’s press conference followed the release of the central bank’s December financial system review (FSR), which concluded that a record household-debt burden makes Canada vulnerable to a housing crash, although policy-makers see little reason to think that will happen. The governor was asked whether someone in a place such as Moose Jaw, Sask., should worry about the value of his or her home being pulled down by a correction in Toronto and/or Vancouver. “I think not,” Poloz said. There are fundamental reasons prices are elevated in those cities, he said; employment is strong and populations are growing faster than the housing stock. “I think of it as a local phenomenon,” he said of real estate prices, effectively ruling out the possibility that his interest-rate policy has stoked a national mania.

Carolyn Wilkins, the senior deputy governor, was slightly more circumspect. Toronto, Vancouver and their surroundings represent about a third of the country’s mortgages. “It’s not insignificant,” she said. Her comment was a nod to the fact that Canada’s banks are highly exposed to real estate in Toronto and Vancouver. If things go bad in either city, lenders could retreat, triggering a tightening of credit across the country that would crimp demand for houses. But that remains mostly a theoretical concern at the Bank of Canada. “The probability of a problem is low,” she said.

The central bank has done some hard thinking about this issue. Along with the FSR, the institution released a study by three Bank of Canada economists that shows extreme indebtedness has doubled over the past decade: about eight per cent of households are carrying debt that is 350 per cent or more of their gross income. (The authors chose 350 per cent because that’s the level of debt at which borrowers tend to start missing payments.) Most of those households are in Alberta, British Columbia and Ontario. Alberta’s prospects are grim, but things are looking up in B.C. and Ontario. The Bank of Canada isn’t going to alter its stimulus plans for one province.

The central bank’s debt study does suggest, however, that thousands of Canadians could be in store for some financial pain. The individuals in this group mostly are under 45 years of age, and their houses represent 90 per cent of the value of their assets. They are also relatively poor and uneducated. The increase from a decade ago was led by debtors whose highest education was high school, suggesting they could struggle to find decent jobs in a weaker economy. Their newly purchased homes could become a tether that prevents them moving for work, if the value of the real estate drops below the cost of the mortgage.

The Bank of Canada already is doing all it can to address such concerns by keeping borrowing costs low, making it easier for Canadians to stay ahead of their debt payments. But dissuading households from taking on more debt will be up to others. Economic growth remains the central bank’s priority and it doesn’t intend to let theoretical worries about financial crises get in its way.