The decline of the Alberta dream, in one chart 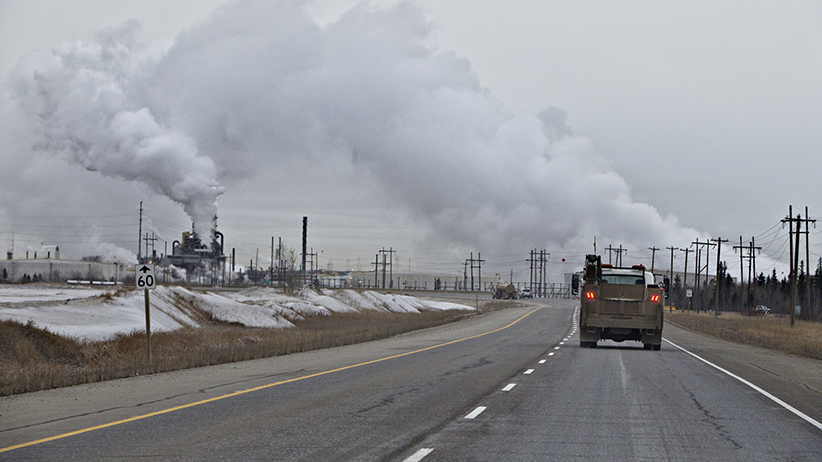 No jobs news is good news in Alberta these days. Large-scale layoffs at energy companies make for almost daily reading, and statistical releases related to the province are seldom any nicer. Friday’s job numbers from Statistics Canada were downright ugly. Nearly 15,000 jobs were lost in Alberta between October and November, the worst monthly performance since the end of last recession—and the numbers showed the contagion spreading well beyond oil and gas: transportation and warehousing, finance, and accommodation and food service were all down by thousands of jobs.

In November Alberta’s unemployment rate rose by 0.4 percentage points to 7.0 per cent, the highest it’s been since April 2010. As economist (and Maclean’s contributor) Trevor Tombe noted, after all the punishing months the Alberta rate is still above national rate of 7.1 per cent.

But let’s look back at that month of April 2010. A larger share of Albertans were looking for work then than now, but the province was doing relatively well in a country recovering from the Great Recession; unemployment averaged about a point higher nationally. What’s different in 2015 is that the petroleum province’s suffering is disproportionately bad—and it’s been a long time since the Alberta and Canadian numbers have come this close. After decades of labour migration to the prosperous land where the flats meet the mountains, it’s charts like this that potentially herald the end of an era.

A look in the StatsCan wayback machine shows that the province’s unemployment rate and Canada’s are the closest they’ve been since September 1989, when the national rate of 7.3 per cent was one tick ahead. Alberta joblessness was worse or nearly worse than the rest of the country throughout the 1980s. If there’s one thing Albertans dread hearing, it’s comparisons to the 1980s, when a toxic potion of low oil prices, lousy national policy and double-digit interest rates pounded Alberta.

“It’s a big shift from what we’ve seen recently, with Alberta in the leader’s seat, and other provinces being a bit more of laggards,” says Brian DePratto, a TD Bank economist. It used to be that gains in the oilpatch offset job cuts in eastern manufacturing and other sectors. Now, DePratto predicts the inverse will continue.

If the lead-up to Friday’s OPEC meeting in Vienna had given reason for optimism on crude prices, the oil cartel quickly snuffed those hopes, choosing to boost production rather than cut it.

This makes it more likely that the job losses in Calgary, Fort McMurray and many parts in between will continue into the new year. In an upcoming monthly report, expect to find Alberta in unfamiliar territory: as a below-average place to find a job.