When it comes to boosting the use of RESPs, the question of how many people participate is as important as how much those who participate contribute 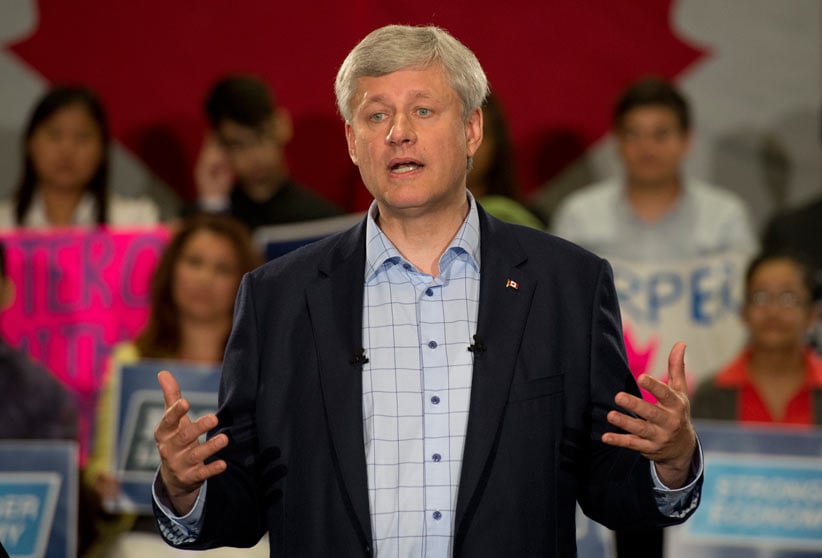 Prime Minister Stephen Harper announced today that, if his party is re-elected, it would enrich the additional Canada Education Savings Grant (CESG) as a way “to help hard-working families save for their children’s post-secondary education.” There seems to be some confusion about what exactly this means, and what effect it will have.

Most Canadians seem to be aware of Registered Education Savings Plans (RESPs). RESPs allow parents of kids under the age of 18 to invest after-tax dollars into a fund to pay for their post-secondary education. One of the main advantages of investing in RESPs is that the federal government (and some provincial governments) provides matching funds, up to a maximum, called the Canada Education Savings Grant. There are two components to the CESG.

The basic CESG, which has not changed, allows all parents, regardless of income, to get a 20 per cent matching grant on all contributions up to $2,500. So every parent in Canada who has a child under the age of 18, and opens an RESP and invests money into that RESP, gets an additional contribution paid for by taxpayers. If you invest $2,500, you get the maximum grant, which is $500.

The additional CESG (A-CESG), which is what today’s announcement is about, is a means-tested additional grant that applies to the first $500 in contributions. The current A-CESG is such that an additional 20 per cent grant is added if your family net income (the sum of the amounts reported on line 236 of you and your spouse’s—if applicable—tax form) is below $43,953. If your net family income is above that but below $87,907, then an additional 10 per cent grant is added. The announcement today proposes to double these rates to 40 per cent and 20 per cent, respectively.

This proposal certainly helps low- and middle-income families (defined, in this case, by the aforementioned net income thresholds) that already invest in RESPs. The latest CESP Annual Statistical Review shows that in 2013, the A-CESG provided $54 million in grants to 860,000 children. This means, on average, each beneficiary received a total of $62.79 in 2013. That is not a bad average, given that the maximum A-CESG in any given year is $100.

It’s certainly nice to see the Harper Conservatives targeting their support toward those most in need of it. But the problem with RESPs and the matching grant is that you need to know about it, and you need to have the funds available to contribute. Both these hurdles pose challenges to families targeted by this announcement. In fact, the participation rate among low- and middle-income families in RESPs has been shown to be very low. So this announcement predominantly targets those already investing in RESPs, and not those who could be investing in RESPs. Then again, that seemed to be the point of the announcement, since the headline read, “Prime Minister Harper announces further support for families saving for their children’s education.”

There are several solutions to these problems. We could enrich the National Child Benefit Supplement and Child Tax Benefit, a means-tested monthly payment to parents with children, so that low- and middle-income families have more money for child care, and which could be used to supplement educational savings. The research shows that families who are provided with this money do indeed use it to invest in education, among other “responsible” activities. Of course, this does not address the threshold that needs to be overcome before investments can be made: that of having an RESP account.

That threshold could be overcome by moving from the opt-in system that we currently have to one based on RESP auto-enrolment, as recently recommended in this post by Tyler Meredith and by me regarding the B.C.  Training and Education Savings Grant. After all, the government knows about nearly every child in Canada shortly after its birth. This is because of the nearly automatic registration of children into the UCCB and NCBS/CTB programs. There are many advantages to auto-enrolment, especially to low-income parents. This is because of the Canada Learning Bond.

In 2004, the then-Liberal government created the Canada Learning Bond (CLB) to help overcome low participation rates in RESPs among low-income Canadians. Any parent who qualifies for the National Child Benefit Supplement qualifies for the CLB. The CLB provides $2,000 in funding for a child’s RESP, with no requirement that the parent provide any of her own money. Unfortunately, the participation rate in the CLB is only 29.4 per cent, which is a take-up rate that, according to the research on the take-up of benefit programs, is shockingly low and is a significant cause for concern. Auto-enrolment in this valuable program would increase that rate to 100 per cent.