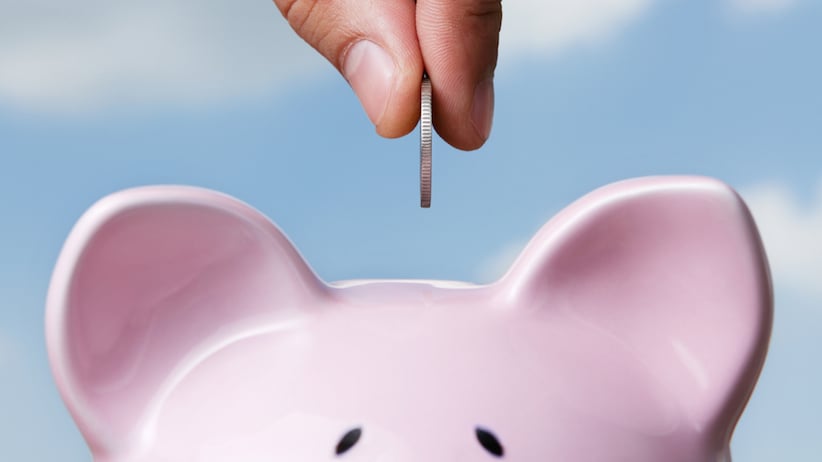 Over the next several years, workers who don’t already have access to a workplace pension plan will be required to participate in a new savings vehicle. Once fully implemented in 2019 those who end up participating in this plan will make default contributions in the order of four per cent of eligible salary per year.

If you’ve been paying attention to the federal election, you likely think I am talking about the Ontario Retirement Pension Plan. While those parameters mirror the basic formula behind Ontario’s new supplemental pension, it is also what the province of Quebec is now implementing with its own retirement savings strategy.

Yes, that’s right—much as everyone is focusing on the pitched political battle between Prime Minister Stephen Harper and Ontario Premier Kathleen Wynne, and their back and forth debate about whether a mandatory pension contribution is a “tax,” Quebec is doing basically the same thing.

Though it is called the “Voluntary Retirement Savings Plan” (VRSP), Quebec’s model of pension reform is not exactly “voluntary.” It too requires mandatory initial participation, and will impose a form of forced savings on the part of individuals deemed to be at risk of not being adequately prepared for retirement. Like Ontario’s model, it accomplishes this by focusing specifically on what I call the “un-pensioned”—people who, by virtue of where they find themselves in the labour market, do not have an employer who offers a formal retirement savings plan or are not part of that plan. Due to a number of factors, this group in the labour market has been growing over time, and is particularly concentrated among workers in small and medium-sized businesses.

What is “voluntary” is that although employees must be automatically enrolled, they can still opt out at a later time. Lots of behavioural research has shown that by setting the default to opt-in, the vast majority simply won’t be bothered to change behaviour. Where this insight has been applied in the U.K. and elsewhere, dropout rates have been found to be in the range 10 per cent or less. By mandating that everyone participate, with no opt-out clause, Ontario’s approach is a stricter form of obligation. However, the practical effects are that both approaches get you close to universality.

Announced in 2012, the VRSP is now in the process of a very gradual implementation that will be complete by 2019. Under the law, all businesses with five employees or more will eventually be required to either enrol their employees in this new savings vehicle or put them in a private pension plan. Anyone who has worked for their employer for a year or more is covered by this obligation.

If Quebec and Ontario agree on the big-picture objective, they are going about it in two very different ways. These differences are important, but they do not detract from the basic policy issue here—whether the state should help nudge certain people to set aside more money in preparation for retirement.

Quebec’s model is best thought of as a flexible insurance mandate. It says to workers that you need to have additional pension coverage above and beyond what is offered by the Quebec Pension Plan, or paid to you directly in the form of Guaranteed Income Supplement or Old Age Security benefits. This argument, like the approach taken in the United States with the implementation of Obamacare, rests on the idea that under-saving—like being sick—imposes costs on all of us because we live in a society that believes no one should be poor in old age. What we don’t prepare for with pensions, we pay for through taxes and transfers to people in old age.

Rather than having a public entity collect contributions, invest assets and remit payments (as Ontario is proposing) the Quebec model builds on top of the existing private marketplace for RRSPs and group benefits. It mandates participation, and then regulates who can offer plans, the default structure they must take, and the rate at which contributions can be made. Unlike the ORPP:

– Retirement benefits are not guaranteed and are based solely on the accumulated capital in the account at the time of retirement. They are just like a traditional defined-contribution plan or RRSP. (By contrast, the ORPP promises to provide 15 per cent of average eligible earnings, for as long as you live after you are eligible to draw the benefit).

– Members automatically pay the default contribution rate, but retain the right to reset this to a fixed dollar amount, or even zero per cent. Should an employee set their contribution rate at zero, they remain a member of their VRSP. The default is likely to be the norm..

– Members choose from a series of investment options as to how their money will be invested. (In the ORPP, all members get the same one-size-fits-all investment portfolio and are subject to the same investment risk. This can be an advantage or disadvantage, depending on whether you think individual investors are prone to poor decision-making).

– Employer contributions are not mandatory. Employers can contribute if they wish, but in theory the VRSP puts all of the contribution burden on workers. (In Ontario this would be shared equally with employers).

– What capital accumulates is the property of the member, and upon death, reverts to their estate. While they are alive, the capital is subject to the same locking-in provisions as in an RRSP. (The CPP currently offers a reduced death benefit to surviving spouses, but you and your estate do not directly control the account).

It is also important to note that contributions to the VRSP are tax deductible, just like an RRSP. All contributions count toward the maximum 18 per cent of prior year’s earnings that you are allowed to deduct using an RRSP or other tax-assisted retirement savings vehicle. The tax status of the ORPP has yet to be determined since Ottawa has refused to entertain discussions about changes to the Income Tax Act.

The differences here are as important as the distinction between a defined-benefit and a defined-contribution pension plan, but ultimately both the ORPP and VRSP can lead you to the same place. Ontario’s approach has the virtue of potentially higher quality benefits, and potentially lower costs for consumers; generally speaking DB plans are less costly, but we still have yet to know how much the ORPP will cost in administrative and management fees. The current VRSPs authorized for sale in Quebec have MERs ranging between one and two per cent annum. That isn’t bad compared to your typical mutual fund, but it is still far less efficient than some DB plans or ETFs.

The critical point to keep in mind is this: despite their different design characteristics, both provinces recognize that to address the challenges facing our retirement income system there must be some element of increased, mandatory saving among people who do not currently have access to a pension. And both set the threshold of contributions at around four per cent.

In fact, because Quebec’s model is based on four per cent of all “gross salary” (Ontario’s limit is $90,000 per year), some high-income workers may end up paying more under the VRSP than they and their employer would as part of the ORPP.

So, given these similarities, why aren’t we hearing equal criticism and debate about what Quebec is doing?

One might argue that the key difference in Quebec’s approach is that it has chosen to put the contribution burden on to workers rather than impose additional labour costs on employers. This is what the federal government is referring to when they say that Ontario’s plan—and similar efforts to enhance the Canada or Quebec Pension Plans—would “kill” jobs.

Setting aside whether the contribution levels are high enough to have a material impact on labour demand, and whether retirement savings can be classified as a form of “tax,” we are still talking about the same amount of money in either plan. Personally, I think these concerns are overwrought, but if you don’t believe in mandatory saving, many of the same concerns should apply to Quebec. Whether contributions come entirely from employees or not, both Quebec and Ontario will be using regulatory power to reduce disposable income among some workers in order to boost long-term savings.

Provided it is well targeted, that’s not a bad thing.

We need to renew our retirement income system, and I think both Quebec and Ontario have put forward innovative proposals that merit attention. If you are concerned about labour costs and competitiveness, Quebec has a well thought-out solution. It isn’t perfect, and certainly the CPP would be the simplest instrument to use here.

At a time when we are about to make potentially historic changes to the retirement income system in Canada, the policy community is woefully unaware of what Quebec is up to. Earlier this week the Fraser Institute released a report recommending Ontario reconsider the ORPP in light of the Australian approach, which has mixed compulsory savings participation with the flexibility and choice of individual accounts. In other words, almost exactly what Quebec is doing.

Yes, we live in a country where an idea from a continent far away gets more traction than the same idea in our second-largest province.

Tyler Meredith is a research director at the Institute for Research on Public Policy in Montreal, and author of a new report on how to renew Canada’s retirement income system