The food industry is one of Canada's top manufacturing sectors, but we need to attract more foreign investment to keep it growing. Here's how. 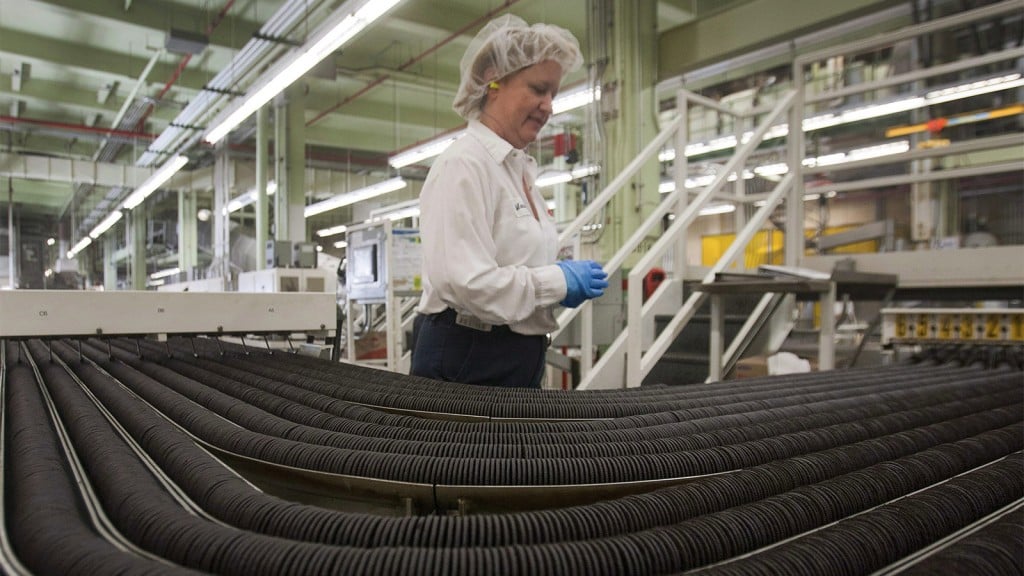 A worker keeps an eye on the cookie production line at the plant that makes all the Oreos for Canada in Montreal. (Ryan Remiorz/CP)

When you ask most people about Canadian manufacturing, they quickly go to autos and perhaps aerospace. Few people seem to know that one of our biggest manufacturing sectors (first in employment and second in sales) is agri-food and industrial bio-tech. Its importance is not surprising, really, when you add Canada’s world-class research and development and high technology to our vast arable land base and reputation for food safety. To keep the sector growing, however, we need foreign investment and to understand how to keep that investment coming, Ivey’s Erin Cheney and David Sparling looked at four recent investments by international firms in Canada AF sector.

Understanding firm strategy and decision making means getting behind the numbers. Using a case-study approach Cheney and Sparling looked at recent investments by BioAmber, Dr. Oetker, Ferrero and Natra. BioAmber built its first industrial bio-tech plant in 2011 in Sarnia, Ont. to produce succinic acid. Dr. Oetker, a German-based baking conglomerate, established a frozen pizza factory in London Ontario in 2011 to serve the North America market. Ferrero, an Italian-based candy maker established its first North American production facility in Brantford, Ont. in 2006 and expanded it in 2015. Natra, a Spanish-based chocolate maker, established its first manufacturing facility outside of Europe in 2013 in London, Ont.

Three common elements emerged from the case studies. The first was that Canada was not immediately on the radar of European firms. Canada is often added as a comparison jurisdiction but not generally ranked as a leading location. In one case, Cheney and Sparling found that it was only because of diligent efforts by the Canadian management in the then-sales office that Canada was included as a possible location.

A second common element was the important role of municipal issues in the investment decision. Municipal regulations and rates for utilities and other services factored heavily into the firms’ investment calculations. Municipalities that took a one-window approach to dealing with firms tended to be more successful in attracting investment.

What public policy recommendations emerge from the case studies? The first is to recognize that the AF sector is a source of manufacturing strength for Canada, serving the larger North American market. Thus, it deserves the attention and marketing efforts of government decision makers in the same way as attention is focussed on autos and aerospace. The sector deserves to be on the ‘radar screen’ of policy makers and firms alike.

Second is to appreciate the importance of municipal issues in the firms’ investment decisions. A one-window approach by municipalities in their dealings with investors is an important competitive advantage. At the same time, municipal governments cannot be expected to shoulder the burden of landing investments alone, nor should they be expected to bear long-term revenue loss (through tax concessions) to bring investments to Canada. Flexibility in laws like the Ontario Municipal Act could enable greater agility and flexibility on the part of municipal governments when competing with foreign jurisdictions.

The final recommendation is to consolidate and streamline government programs related to agri-foods investment. This can significantly reduce uncertainty and the transaction costs faced by prospective investors and perhaps save public money by reducing overlap and duplication.

While it lacks the compelling image of the latest SUV or a new aircraft on the tarmac, the agri-foods sector is a Canadian manufacturing powerhouse. Making some simple changes in the way we approach attracting investment could reap us some big economic benefits.

Paul Boothe is the Professor and Director of the Lawrence National Centre for Policy and Management at Western University’s Ivey Business School. Erin Cheney is Research Associate at Agri-food@Ivey.