The truth about slippery slopes, debt bombs and deficit hawks 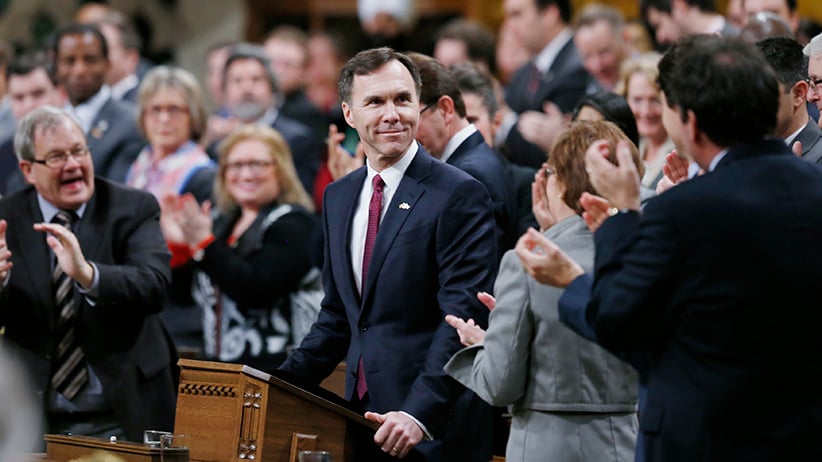 A preponderance of columnists and pundits commenting on last week’s federal budget warned sternly against deficits and rising debt over the next four years. The papers were filled with slippery slopes, debt bombs and predictions of program cuts and rising taxes ahead: there was much disapproving clucking in the commentariat.

You might call this the Mulroney-Martin generation of journalists, who came of age when deficits and debts really mattered. They learned their lessons well and, as happens, too well for changing times.

You can judge the significance of deficits and debt only in context. Absolute numbers don’t matter, and living in the red can be smart sometimes.

In 1990-91, for every dollar Ottawa received in revenue, it spent 36 cents on debt interest payments – reflecting years of terrible fiscal management. This year, for every dollar of federal revenue, interest is just 8 cents, and this ratio will stay about the same for the next four years.

Ottawa’s debt as a proportion of GDP was 64 per cent in 1997. In 2015, it was 31 per cent, among the lowest in the world and 40 per cent less than the G7 average. It will stay in this range over the next four years as the debt and economy grow pretty much in tandem – no cause for worry.

The federal government now has reasonable debt levels in relation to national income, which Liberal budgets over the next four years will not significantly change. In fact, this year’s $29.5-billion budget is based on very low economic growth forecasts, and contains $6-billion in contingency funds as a buffer against a bad surprise – which portends a good surprise.

The wringing of journalistic hands in this context suggests habit rather than dirt under the fingernails.

The broader context offers more to ponder and less to distress.

The Holy Grail for the Harper Conservatives was a balanced budget, to the point they passed a law requiring it in most circumstances. (The Liberals are repealing that law.) But the word “balanced” is misleading here.

Any balanced budget takes in more revenue than it spent on programs. The rest goes to debt interest, and about a quarter of that debt is held abroad. Those payments leave the country. The remaining debt is held largely by Canadian banks, insurance companies and mutual funds, which are not excellent conduits in directing interest income to consumption and capital investment.

The difference between revenue and program spending is called the “primary surplus.” Last year, the primary surplus accounted for 1.4 per cent of GDP, much of which was withdrawn from the economy. A balanced budget is always contractionary. That is okay in a vibrant economy – not so good facing headwinds.

To be fiscally neutral, you need to run a deficit to offset the primary surplus. Liberal budgets will barely achieve even this over the next four years.

There’s not much fiscal goose in the gander here, whatever the cant from wherever.

The federal budget includes new capital spending in its statement of total expenses. So if Ottawa commits to, say, $10-billion in capital spending this year, it shows up as part of operating costs and thus the deficit.

We don’t think this way at home.

If you take out a $200,000 mortgage on a house, you don’t say you ran a deficit of $200,000 in your family budget that year. Only the cost of servicing that $200,000 shows up in your annual financial accounts – principal and interest. You’re richer than you think!

It would distort understanding of your finances to lump borrowing for capital into your operating budget: Only the cost of carrying that debt is part of your annual statement. But in Ottawa and the provinces, we lump them together in the first year of our capital spending plans, overstating annual deficits along the way.

Only the cost of capital borrowing should appear in the operating budget numbers every year. As long as those costs remain within an affordable range, and the capital investments are wise, borrow on! For clarity, we should describe capital spending in a separate capital budget.

Which brings us to the last point of context: Canadians want to take care of themselves.

In Canada, we rely on governments to provide and maintain services essential to our welfare and prosperity. Most of these costs arise as part of the operating budget, from schools and universities to health care, security and income support programs. But some of them require spending on capital – transportation, housing, hospitals, utilities, equipment. And this money should be borrowed, showing up, not as a “deficit,” but as capital spending serviced in the operating budget.

In sum, we should expect to borrow every year for capital investments within a responsible range in servicing debt. It is even sensible to borrow for operating expenses sometimes in light of economic cycles.

We can afford to take care of ourselves now that our federal debt is low as proportion of GDP, and the cost of debt-service is around 1.3 per cent of GDP, where it will stay for the next four years. (In the 1980s it averaged 4 per cent.) Even most provinces are moving toward more sustainable numbers.

If there is a slippery slope in all this, it is the slope that under-invests in important public goods in the notion that we can’t afford them. That was true 20 years ago at the federal level after much excessive borrowing, but hey – it’s 2016.