The words you need to know during this stock market downturn

What's a bear market? And what's the difference between that and a secular bear market? Here's a mini-glossary of terms 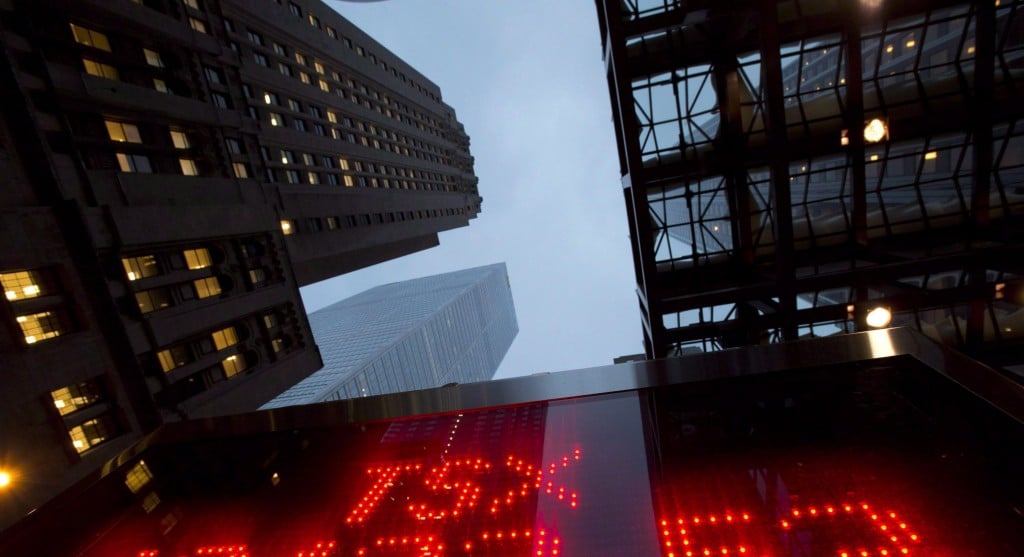 It’s been a miserable start to 2016 for the world’s stock markets. Panicked investors have sold their shares en masse for several weeks, sending some of the most closely watched major indexes, including the S&P/TSX Composite Index, deep into the red. The sell-off has raised questions about whether this is merely a temporary phenomenon or something m0re sinister, with market-watchers throwing around terms like “correction,” “crash” and “cyclical bear.” For those struggling with the terminology, and the relative levels of concern they imply, Maclean’s has prepared the following mini-glossary of a market downturn.

Related: Assume the crash position. How far will the stock market fall?

A stock market correction is generally defined as a market that’s lost 10 per cent of its value since its most recent peak. The Dow Jones Industrial Average, for example, is down about 11 per cent since its Nov. 3 high, putting it firmly into correction territory. The same goes for the broader-based S&P 500 Index, which tracks 500 of America’s biggest companies. Stock market corrections are relatively common and typically short-lived. Think of them as a temporary breather as investors test out the market’s underlying strength.

A stock market crash is a rapid, double-digit decline in stock prices over a period of a few days, usually driven by panic selling. The most recent one in North America occurred in 2008 and was related to the financial crisis spawned by U.S. subprime mortgages. The market crash of 1929 and the Black Monday crash of 1987 are other famous U.S. examples. Market crashes generally follow stock market bubbles, when investors drive stock prices to heights not supported by economic fundamentals.

Related: Advisor.ca’s explainer on what this means for your investments

A bear market is said to occur when stocks slide 20 per cent or more over a period of several months. The S&P/TSX currently meets that definition, having dropped by 25 per cent since its most recent peak in mid-2014. Bear markets are less common than corrections, but still occur roughly every few years, on average. They are the opposite of “bull” markets, when stocks surge higher over an extended period. The up and down trend is part of the regular stock market cycle, which is why stock-watchers also refer to “cyclical bear” and “cyclical bull” markets.

A secular bear market is a nasty beast. The term refers to a long-term downward trend in stock prices over a period of decades, reflecting fundamental shifts within the economy. It may also encompass several shorter bull and bear cycles. So are we in a secular bear right now? It depends who you ask. In the case of the U.S. S&P 500, some believe a secular bear market began in 2000, and that the run-up in stock prices before and after 2008 were mere cyclical bulls. If that’s the case, stock prices may not bounce back this time around—at least not for long. Others, however, say a new secular bull market began in 2009 and therefore still has several more years left to run. Suffice it to say, it’s only possible to know a secular bull or bear has occurred well after the fact. Otherwise we’d all be rich. 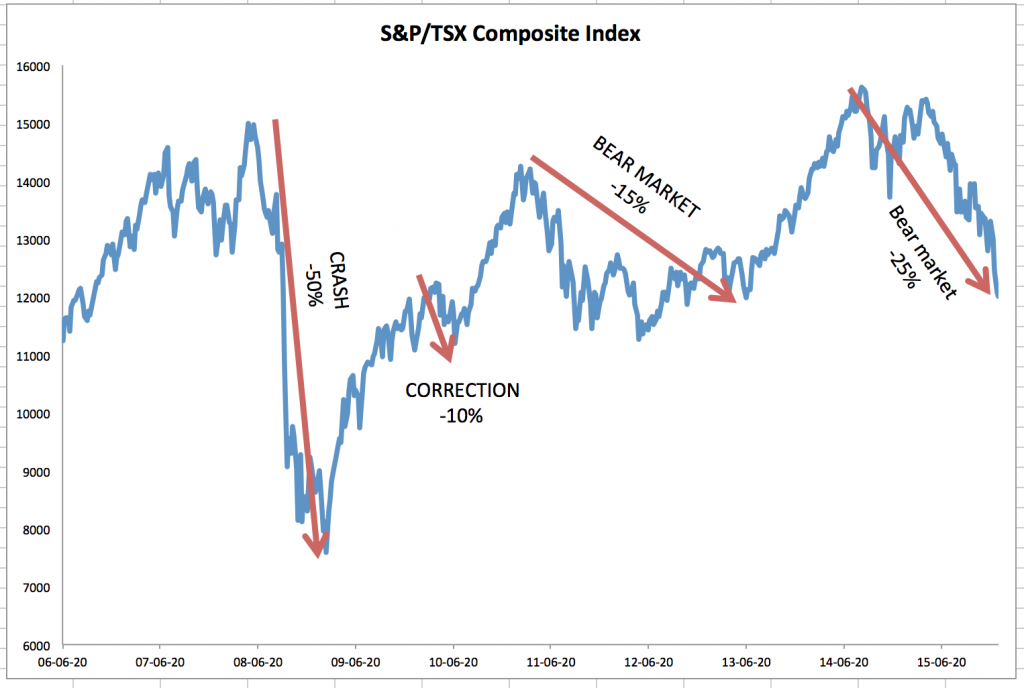