Here's a tax-reform plan for Alberta 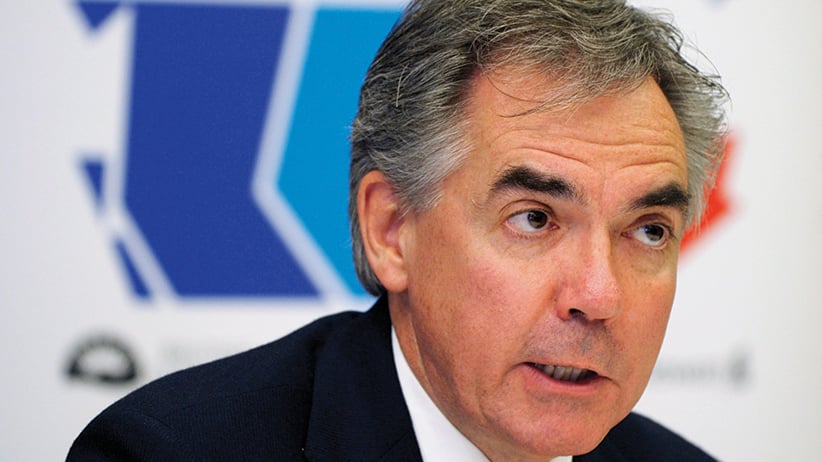 Alberta’s public finances are at a crossroads. Sharply declining prices for crude oil are taking a large swath out of provincial revenues and will force difficult decisions on both the spending and taxing sides of the ledger. But this situation also offers a chance for the province to reassess how it pays for public services.

Reform is already in the wind. Premier Jim Prentice has acknowledged that the time may be ripe to consider departing from the province’s flat-rate income tax and instituting a provincial sales tax. The Alberta Medical Association’s president has suggested that maintaining health care budgets in the face of revenue shortfalls might require restoring premiums “or some other revenues.” It’s time for Albertans to talk taxes.

Not all ideas deserve equal attention. Bringing back the health care premiums Alberta abolished in 2008 shouldn’t be on the table. Departing from the provincial income tax’s flat-rate structure deserves a closer look. One alternative is a dual-rate tax based in part on Saskatchewan’s multi-rate tax. The controversial sales tax option shouldn’t be seriously contemplated except in concert with a more progressive income tax.

Provincial health care premiums were once widely applied in Canada, but now only British Columbia imposes one separately from income tax. Several factors argue strongly against this way of financing health care. The premiums are applied as flat monthly amounts per person or family that are unrelated to their actual use of health services, so they don’t provide incentives for more efficiency. Just collecting them is costly, requiring a bureaucracy for the province and remittance burdens for employers and the self-employed.

As well, flat dollar-amount premiums, unrelated to income, are incredibly regressive. Even with premium relief for lower-income households—requiring yet more administration—the premiums would remain highly regressive for all earners above the relief threshold. Despite that serious drawback and unavoidable administrative complexity, the premiums tend to generate only a small portion of the total health care budget, so there is no assurance that they would actually enhance spending on health services.

Alberta is the only province that applies its personal income tax at a flat rate independent of the individual’s income above an exemption level. All the other provinces use a progressive structure of tax brackets, with the rate rising at higher income levels. And no other province applies a marginal rate on top earners as low as Alberta’s flat 10 per cent.

Alberta’s flat rate seems to be the result of ideology rather than evidence. It’s ironic that the province with the most income inequality applies the least progressive income tax system. If there’s an “Alberta Advantage,” the edge results from resource endowments, not high earners paying low taxes. It’s low taxes on business that are worth keeping—they have the potential to attract economic activity.

An intriguing avenue for reforming Alberta’s income tax might be to dust off an idea once advocated by the old Canadian Alliance. To reduce the strong regressive tilt of moving to a flat tax, the Alliance proposed a national dual-rate tax: 17 per cent applying to most taxpayers, but 25 per cent rate to incomes above $100,000.

Alberta could revive the dual-rate notion and pattern its reform after the income tax structure of neighbouring Saskatchewan. That province applies an income tax with three marginal tax rates of 11 per cent, 13 per cent, and 15 per cent, while offering a relatively generous exemption of $15,639 per filer.

Alberta’s flat-tax exemption level—at $18,214, the highest of all provinces—could be maintained under a dual-rate tax. One way to structure the dual-rate system would be to mimic Saskatchewan’s upper rate of 15 per cent applying only for taxable incomes above $125,795 (see the accompanying table). All Alberta taxpayers would still bear tax levels lower than their Saskatchewan counterparts, whether at low, middle, or high incomes.

The increase in Alberta income tax would be very limited for most earners subject to the 15 per cent rate. Even at $150,000 of taxable income—equal to total income of $180,000 to $200,000, when tax-deductible savings and tax-favoured capital gains are taken into account—the hike for an Albertan taxpayer would be only about $1,200 a year. That’s not so much for a prosperous individual. But the total additional revenue generated for the Albertan treasury would be a substantial $1.3 billion a year.

Although Alberta might want to pursue additional means of boosting revenues, adding a second tier to its income tax for high earners should be the first option. In fact, increasing the progressive tilt of its income tax would be a political prerequisite for Alberta to consider a sales tax—with its unavoidable regressive tilt for most households, even if measures are taken to cushion the blow for those at lower incomes.

With generous provisions for poorer households, an Alberta sales tax patterned after the federal GST would generate about $1 billion annually for every percentage point of tax. So a two per cent Alberta add-on to the GST would generate $2 billion for the provincial treasury, yet still remain well below the lowest provincial sales tax rate elsewhere in Canada, Saskatchewan’s five per cent.

The reforms suggested here would not undermine Alberta’s vaunted “tax advantage.” The province would still have lower personal income taxes than elsewhere in the country, the lowest rate of sales tax, the lowest general corporate tax rate, and no provincial payroll tax or health care premiums. The total package of reforms should be immune against charges of imposing undue burdens on lower or middle earners.

There’s some evidence the province’s taxpayers wouldn’t revolt. A 2012 survey by a University of Alberta research unit found that Albertans were open to the prospect of paying higher taxes, including an increased burden on higher earners, to maintain valued public services.

Support would depend on the sort of reforms I’ve suggested being sold as the alternative to otherwise inevitable program spending cuts. These choices aren’t easy, but the good news is, even with the price of oil way down, Alberta remains rich enough to avoid acute economic pain while still making the right tax reform decisions.