Walking the fiscal talk: Was the Ontario budget credible?

Credibility matters because if Ontario businesses and consumers believe the government's fiscal plans, they will adjust their own behaviour accordingly

By Paul Boothe and Sandra Octaviani May 1, 2015 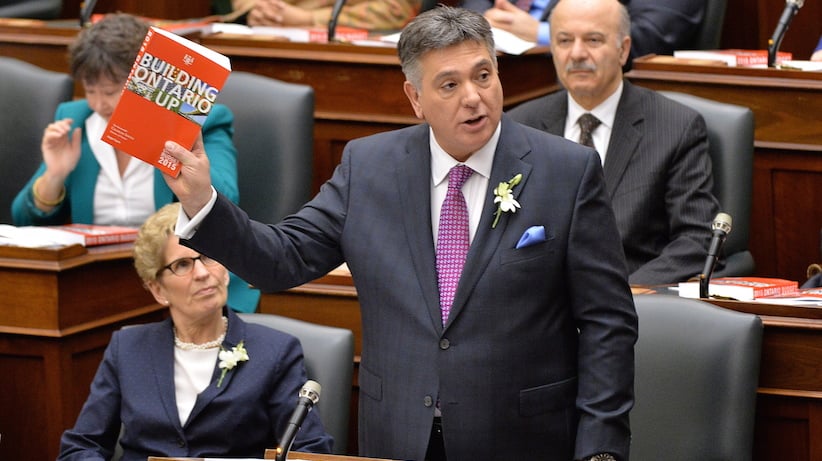 Lots of ink was spilled in the aftermath of the Ontario budget. Critics on the left felt let down that Ontario had missed the opportunity to raise corporate taxes. Critics on the right deplored the lack of deep cuts to program spending. Budget practitioners know that getting criticism from both ends of the political spectrum is the hallmark of budgets that are politically balanced. The good news is that, regardless of their ideological starting point, most commentators implicitly understood and agreed that Ontario really has only one fiscal priority: to successfully eliminate its deficit. The government’s credibility is riding on conquering the deficit dragon currently casting a shadow over the province and its fiscal management.

Indeed, many commentators expressed their views on the credibility of Ontario’s fiscal plan. More than a few were decidedly skeptical about Ontario’s prospects of returning to fiscal balance. Why is that important? Fiscal credibility is a key asset of governments. If businesses and consumers believe government fiscal plans, they will adjust their own behaviour accordingly, helping speed the economic adjustment to fiscal changes. Governments lacking fiscal credibility have a more difficult burden, since businesses and consumers delay adjustments while they wait and see what really lies ahead.

But what is the right measure to target? Here is where most commentators (and many economists) get it wrong. Rather than looking at the deficit, the first place to look to judge a government’s fiscal credibility is program spending. To understand why requires a short detour into budget arithmetic.

How does Ontario measure up? In Chart 1 we compare the one-year-ahead forecasts of program spending from the budget to the actual result for the five years from 2010-11 to 2014-15. The actual result for 2014-15 is preliminary because final numbers won’t be available until the Public Accounts are released later in the year.

As we can see, Ontario has beat its target (spent less than forecast) in each of the past five years. In two of the years, the improvement over forecast was in the three per cent range. In the other years, the actual result was within one per cent of forecast. Based on these results, a practitioner would judge the government’s spending forecast to be very credible.

One could argue that the government might be overestimating program spending to ensure that it meets or exceeds its target. While this might or might not be true, it is irrelevant for the question of credibility. With at least five years of evidence, it is a good bet that when Ontario forecasts program spending, it will come in on target or lower in the coming year—the essence of credible fiscal policy.

In Chart 2 we compare forecasted and actual revenue.

The resulting fiscal balance is presented in Chart 3.

In every year in the last five, Ontario has managed to achieve deficits that were lower than forecast in the previous budget. Because it is the difference between two large, hard-to-forecast numbers, it is particularly difficult to forecast accurately. The especially large over-prediction of the deficit in 2012-13 can be explained by a set of one-time revenue and expenditure items that all moved fiscal balance in the same (positive) direction. Without these positive surprises, the deficit would have declined in a relatively smooth manner on average over the five years.

What’s the bottom line? There is lots of room to disagree on whether Ontario should be moving to eliminate its deficit faster, either through tax increases or expenditure reductions. However, the credibility of Ontario fiscal policy is rock solid. When it comes to fiscal policy, Ontario walks the talk.

Paul Boothe is Professor and Director and Sandra Octaviani is a Research Associate at the Lawrence National Centre for Policy and Management at Western’s Ivey Business School.