Despite growing awareness of the wage gap between men and women, little progress has been made over the last two decades to close it 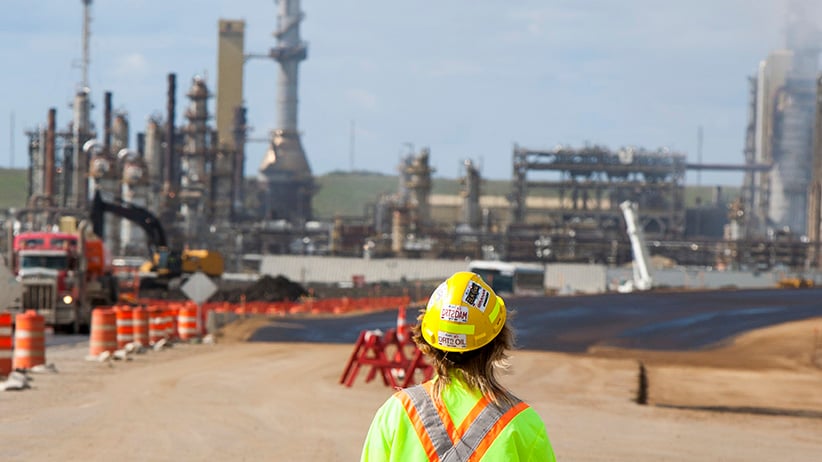 A tar sands worker at the Syncrude mine north of Fort McMurray, Alta. (Ashley Cooper/Corbis)

What has two arms, two legs, and works for 14 per cent less than another equally capable biped? Why, a woman of course.

Canadian female workers took home an average of 86 cents for every dollar in hourly wages earned by men in 2015, according to data drawn from CANSIM, Statistics Canada’s socioeconomic database. Worse, the gap has barely budged in over a decade, with average female pay compared to male earnings rising only 5.4 per cent since 1997.

Part of the reason for the wage difference has to do with women’s overrepresentation in low-paying occupations, as a new report from Oxfam Canada and the Canadian Centre for Policy Alternatives notes: “Truck drivers (97 per cent of whom are male) make a median annual wage of $45,417 working full time. Early childhood educators (97 per cent of whom are female) make a median annual wage of $25,334.”

But even when there’s a woman behind the wheel of that truck, she’s not going to pocket the fatter paycheque. Female workers in CANSIM’s “trade, transport and equipment operators” category received less than 74 cents for every dollar earned by men as of December 2015, well below the cross-industry average. As our GIF shows, the manufacturing and natural resources sectors display similarly wider gaps. Only management jobs and occupations in arts, culture, recreation and sports saw the wage gap narrow in any meaningful way.

In other words, when women work in traditionally female-dominated fields, they earn slightly less than their equally poorly paid male colleagues. And when they choose to fight it out in higher paying, male-dominated jobs, they receive but a fraction of what men make.

Happy International Women’s Day to you.