What B.C.'s transit plebiscite tells us about voters and taxation

If voters are using their ballot to express views on other issues, allowing them more ways to vent democratic steam might solve the problem 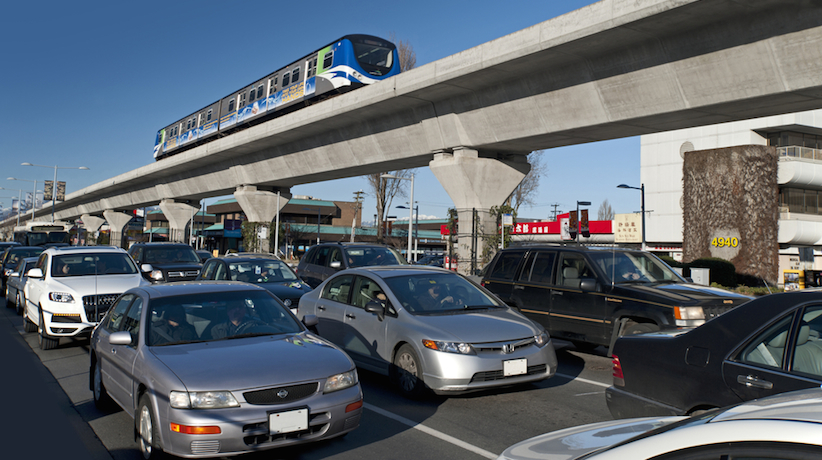 Metro Vancouver learned the results of the transit plebiscite on Thursday morning. The result: a resounding ‘No’ with only 38 per cent voting in favour. Previously in Maclean’s I explained the economics of the proposed half-point hike to the provincial sales tax that would have been instituted to pay for a package of improved transit across the region. Now that we’ve seen the results, I have two quick thoughts.

First, as an economist, I found this an interesting exercise in observing whether citizens were willing to pay more tax for better public services. Stephen Gordon has often written about the seeming reliance of political parties on taxes they think are paid by someone else, whether it is high earners, corporations, or carbon prices assigned to producers. This transit plebiscite appeared to be a direct test: higher taxes explicitly paid by everyone in order to fund better transit. A recent example where voters recently went along with such a plan is Ontario’s 2014 election, in which a key policy of the re-elected Liberals was a new Ontario Retirement Pension Plan, explicitly paid for with higher payroll contributions. It’s not clear that the ORPP would have received support in a direct referendum, but taking a position in favour of more money for a government program didn’t hurt the Ontario Liberals.

Second, as an observer of referenda in general, this plebiscite reinforced my views on one of the challenges. Many voters in this 2015 transit plebiscite seemed focused on expressing dissatisfaction with items not on the ballot, rather than the actual ballot question. Most of the push against the transit package came from those concerned about the management of the regional transit authority, Translink. It’s reasonable to be worried about management practices at Translink and its governance model, but those problems can be addressed (or not) independent of whether we choose to pay more taxes for new capital investments. This result fits a pattern set by the 1992 Charlottetown accord and the 2011 British Columbia HST referendum, in which voters take advantage of what they see as a rare opportunity to express their dissatisfaction with other off-ballot policies.

UBC political scientist David Moscrop argued that direct democracy tools like referenda are inappropriate for such difficult decisions and should be left to delegated forms of democracy. That’s the conventional argument against referenda—voters can’t be bothered or trusted with difficult decisions. For technical questions like what grade of concrete should be used in constructing a new road, I’m happy to delegate rather than vote directly. However, I don’t think that it’s too hard for voters to understand a relatively simple question like whether we should pay higher taxes for a set package of transit improvements.

Another way to look at the problem of direct democracy is that we have too little, rather than too much. If voters are using their ballot to express views on other issues, we should consider whether allowing more ways to vent democratic steam might solve the problem. As a fanciful example, imagine the 2011 HST referendum ballot with two questions, the first asking whether premier Gordon Campbell should be censured for his pre-election statements on the HST, and the second question on the meat of the HST matter. With a chance to vent through the first question, it is possible that voters might concentrate more closely on the second question.

Of course, having multiple questions of this sort would open up a serious can of worms with manipulation of the ordering and wording of questions. But, the apparent desire of voters to find ways to express their concerns does raise doubt in my mind about Moscrop’s argument that we should reduce the number of chances citizens have to vote directly on issues, especially on relatively clear questions like tax-for-transit.