What silicon valley really teaches us

Silicon Valley, once hailed as a model for the U.S. economy, has become a target for protests over taxes and income inequality 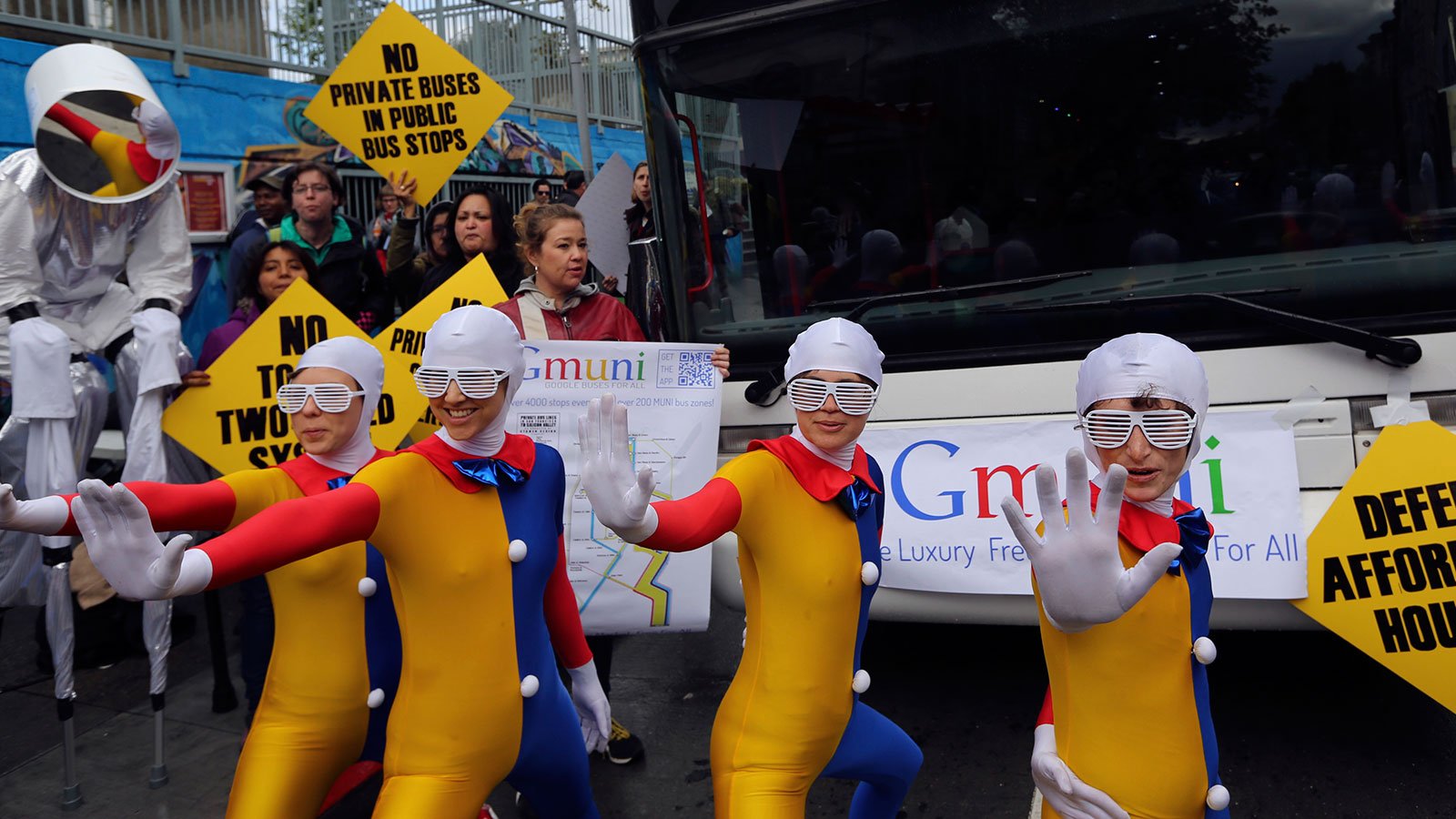 In 2011, an American president grappling with a stagnant economy and an angry electorate could do no better than to visit the visionaries in Silicon Valley and be seen seeking their counsel. So off Barack Obama went that February to rub elbows with Steve Jobs, Mark Zuckerberg and Google’s then-CEO, Eric Schmidt. The financial crisis and recession that gutted the American economy had barely bruised the California tech hub. And against the backdrop of the rest of corporate America—automakers on the dole, manufacturers shipping jobs overseas, fat cat bankers cashing massive bonuses—the valley positively shone. Obama wasn’t alone in hailing the region as an economic model for America’s future, but the President cemented that notion when he gushed, “No part of the country better represents America’s driving spirit than Silicon Valley, with its entrepreneurship, dynamism, blood, sweat and tears.”

To that today, he might add, “and its tax dodgers, class warfare, wage suppression and crass materialism.”

The market for tech IPOs with silly names and dubious business models may be booming, but these have not been illustrious times in the valley, and no one’s come out of it looking all that good. This week, court documents in a massive antitrust case were made public, revealing an attempt by several of the biggest players in the industry to conspire to put a cap on tech workers’ soaring wages between 2005 and 2009. The US$3-billion class-action suit alleges Apple, Google, Intel and others had an agreement not to poach each others’ employees. In one instance, in 2007, Google fired a recruiter who’d contacted an Apple employee. When told of the recruiter’s dismissal in an email, Apple’s Jobs forwarded it to another exec, appending a smiley face.

The past month has also seen a series of tax protests targeting tech giants. In a union-organized rally at Twitter, activists arrived with a US$56-million bill, which they said the company owes after getting a tax break to stay in the city. Another demonstration at a San Francisco Apple store decried the low tax rate Apple and other companies pay.

This has all come as tensions between tech workers and others in the region boil over. An anti-tech movement of sorts has taken hold in San Francisco, driven by discontent over the way the sector has driven up house prices and made the city unaffordable. One outlet for the anger is ongoing protests against private shuttle buses carrying Google employees to and from their jobs, with activists arguing that the use of public bus stops is an indirect subsidy from the city. The movement has recently taken a far more unseemly bent, with protesters camping out on the front lawns of a Google lawyer’s home, and reports of assaults on individuals wearing Google Glass, the computer eyewear—retail price, US$1,300. “Glasshole” is now part of the lexicon.

Praised in 2011, vilified in 2014. How did Silicon Valley’s star fall so far? It didn’t, really. The temptation was always there to paint the tech region in a clichéd warm and fuzzy light, a place of foosball-playing yet hard-working coders and of companies that hovered above the fray of stodgy old corporate America. No chasing of quarterly profits here; these were companies guided by something greater. Think different. Don’t be evil.

In actual fact, all that’s changed is our perception of the place. The scandals we’re seeing there now have played out time and again in other sectors of the economy. That’s because the motivations of capitalism are the same—maximizing profit, minimizing costs, figuring out how to soak the government for subsidies—whether you wear a groovy black turtleneck or a suit and tie. It’s simply that, for years, the valley got a free pass in our psyches because it was young and hip. And because we loved everything that came out of there—the apps, the iPhones. But we forget that people felt the same way about cars in the ’40s and ’50s: We couldn’t wait for next year’s models, and Henry Ford and Howard Hughes were celebrities. ’Twas ever thus.

So let this be a lesson. Gadgets are cool, and so is Silicon Valley. But business is business. As they battle for dominance in their markets, with tens of billions of dollars at stake, the messy carnage will continue. It’ll still be fun to watch, but we shouldn’t kid ourselves that anyone really is thinking different.