What's the use of saving money, part 2

With the Bank of Canada's latest warning that interest rates will stay low for longer, is it any wonder people question the point of saving money ? 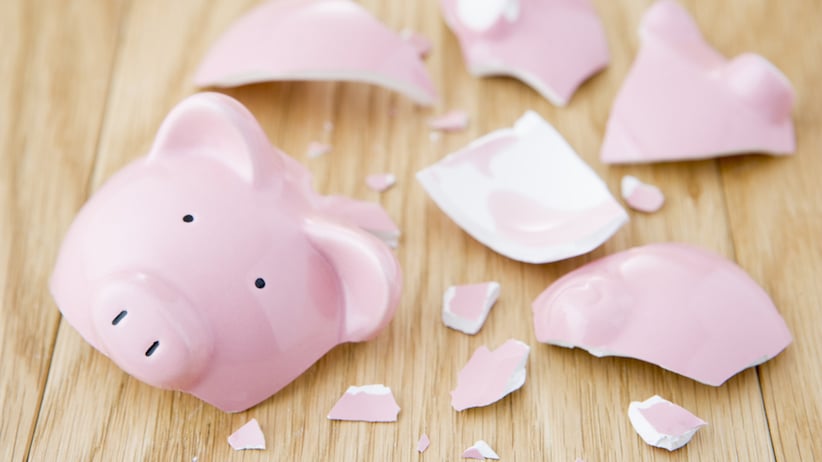 Anniversaries, especially arbitrary ones, are pretty much the most wretched topic a grasping journalist can put to words. So without further delay…

Five years ago this month Maclean’s published a story of mine entitled “What’s the use of saving money?“‘ This line from the piece sums it up: “Welcome to the world  of ultra-low interest rates, where profligacy is richly rewarded and saving is, well, for suckers.” 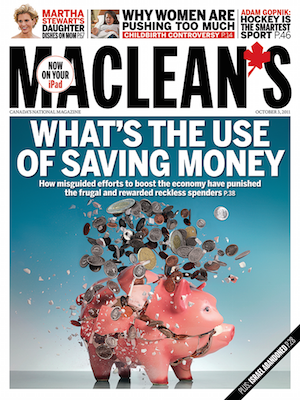 The article argued that the long stretch of extremely low interest rates—by then the Bank of Canada’s target overnight rate had been at or below one per cent for nearly four years—had done little to boost the economy and instead was rewarding dangerous risk-taking in Canada’s housing market while punishing prudence and frugality. It went on to argue that this was likely to not only result in a massive housing bubble, but that it might even be hampering growth—the opposite result of what near-zero interest rates are supposed to achieve.

Shortly after it was published, a representative from the Bank reached out, noting that the story hit rather close to home for the institution. The representative’s message to me boiled down to this: Interest rates are low because inflation is low and Canada’s economy is operating below potential, but there is evidence that low rates are finally starting to work.

Or not. The Bank of Canada’s target interest rate is now 50 basis points lower than it was in September 2011. Real (adjusted for inflation) business investment has declined by roughly two per cent, hurt by the oil downturn but also by weakness in other sectors. Real non-energy exports, which were expected to get a big boost from the falling loonie, have managed to climb by just 10 per cent since the third quarter of 2011, while real manufacturing sales are up just four per cent in all that time. Meanwhile the Canadian stock market may have risen by 20 per cent since 2011, but all of that gain came in the last few months: As recently as April, the five-year return of the see-sawing S&P/TSX Composite Index was in the red. (It’s still six per cent below where it was two years ago.) For many businesses, investors and savers, low rates have been a bust.

That’s not been the case for homeowners, banks, realtors, renovators, private lenders, mortgage brokers or anyone else who’s jumped aboard Canada’s real estate party train. Over the last five years Canada’s already-indebted households took on more debt. Gobs and gobs of debt—$385 billion more, to be exact. Last quarter Canadian household debt surpassed the size of the country’s economy for the first time ever, hitting 100.54 per cent of GDP, up from 92 per cent in 2011. This in turn has catapulted house prices higher still. Since September 2011 national house prices have climbed 31 per cent, according to the Teranet-National Bank House Price Index, while Toronto and Vancouver in particular soared 49 per cent and 46 per cent respectively.

In other words, saving was indeed for suckers.

All of this came to mind over the last week as Bank of Canada governor Stephen Poloz, in a speech in Quebec, admitted more or less the same thing, though in carefully couched central banker speak. “One group that has certainly been affected by lower for longer is savers, particularly seniors who planned to finance their retirement with interest income generated by a life of working hard to build savings,” Poloz said.

But there was good news, Poloz pointed out: “The value of most assets rises when interest rates decline, supporting gains in household wealth. This effect may not be as obvious as the impact of low rates on savings. But lower interest rates generally mean higher stock and bond prices, as well as increases in the value of real estate, which has been another important source of wealth for many savers, particularly seniors.”

This is an uncomfortable time to be a central banker in Canada. In recent months Poloz has had to take two rather contradictory stances on the housing market. Recently he bemoaned that many buyers and lenders in the red hot markets of Toronto and Vancouver (and he might have also added Victoria and Hamilton, which are also now climbing at double digit annual rates) believe astronomical price gains have become the expected norm. Yet here he was last week having to praise those same soaring prices for serving as an antidote to the negative effects of lower-for-longer interest rates on savers.

The question going forward is whether saving money will continue to be a sucker’s bet.

We’ve now had two speeches in the span of a week from the most senior officials at the Bank—the first being by senior deputy governor Carolyn Wilkins—that indicate the Bank’s earlier sunny outlook for the latter half of the year is at risk of being revised down, while demographic forces will continue to lower Canada’s potential economic growth in the medium to longer term. Along with the news Friday that inflation in August climbed by just 1.1 per cent from the year before—well short of the lackluster 1.4 per cent economists were looking for, and far from the Bank’s target 2.0 per cent target—this has raised the likelihood that more rate cuts are coming.

In light of this, Poloz had advice for savers. “Some of the forces leading to low interest rates will persist for a long time, so we need to prepare for lower for longer,” Poloz said. “Individuals need to plan for retirement with different assumptions about longevity, interest rates and growth.” That, he said, means saving more, changing one’s investment mix and working longer.

All good advice, to be sure, and people would be wise to heed it. But after more than eight years of near-zero interest rates and soaring real estate prices, can you blame some desperate Canadians if they think they have a better idea: just borrow heavily and buy a house, or two.