When it comes to jobs, do young people really have it that bad? 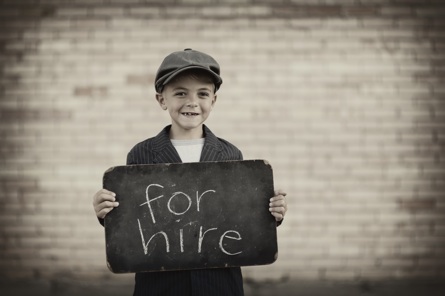 Over at Canadian Business, Peter Shawn Taylor wrote about what he called the ‘youth unemployment myth’. Read his pitch for why youth have it better than we may think below, or click here for more leading business analysis from Canadian Business.

Few notions of the modern economy get more attention than the struggles of young Canadians in the job market. It’s become a sacred truth that today’s youth have it tougher than any time in memory when it comes to finding and keeping a job.

Yet there’s plenty of evidence to suggest the situation is hardly that dire. When TD Economics recently took a closer look at youth unemployment, it found no sign of any pressing crisis. Of course, such a finding was promptly ignored by the media, along with everyone else, because it didn’t fit the accepted hardship narrative. “Dog Bites Man” isn’t news and neither is “Youth Finds Job.”

It’s true the unemployment rate for the 15 to 24 age group is now a hefty 13.3%, or double the overall Canadian rate of 6.6%. Yet the TD Economics report points out that it is actually below the 14.2% long-run average for youth, going back nearly four decades. And while the youth unemployment rate was lower prior to the 2008 recession, the same holds true for every group in the labour market. Youth employment figures generally track the business cycle, although the situation was actually far more dire for young job seekers during the recessions of the 1980s and 1990s.

Of course, young people are due a certain amount of sympathy for the perennial difficulties involved in getting one’s foot in the door of the job market—it’s always been hard work finding that first full-time position. But nothing suggests the situation is getting worse for today’s young job applicants. By most measures, it’s getting better.

When the House of Commons Standing Committee on Finance dutifully looked into youth unemployment last summer, it heard familiar tales of outrage and woe from university student groups and organized labour fretting about student debt, precarious work and temporary foreign workers. Yet the data doesn’t support all this political hand-wringing. Asked if it has become tougher for young people to find stable and secure employment today, economist Tammy Schirle of Wilfrid Laurier University replied, “I have only found evidence that contradicts this.” Compared to older workers, she noted, today’s young people tend to stay unemployed for much shorter periods, and their retention rates are on the rise.

Download NextIssue today to get Maclean’s and Canadian Business on your tablet—along with Forbes, Fast Company, Wired and 100+ more of the world’s best magazines—all for one low price!

Unpacking the numbers further, TD Economics finds that older youth—those between 20 and 24—are doing quite well establishing themselves in the job market. The biggest problem appears to lie with the youngest cohort. “A disproportionate share of the high youth unemployment rate is concentrated among youth aged 15 to 16,” the report observes. These kids, who are not in school, faced an unemployment rate of nearly 30% immediately following the Great Recession, pushing up the average across the entire youth category.

It’s also the case that young men are doing noticeably poorer than young women in the job market—largely because of a growing gender gap in post-secondary schooling. In addition to getting more education, women also tend to find work in the more reliably stable service sector, while men still congregate in highly cyclical goods-producing industries.

In total, the evidence on youth unemployment suggests education remains the best insurance against being jobless. It’s not noisy university graduates belly­aching about debt loads and unpaid internships that we need to worry about—it’s male high school dropouts.

All the complaining from college campuses says more about inflated expectations than limited job prospects, observes Schirle. “Anecdotally, it seems the majority of my students expect to complete their undergraduate degree and immediately find a secure job with a salary that would place them in the top 5% to 10% of Canadian earners,” she says. “No doubt it takes some time for their expectations to adjust after leaving school.”

While we wait for those expectations to catch up with reality, we ought to focus our energies on convincing teenage boys to stay in school. And take up nursing.