The jobs that won—and lost—in the Harper years

Some occupations did wildly better than others, both in terms of the number of jobs and what they got paid. Here's how they all stacked up. 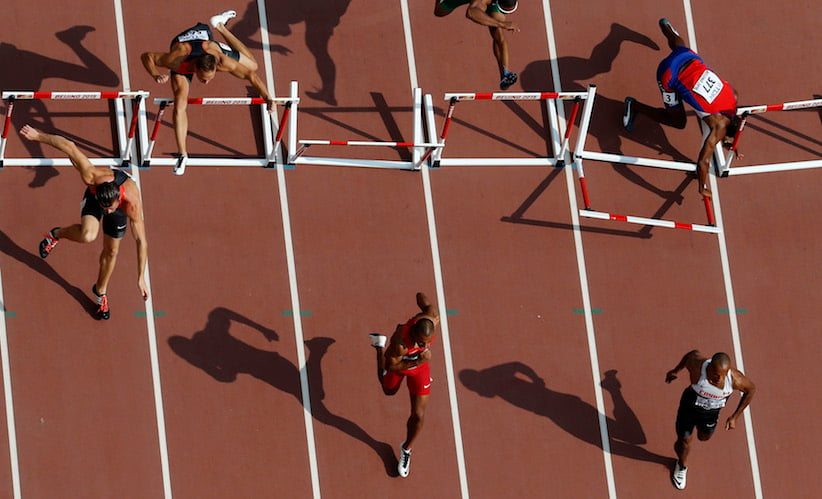 Since the federal election campaign began, the Conservatives have emphasized the strength of Canada’s job market—particularly, how it’s performed since the end of the recession relative to other countries—as a key element of their re-election pitch to voters.

But talking about the job market in aggregate, whether it’s the unemployment rate, job growth or wage gains, fails to capture all the moving parts. Some did wildly better than others, both in job gains and what they got paid. Here’s what the past nine or so years under the Harper government looked like. (On mobile, tap to open in a new window, then zoom in to explore.) 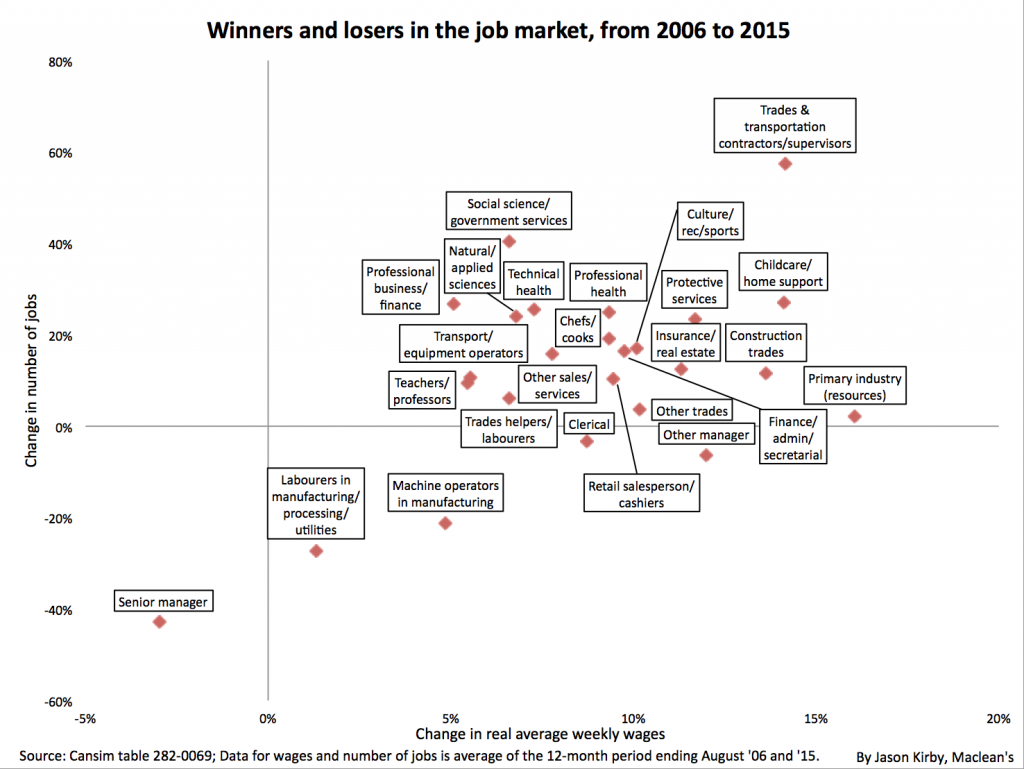 (Update: The occupations in the chart reflect the broad occupational classifications used by Statistics Canada in reporting wages and employment. Not all specific occupations are listed. For instance, journalists are a sub-category of culture, recreation and sport.)

Hands-down, the hardest-hit occupation was senior managers, with the number of jobs in that occupation down a whopping 43 per cent, while real (inflation-adjusted) average weekly wages were down three per cent. (Don’t pity them too much; they’re still the highest-paid, with an average weekly wage that’s twice the average of all other occupations.) We looked at the phenomenon of the disappearing boss in Canada earlier this year. As battered as that group was, though, the pain was contained: It is the smallest occupation category of the lot, accounting for around 40,000 jobs.

On the other end of the spectrum, contractors and supervisors in trades and transportation absolutely crushed it, enjoying the highest employment gains and finding themselves among the top three increases in paycheques.

A few other thoughts. The strongest real wage gains were in “occupations unique to the primary industry” (natural resources). That shouldn’t come as a surprise, given the oil and gas boom in Alberta that lasted through much of the Harper years. However, the number of people employed in that occupation was up just two per cent. That reflects the steep declines the industry suffered during Harper Recession I, as well as the fresh round of layoffs that occurred in Harper Recession II.

As for the other track of Canada’s two-track economy, the manufacturing sector, its pain shows up in the decline in the number of jobs and the tiny wage gains.

Which occupations were closest to the average?

In wage gains, which increased by an average of nine per cent, four occupations hit that bang-on: professional occupations in health, retail salespersons, clerical occupations and chefs/cooks.

When it came to employment growth, transport and equipment operators matched the average increase of 11 per cent.

In case you’re wondering, here is the latest count for the number of jobs in each occupation (with their full classification title).