Why Canada should still put a price on carbon, despite Trump 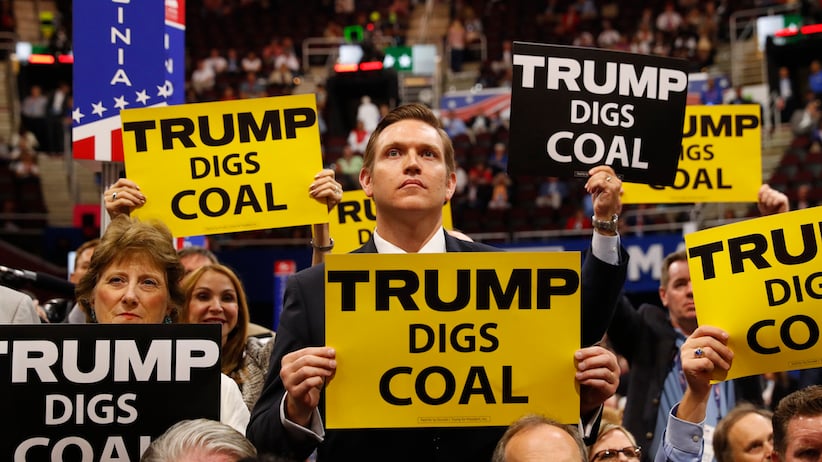 It seems pretty likely at this point that a future President Trump isn’t going to implement a national carbon price in the United States. What does this mean for Canada? Does the result of last week’s election mean that we should scale back our ambition to price carbon?

Unambiguously: No, it does not.

Let’s start with the basics. First, competitiveness pressures from carbon pricing are a real concern. When policy imposes higher carbon costs in Canada relative to other countries, there’s a risk that economic activity or investment—not to mention the greenhouse gas (GHG) emissions associated with them—might simply shift toward the jurisdiction with weaker policy. This “leakage” is neither economically nor environmentally helpful. If economic activity and GHG emissions simply relocate across the border, global emissions remain unchanged, despite the cost to Canada from the reductions in output and employment.

As our largest trading partner, the United States plays a big part in our economic competitiveness. Economic modelling drawn from a recent Ecofiscal Commission report illustrates this point. The chart below compares outcomes under two carbon-pricing scenarios. Under the first, Canada goes it alone, pricing carbon at a rate that gradually rises to $100 per tonne by 2027. Under the second, the United States implements a similar policy to Canada’s. For each scenario, the analysis quantifies the actual reductions in Canadian GHG emissions plus the extent to which those emissions reductions in Canada are caused by their “leakage” across international borders. The result is clear: a harmonized Canada-U.S. climate policy would significantly reduce emissions leakage due to those competitiveness effects. 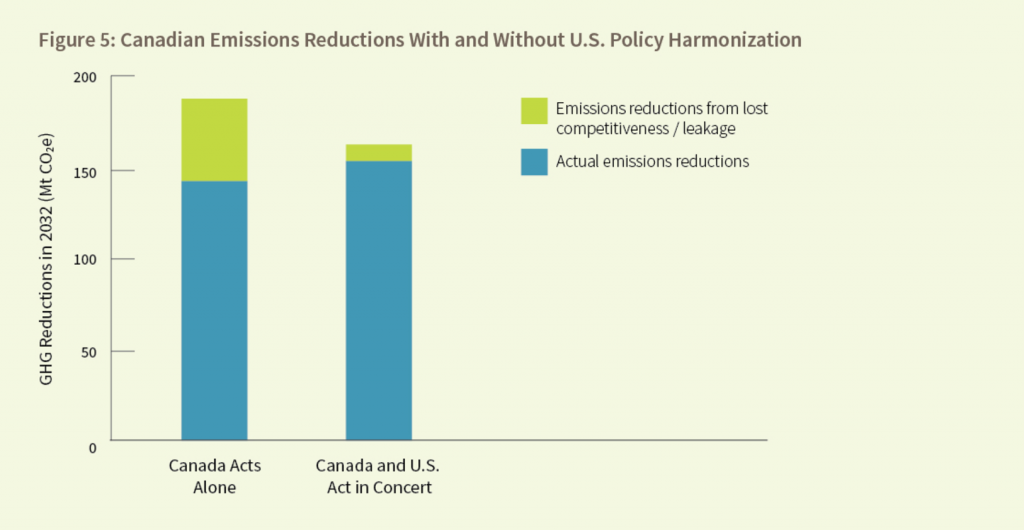 Here’s the thing: this was all true a month ago, and Mr. Trump’s electoral victory doesn’t really change the underlying economics of carbon pricing. Yes, the United States might end up unwinding it’s Clean Power Plan. But an economy-wide carbon-pricing policy, of the kind that Canada is now working towards, was never imminent in United States. And that’s exactly why Canadian provinces have been designing their carbon-pricing policies to protect the competitiveness of their business sector.

As Alberta, Ontario, and Quebec have all demonstrated, the key to leakage-proof carbon pricing is smart policy design. In each of these provinces, the policies will provide targeted support for sectors that are especially vulnerable to competitiveness pressures from a carbon price—the “emissions intensive and trade exposed” sectors. The policies do this by providing some free emissions permits or other financial support based on levels of economic production.

To see what is going on here, note that there are two problems that need to be addressed, and two instruments needed for the job. The first problem is to reduce GHG emissions, and the best instrument for this is the carbon price itself. The second problem is to prevent firms from leaving our jurisdiction to set up operations elsewhere, and the best instrument is the targeted support, which creates an incentive to continue to produce and employ within the province. Together, the carbon price and the targeted support create incentives to reduce emissions by improving performance—but not by shrinking or shutting down production.

The chart below shows how providing this sort of targeted support can address competitiveness pressures and reduce leakage. Again, our modelling shows emissions reductions under alternative scenarios for how the carbon-pricing revenues are “recycled” back into the economy. In four of the scenarios, policy provides no targeted support to industry because the revenue is instead used to finance transfers to households, reduce income taxes, or make investments in cleaner technologies. In the absence of U.S. policy, a significant amount of leakage occurs in all these cases. Yet when the carbon-pricing revenues are used to provide support to the economy’s emissions-intensive sectors, the competitiveness impacts drop by more than half. 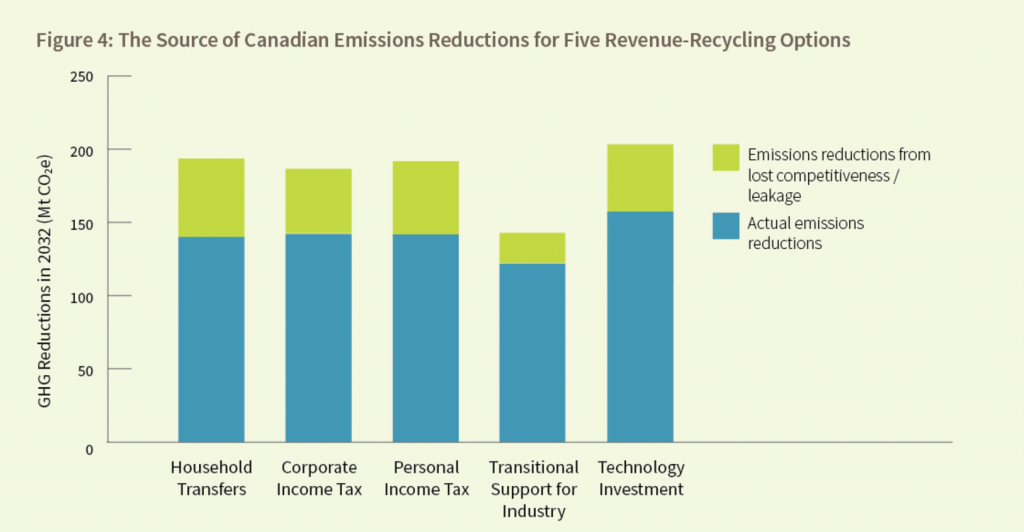 So far, we’ve talked about the potential costs of continuing down Canada’s carbon-pricing path, even if the United States lags in terms of its own policy. What about the benefits? For the most part, the recent changes in the American political landscape don’t change the fundamentals of carbon pricing policy.

Second, carbon pricing is still a cheaper way of reducing GHG emissions than other policies. Flexible, technology-neutral policy lets the market (rather than the government) identify the lowest cost paths to reducing emissions. It also drives low-carbon innovation, further reducing the long-term costs of emissions reductions.

Third, policy delay is still costly: waiting for the United States to catch up will only increase the cost of achieving deep emissions reductions at some point further down the road. In the absence of Canadian carbon-pricing policy, we’d be likely to continue investing in carbon-intensive infrastructure, making it difficult and more expensive to change course later. Gradually and predictably phasing-in a carbon price now is much better for Canada’s competitiveness than shocking the economy with sudden, aggressive policy later.

If Mr. Trump follows through on his promises, the implications for climate change are troubling. But at the end of the day, his election does not really change the underlying economics for Canada; nor does it change our need to design carbon-pricing policies in a heads-up manner. Smart, well-designed carbon pricing that addresses competitiveness concerns still makes economic and environmental sense. For now, keep calm, and carry on.