Why China is so worried about labour unrest 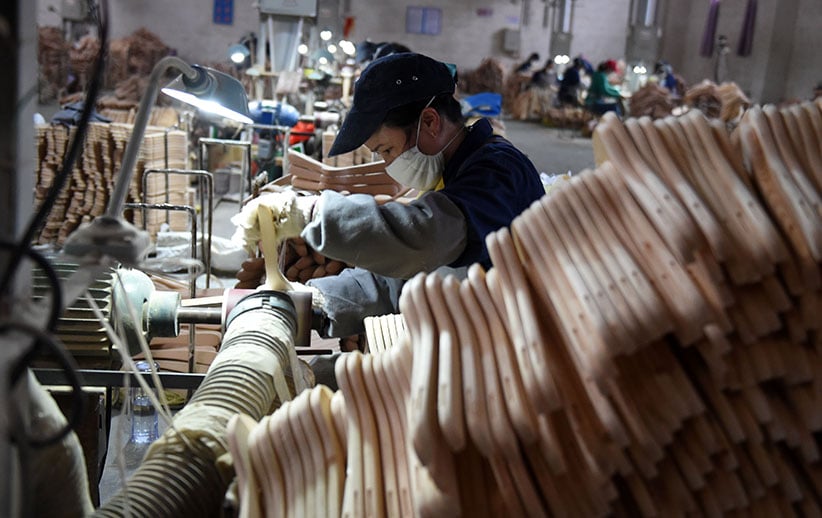 In 2009 the global economy was still a few months away from crawling out of recession when British historian Niall Ferguson warned darkly, “There will be blood.” For the most part, Ferguson’s pessimism would prove unwarranted—the widespread civil wars and political violence he foresaw didn’t materialize—but one bloody incident that occurred later that year bears remembering today. That summer, at a government-owned steel factory in northeastern China, an estimated 30,000 workers took to the streets to protest pending layoffs. In the ensuing riot, workers at the Tonghua steel plant stormed the office of executive Chen Guojun. And then they beat him to death.

A wave of riots and protests swept across China’s industrial cities in 2008 and 2009, of which the unrest at Tonghua was just one example, but they have largely faded from memory in the West. The massive stimulus program deployed by Beijing, one that was more than twice the relative size of America’s rescue plan, worked exactly as it was supposed to: It reignited growth and put China’s expanding army of restless unemployed back to work. For the surprisingly large number of Western business types who hold that China’s model of centralized economic planning is superior to the plodding inefficiency of capitalist liberal democracies, China’s speedy response only strengthened their conviction. “What we’re seeing is that the Chinese command-and-control system can actually work more effectively than other market-based systems in times of economic stress,” the Asia chief for investment bank Morgan Stanley, Stephen Roach, gushed to Newsweek in 2009.

And yet now, a mere six years later, central command in Beijing once again finds itself faced with rising labour unrest as the life sputters out of the Middle Kingdom’s economy. In the first five months of 2015, there were triple the number of labour strikes as in the same period in 2014, according to data from the Hong Kong-based China Labour Bulletin, while mass protests by workers against layoffs are on the rise.

This time, however, the blunt tools policy-makers once deployed are no longer an option. The stimulus may have kept factories open, but wasteful investment spending spawned massive oversupply of capacity in many industrial sectors, created credit and housing bubbles that make even 2005-era America look thrifty and left China at risk of a Japanese-style lost decade of deflation.

Don’t be fooled by China’s still-impressive-sounding economic growth numbers. The country’s official bean counters claim China’s GDP is on track for seven per cent growth this year, a six-year low, yes, but an enviable figure nonetheless. The problem is, none but the most gullible believes even that reduced number is true. It simply bears no resemblance to what’s happening in China’s factories, shops and households. Consider this: In the first quarter of 2015, electricity growth in China expanded by just 0.2 per cent from the year before. Based on that metric, Christopher Balding, an associate business professor at Peking University in Shenzhen, recently suggested that China’s true GDP growth may be no more than one to three per cent.

At the same time, China, a country that came to be known as the world’s factory floor last decade thanks to its seemingly endless supply of cheap labour, now finds itself priced out of the market due to rising labour costs. Higher wages are a good thing if they can be sustained. But to the extent that they’re a by-product of artificially induced investment, higher labour costs may do more harm than good as companies turn to cheaper rivals like Mexico and Vietnam.

With the economy slowing and worker unrest increasing, Beijing has made fostering labour peace an “urgent task.” The release of a recent policy paper, gloriously entitled “the Communist Party Central Committee and the State Council’s opinion on the construction of harmonious labour relations,” has been taken as a sign of how worried officials are that social unrest is spreading. They should be. And yet officials’ hands are tied. Pursue stimulus to revive the economy and they will inflate China’s already crippling debt bubble; push ahead with reforms to liberalize the economy and they risk labour unrest becoming even worse than it was in 2008-09, posing an existential threat to the Communist Party.

That China finds itself back in this bind so soon is yet further evidence that so much of China’s manufactured economic miracle was merely a mirage.