Why government must play a role in attracting foreign investment

It's dangerously naïve to think governments should not try to influence foreign companies to invest in Canada, writes Paul Boothe 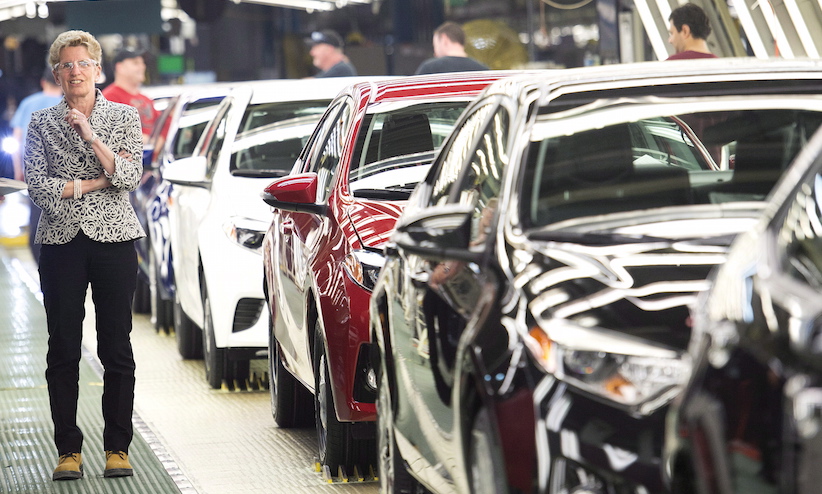 Prime Minister Justin Trudeau went to Japan a few weeks ago and spent some time with Japanese auto executives telling them about the benefits of making cars in Canada. Some, like Toyota and Honda have been here a long time and they produce high quality vehicles at competitive prices in Ontario. Others have yet to be convinced to locate some of their production here. It’s great that the Prime Minister recognizes that part of his job is building these relationships and marketing investment in Canada. Early in his mandate, he is already making it an integral part of his foreign travels.

Yet some commentators believe that firms’ investment decisions should be left to so-called market forces and that governments should not be marketing their jurisdictions or otherwise trying to influence firms’ investment decisions. This belief is dangerously naïve. It is based on the highly stylized “freshman” economic model of perfect competition that assumes many competitors offering identical products. This is a useful model for first-year students in the classroom. In the real world, however, jurisdictions with different value propositions compete for investment in a market where information is incomplete, established relationships reduce uncertainties and marketing plays a valuable role.

It is not only newcomers to Canada that make investments. In fact, an important source of foreign investment comes from global firms that are already operating here. In the first of two case-study research projects for Ivey’s Lawrence Centre we looked at examples of successful ‘mandate’ attraction by General Electric Canada, IBM Canada, Siemens Canada, and Toyota Canada. In each case, significant investments in the firms’ Canadian operations were made with resulting increases in output, employment, innovation and exports.

The kinds of investments we looked at varied significantly. Some were R&D mandates (IBM, Siemens), some were production mandates (Toyota) and some were a mixture of both (GE). Products associated with the mandates ranged from autos to robots to the technology behind ‘smart’ electricity grids. Finally, some went head to head with the global firm’s operations in other countries, while others were designed to be unique. Despite these differences, when we compared them, we came to understand that they all shared five key elements.

The first was that the project proposal to headquarters originated in Canada and was led by the CEO of the global company’s Canadian operations. It appears that having a local CEO looking to build the global firm’s business in Canada and willing to personally make the case to global management is a critical ingredient in the drive to attract mandates.

The third common element we found was the Canadian operation’s track record of successful implementation of past projects. An established track record gave headquarters’ executives confidence that the risks associated with any new venture would be well managed.

Not surprisingly, all of the proposals we examined were accompanied by a fourth common element—a compelling business case. While competitors might be in the lead in a particular area (for example, labour costs), when the overall returns and risks of the investment were weighed, the Canadian proposal came out on top.

Finally, in all cases, governments were committed, sustained and visible partners. This commitment was not only reflected in competitive financial support, but also in the willingness of ministers and senior officials to repeatedly travel to global headquarters to reinforce the CEO’s key messages regarding Canada’s value proposition.

Smart marketers know you can focus a lot more effort on a sale if you target your customers strategically. Identifying and connecting with the CEOs that want to build their business in Canada is a good way to do that. While competitive financial support is part of the package, it is not enough to win. Governments have a critical role in helping to build confidence in the package as well. Foreign investment is an important pillar of any plan to build a globally competitive economy, and prime ministers and premiers have a critical part to play by getting out and selling Canada.

Paul Boothe is Professor and Director of the Lawrence National Centre for Policy and Management at Western University’s Ivey Business School.