Well, perhaps not me personally—but there are plenty of young, hard-working immigrants like me grinding through Canada’s bureaucracy 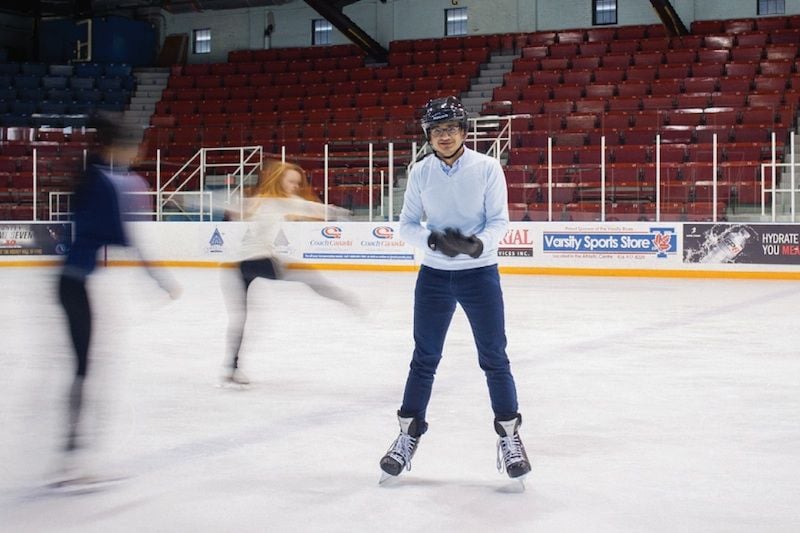 Canadian Business senior editor Murad Hemmadi’s feature story on how Canada’s immigration system is failing the country’s high tech sector has a personal dimension: he’s currently in the process of applying for permanent residency, and so has been able to observe the system first-hand. Here’s his story, which first appeared in Canadian Business.

As of June 16, 2017, I will no longer be welcome in Canada. On that date, my Post-Graduate Work Permit expires, and I have to leave the country. There’s no telling when—if—I’ll be able to return.

I arrived in Toronto on September 12, 2010. As a precocious (read: full of himself) teenager, I thought I was headed for the Ivy League. Then reality set in: I couldn’t afford a U.S. education. Luckily, the self-styled “Harvard of the North” accepted me, so to the University of Toronto I came. It helped that I had an aunt in the city who generously agreed to put me up for the duration of my degree. (A decision I’m sure I gave her cause to regret, with my tendency to return home in the wee hours and my litre-a-week ice cream habit.) Once here, though, Toronto quickly became home. I have a job, an apartment and relationships here. Bombay, the city of my birth, is a place I haven’t called home in years. India, the country of my citizenship, holds no special place in my heart.

Until quite recently, it would have been relatively simple for me to stay. But changes to Canada’s immigration policies that took effect last year have made the path to becoming a permanent resident much more difficult for international students. It’s a sucker punch for the thousands of young people who have bought into Canada’s “nation of immigrants” tag line, who hope that their personal and financial commitment to this country will be recognized and rewarded. It makes little sense to court bright foreign talent to enrol in Canada’s universities, educate them and allow them to integrate, only to uproot them and send them away. But this isn’t just a sob story; it’s an economic issue.

The problem was caused by trying to solve another one. In January 2015, the previous Conservative government implemented a new permanent residency system, called Express Entry, to speed up processing times and prioritize economic immigration. Businesses would be able to hire foreigners with special, in-demand skills without replacing Canadian workers. As part of the overhaul, the government also took a separate program commonly used by international students to gain residency and lumped it in with the Express Entry process. Now, applicants like me are up against everyone else who wants to immigrate to this country.

I’m currently putting together an application for permanent residency. I’m collecting documents, consulting lawyers and comparing notes with friends who are doing the same. Come June, I’ll create a profile for myself in Citizenship and Immigration Canada’s online Express Entry database. Then I’ll wait to be chosen, either by Ontario or in one of the monthly draws from the Express Entry pool. Under the current system, my qualifications and skills are converted into points—the more I have, the better my chances. I score the maximum for being young and for my excellent English. My degree earns me a few more, but there are no extra points for earning it in Canada. Add it all up, and I have fewer than 450 points, the lowest the bar for entry has ever dropped. I’d get an extra 600 points if I qualified for a Labour Market Impact Assessment (LMIA), a document showing my employer can’t find a Canadian to do my job. That’s a requirement engineers and software developers can often meet; journalists, not so much.

Look: Canada can probably do without me, personally. But I’m not the only young person facing this predicament, and losing potentially thousands of international students each year isn’t good for the country or its companies. According to the Canadian Bureau for International Education, 51% of international students plan to apply for permanent residency. We’re Canadian-educated, so our degrees and qualifications need no translation. We’re culturally integrated and linguistically compatible. We’ve paid hundreds of thousands into the public purse in the form of frankly ridiculous international tuition fees, and we have acclimatized to Canadian winters. We know that coffee is spelled “Tim Hortons” and that poutine is a superfood.

Consider the country’s demographics, too. “Canada has a shortage of talented 20-somethings in all areas,” says Mike Moffatt, an assistant professor in the Business, Economics and Public Policy group at Ivey Business School at Western University. “We need people who are going to be working for the next 30 to 40 years, paying into CPP [and] creating economic growth to allow the baby boomers to have the full pensions they’re expecting.” The demographics issue is particularly acute in mid-size cities like London and Windsor, Ont., which have trouble retaining young people and desperately need 20- and 30-somethings to start families and lift the local economy.

We’re also incredibly valuable to our employers. Vancouver tech startup Mobify has hired a number of international students. Some don’t meet the LMIA requirements because they work in non-technical fields. “But they’re highly valuable to us, because they’re already here and they have that knowledge and skill base,” says Tanya Kensington, the company’s senior director of people and culture. The spouse of one Mobify employee recently had to go back to school to allow the couple to stay in the country.

Ontario has its own program for international students with job offers, which allows applicants to potentially skip the LMIA requirement. But Toronto lawyer Stephen Green says employer approvals aren’t being processed fast enough. “If you go to the website, they say you get an answer in 90 days,” he says. “You don’t! So [they’re] giving out misinformation, and suddenly everyone’s freaking out. And we’re losing amazing people.” In any case, the allocation for that scheme fills out rapidly—Ontario stopped accepting most classes of applications on May 9 this year.

The new federal Liberal government seems to be aware of the issue. On March 14, Minister of Immigration, Refugees and Citizenship John McCallum signalled that making it easier for international students to gain residency would be part of a broader review of the Express Entry system. “I believe international students are among the most fertile source of new immigrants for Canada,” he told reporters, saying he wanted federal-provincial talks on the matter. Ideally—from my own selfish perspective—that would mean a quota or a program specifically for international students. The government could also follow the advice of the Canadian Chamber of Commerce, which recently recommended that applicants be awarded points for earning a Canadian post-secondary degree. Whatever form the changes take, the immigration lawyers I’ve spoken to—both as a journalist and as a client looking at my options—have suggested they are likely to come within a year.

In the meantime, it’s possible that I could obtain permanent residency under the current system, if the bar falls low enough. But for now, I’m filling out my forms, resigned to the fact that I may well have to book a plane ticket to Mumbai in the coming months. One-way.