Why Ottawa should bail out homebuyers if house prices tank

If American households ruined by the housing crash would have received as much attention as Wall Street, the world would be a different place today 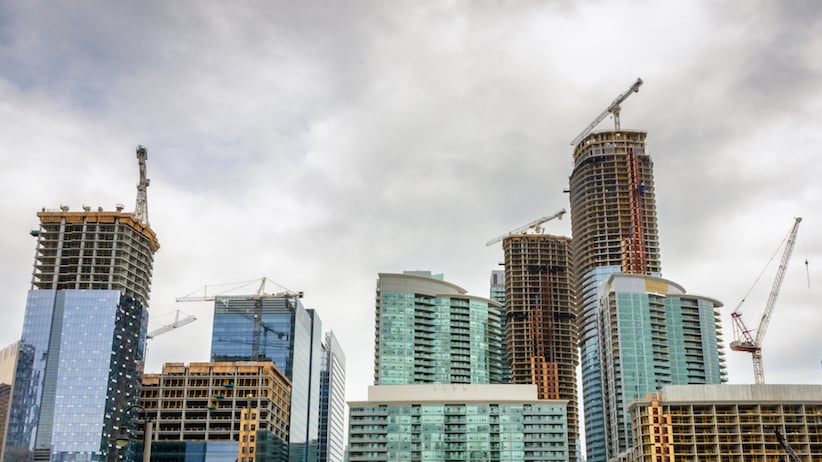 If you don’t know them personally, you’ve read about them: the woebegone residents of Vancouver, Toronto, and the surrounding areas of those two cities who bought too much house. Some of you pity them; so unfair their time to buy arrived at the frothiest stages of a property bubble. But I bet just as many of you are disdainful. You ask: Why the hell don’t these people rent?

Hold onto those competing impressions. We will be coming back to them.

The economy just survived a scare. For a few weeks in May, Home Capital Group Inc. looked like it would become the first Canadian financial institution to collapse since the 1990s. But HomeCap still is with us, and the chatter that its troubles herald a housing meltdown has subsided. “From the very beginning, we have seen this as a Home Capital issue as opposed to a broader issue,” Finance Minister Bill Morneau told the Globe and Mail on May 12.

Home Capital, a subprime lender, is too small to cause much trouble on its own. (Its mortgages account for about one per cent of the total market.) Most of its customers would be covered by government insurance, the Office of the Superintendent of Financial Institutions would ensure an orderly death, and vultures would swoop in quickly to grab the valuable assets.

READ MORE: The war for control of the Home Capital story

That doesn’t mean the episode should be dismissed. Speculative bets against the Canadian dollar and the country’s banks spiked, suggesting confidence in the country’s financial system was rattled. That matters. As Joe Castaldo of Maclean’s described in excellent detail, psychology is the difference between boom and bust. Goldman Sachs, the New York-based investment bank, put the odds of a Canadian financial crisis in the near future at 30 per cent. Carson Block, a muckraking American investor known for exposing companies with dodgy financials, told Bloomberg News on May 31 that he was “starting to believe that there could be some real problems with Canada.”

Short sellers such as Block can’t always be trusted. But academic research also offers reason for concern. Atif Mian of Princeton University and Amir Sufi of the University of Chicago have teamed up to do some of the best work on the origins of the financial crisis. Their newest paper uses historical data from multiple countries to show that an increase in the ratio of household debt to gross domestic product over a three-to-four-year period predicts a decline in economic growth. Canada fits the description. The past isn’t prologue; however, we ignore its lessons at our peril. It is time to start preparing for the worst.

READ MORE: The risk of a financial crisis in Canada is growing

And that brings us back to those suffering new homeowners in Vancouver and Toronto.

If things go bad, they will deserve a lot of the blame. Governments, the central bank, and lenders tempted them with numerous incentives to buy, but no one forced them to take out mortgages they couldn’t afford. But what if I told you the only way to end the recession they might trigger would be to use your tax contributions to bail them out? Don’t like the sound of rescuing your profligate neighbours? Sorry, a crisis is no time for schadenfreude.

David Dodge, the former Bank of Canada governor, told me earlier this year in an interview about housing policy that he would nationalize the mortgage insurance industry; not because he is a Communist, but because it always will be taxpayers who clean up the messes of bankers, especially when it involves houses. “History tells us, and political analysis tells us, that no government can stand aside while the financial market is being brought down by the collapse of the mortgage market,” he said.

Ottawa’s instinct likely would be to save the banks. That’s just how these things go. The received wisdom is that you fix a financial crisis by making sure the lenders are solvent. That way, they can keep the economy going by lending to businesses and households.

Mian and Sufi want policy makers to update their crisis playbooks. The banks got most of the money when the U.S. financial system imploded in 2008 and it didn’t work that well. The biggest banks survived, but they stashed most of their rescue funds. The Great Recession was followed by an epically slow recovery.

In retrospect, the flaw in the U.S. rescue efforts is obvious. In their 2014 book House of Debt, Mian and Sufi argue the recession was caused by a decline in consumer spending. Low interest rates, a willingness among creditors to lend to just about anyone, and widespread fraud eventually led to a wave of defaults in 2006 and 2007. The poorest households were wiped out first. As home prices crashed, many were left with assets worth less than the mortgages. That was critical because those are the people who have the highest propensity to spend. The U.S.’s post-millennium credit binge ended up flooding its main economic engine.

If those ruined households would have received as much attention as Wall Street, the world would be a different place today. Washington’s priority should have been organizing a mass rewriting of home loans to align the principals with the reduced value of the assets. That would have supported demand by allowing homeowners to get above water. By reducing the number of defaults, such a program also would have buoyed housing prices. Creditors make little effort to get the best price for the assets they obtain in foreclosures. Fire sales kill property values.

Former president Barack Obama wanted to help homeowners. His attempts floundered, mostly because when the time came, there was too little political support to make the programs work. American taxpayers, via their elected representatives, loathed saving millionaires and billionaires on Wall Street. But they essentially refused to help their neighbours and fellow citizens. That decision probably felt right; anything else would reward stupidity. But I wonder how it felt living through double-digit unemployment rates? Stupidity was widespread.

The argument against rescuing homeowners is moral hazard. That’s the notion that those who know they will be saved will inevitably engage in risky behaviour. It’s endemic in finance. The biggest banks borrow at lower rates than smaller rivals because creditors assume—like Dodge said—that governments always will rescue any institution that is “too big to fail.” Canada’s banks drove down mortgage rates in a fight for market share because the federal government insures most of the risk. Some economists reckon the same principle applies to individuals. So if the government bailed out homeowners, it only would be encouraging future buyers to take out big loans. Maybe. But Mian and Sufi argue that households think differently than big institutions. They say moral hazard assumes a level of sophistication that most individuals simply lack. Banks and other big companies employ lots of smart people to figure out ways to game the system. Some individuals might take a similar approach; Mian and Sufi say most couldn’t be bothered.

I’m not predicting an economic catastrophe in Canada. The country’s banks likely have enough capital in reserve to withstand a wave of defaults if prices in Vancouver, Toronto and elsewhere correct dramatically. There would be little reason to worry about a big lender going bankrupt. But there are good reasons to take seriously the possibility that Canada’s credit binge could end in a recession. Probably, we would just muddle through it. Another contribution of Mian and Sufi is evidence that financial crises divide the political process, making timely action difficult. Politicians would be scared to rescue the same homeowners who caused the recession. But it would be the right thing to do.