Why the difference between taxing and trading carbon matters 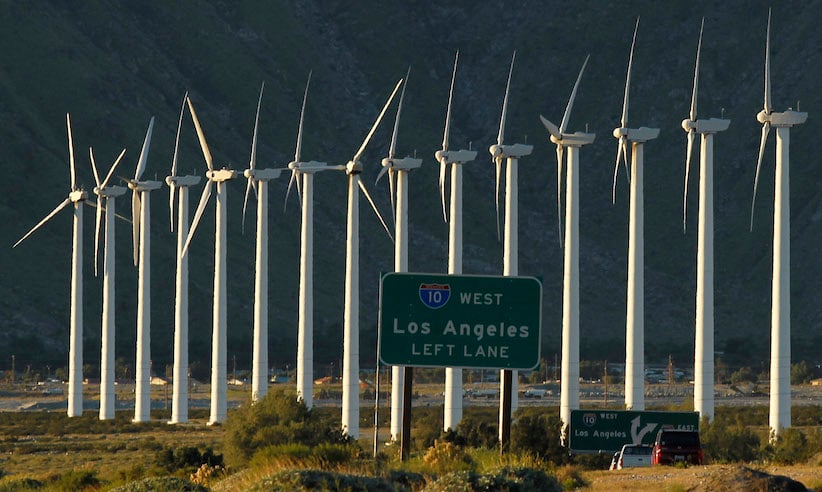 Windmills are seen at a wind farm in Palm Springs, California, which has a carbon trading system similar to what’s planned in Ontario. REUTERS/Lucy Nicholson

Carbon pricing is the headlines again. Last week Prime Minister Justin Trudeau told premiers they could impose carbon pricing themselves or Ottawa would impose it for them. Yet, misunderstandings abound about what carbon pricing can and cannot do. The confusion comes from supporters and opponents alike. Even some economists, for whom prices are second nature, seem confused.

Generally, carbon pricing comes in two varieties. The first is a carbon tax, which sets a price on carbon directly and lets individuals and companies decide how much carbon to produce. The second is cap and trade, which sets the maximum quantity of carbon available and lets individuals and firms decide how much they want to pay to produce a share of that fixed quantity.

Economists will tell you that the two varieties are different sides of the same coin, but they are not. Carbon taxes give cost certainty. For this reason, they are often favoured by firms. However, the future quantity of carbon that will be produced in the face of carbon taxes is quite uncertain. This is because no one produces carbon for its own sake. Rather, it is a by-product of producing something else. So the quantity of carbon produced depends not only on the price, but on all the factors affecting the production of the goods and services for which carbon is a by-product. To know the future impact of carbon taxes, we need to have good forecasts of factors like GDP and energy prices. Unfortunately, we do not.

In contrast to a carbon tax, cap and trade offers certainty in terms of quantity, leaving uncertainty around the cost of carbon produced. This form of carbon pricing is favoured by environmentalists who are focused on meeting carbon reduction targets. Future costs are uncertain because some future technologies that will reduce carbon by-products are currently unknown. Further, we are not sure how much access we will have to lower-cost reductions in other jurisdictions, or what the price of those lower-cost options will actually be.

Economists like carbon pricing because pricing, in general, does a good job of sending supply and demand signals across the economy. With a price on carbon, individuals and firms have an incentive to change habits or develop new technologies to reduce carbon production. They can reduce waste—like planning their shopping trips more efficiently or changing production processes to use less energy. Pricing creates incentives for people and companies to economize on carbon.

That said, carbon pricing has its limits. For example, it does nothing to address questions of fairness. Economic theory offers many concepts of fairness with many different outcomes for the welfare of individual citizens. Having the same carbon price across jurisdictions is fair only when all jurisdictions and individuals are exactly the same. Unfortunately, this is not the case.

More surprisingly, on its own, carbon pricing doesn’t ensure that resources are allocated efficiently in the economy. Achieving the lowest cost for reducing emissions requires markets and trading. Trading ensures that the limited amount of carbon permitted is allocated to the people and businesses that value it most highly. If there is no trading of carbon between provinces and sectors, provinces will be able to keep all the tax or auction revenue within their borders, but some individuals and companies will likely pay more than is necessary for the carbon they produce. For example, if Ontario ‘went alone’ on cap and trade, businesses and consumers in the province would face a higher carbon price. By linking its market with California’s, where lower cost reductions are available, the price of carbon in Ontario is driven down.

Some economists mistakenly equate a higher carbon price with a more effective carbon policy. Our goal is to meet our carbon target at the lowest possible cost, not the highest. To achieve this goal, we should promote carbon trading between jurisdictions with different costs. If we allow trading between low-cost and high-cost provinces, we should arrive at a carbon price that is roughly equivalent across Canada. This is quite different from mandating that everyone should face the same price.

Carbon pricing is an important means to achieving our 2030 target, but it is not a goal in itself. In some cases, other approaches to reducing emissions, like regulations, will be necessary. To use carbon pricing effectively, we need to have a clear understanding of how it works and what it can and cannot achieve.