Why the loonie shot higher. And what it means for you 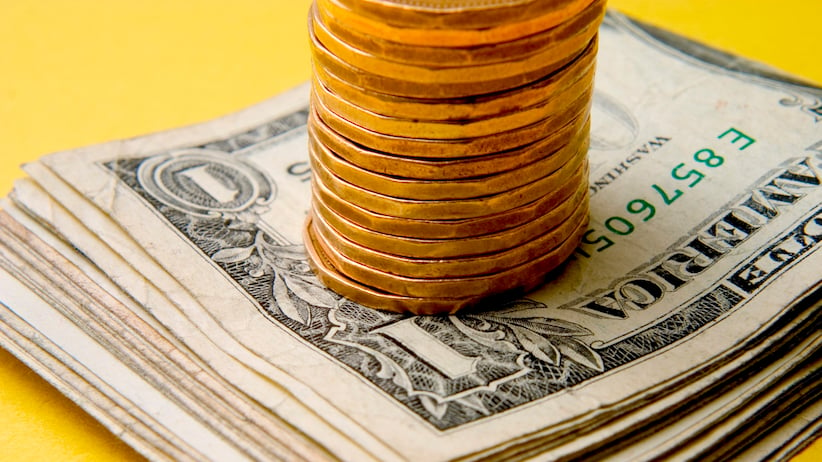 Currency traders sure are a twitchy bunch. A couple of months ago, they were selling Canadian dollars faster than Tanzanian shillings. Suddenly, they fell back in love with the loonie. Canada’s currency is going for about 80 U.S. cents this week, a 10-percent-increase from early May.

Why the loonie is rising

A few things, the most important of which appears to be that global investors caught up with what was going on in the global economy, recognizing the growing evidence that Canada’s economy is back in a solid groove.

No slight against Tanzania, but Canada’s dollar didn’t belong on a list of the world’s weakest currencies this spring. The economy had been on a roll since the latter part of 2016, and oil prices had recovered somewhat. But instead of analyzing the data, traders were taking their cue from the Bank of Canada, which hadn’t fully embraced all the positive indicators. On July 12, the central bank finally did so, raising interest rates for the first time in seven years. It was a wakeup call for the markets. Most of the dollar’s appreciation has occurred in the past couple of weeks.

Foreign-exchange rates are imperfect indicators of economic strength. Speculative impulses cause currencies to climb too high and to tumble too low. Still, a currency’s value generally reflects the fundamentals. Canada’s dollar is back at 80 U.S. cents because the Canadian economy is currently among the strongest in the world. The International Monetary Fund updated its economic forecasts on July 25, predicting Canada’s gross domestic product will expand 2.5 percent this year. That would be a percentage-point improvement from 2016, and better than any other country in the Group of Seven rich economies.

Next closest is the United States, where the IMF estimates GDP will grow 2.1 percent in 2017. So there’s a big gap between first and second at the G7. Unsurprisingly, the U.S. dollar has been falling as Canada’s currency recovers. There always is an element of U.S. weakness in Canadian-dollar strength, and vice versa. Essentially, what’s happening now is global investors are repricing Donald Trump. The IMF cut its outlook for the U.S. because it no longer thinks the U.S. president will get the big tax cuts he promised in the campaign. Traders took note, and now are on the hunt for better bets than Trump’s chaotic America.

If there is one thing that could get Canadians talking about something other house prices, it’s the loonie

But instead of obsessing over the gap between the U.S. and Canadian price on the back of the new Annie Proulx novel, take a look at your stock portfolio. Not so long ago, there were limits on the international assets Canadians could stash in their Registered Retirement Savings Accounts. Those restrictions were removed in 2005 and wealth managers have been urging us to diversify ever since.

Still, we’re hardly riverboat gamblers when it comes to our savings. We like what we know, making U.S. stocks a popular way to diversify. Many Canadians would have been feeling pretty good about their American stock picks this spring. Consider a blue-chip equity such as Amazon, which has gained more the (US) $250 this year, or almost 40 percent. If you own it, you are doing ok. But because exchange rates are reflected in the overall return on stocks listed overseas, you were doing a lot better in early May, when a loonie bought a mere 73 U.S. cents.

Or think about it this way. Mississauga, Ont.-based Cott Corp. announced on July 25 that it sold its soda business to a Dutch company for (US) $1.25 billion. The company said it will use the proceeds to pay off debt as it transitions to a new business plan built around water, coffee, and tea. If Cott had closed the deal in May, it might have made an extra $100 million, give or take, assuming they converted the proceeds into their home currency. That’s real money.

Most companies hedge against changes in the exchange rate, but it’s hard to guard against shifts as rapid as what’s happened to the Canadian dollar in recent weeks. International sales in U.S. dollars no longer are worth as much as they were earlier this year, which will dent profits. Some firms now may be scrambling to find ways to reduce costs, as international clients could be less keen to buy Canadian now that the exchange rate is less of an advantage. Tour operators likely will feel an immediate impact, as American tourists could look at Canada as a destination that no longer is on sale. Canadian travelers may feel like they can afford to go abroad for the first time in a couple of years.

Yet something doesn’t feel right about the rising loonie

“The value of the Canadian dollar went up too much, too fast over the last few weeks,” Luc Vallée, chief strategist at Laurentian Bank Securities, said on July 17, when the exchange rate was around 78 U.S. cents. Canada’s dollar typically tracks the value of oil, and crude prices have been weak lately. That suggests the recent gain is based not only on stronger economic data, but a perception that the central bank is keen to keep raising interest rates.

That’s an aggressive bet. It’s not at all clear the central bank is planning many more increases. Governor Stephen Poloz said future changes will depend on data. And while indicators such as retail sales and exports are solid, there is little evidence of inflation, meaning the central bank faces no serious pressure to cool the economy. In fact, currency markets now are helping the central bank in that regard, since a stronger currency essentially has the same effect on the economy as higher interest rates because it will reduce exports and corporate profits.

Market participants anticipate a second interest-rate increase in October. By bidding up the dollar, they are giving Poloz a reason to disappoint them. Vallée’s advice: sell the Canadian dollar now while it’s hot, and then buy it back at a cheaper price before it goes even higher. By that reasoning, the currency traders weren’t wrong; they just bid the currency up a little too far too fast.