Why the Mineral Exploration Tax Credit is such a bad idea

With taxpayers worried about government spending, we should demand better than the renewal of a credit that represents a wasteful use of tax revenues 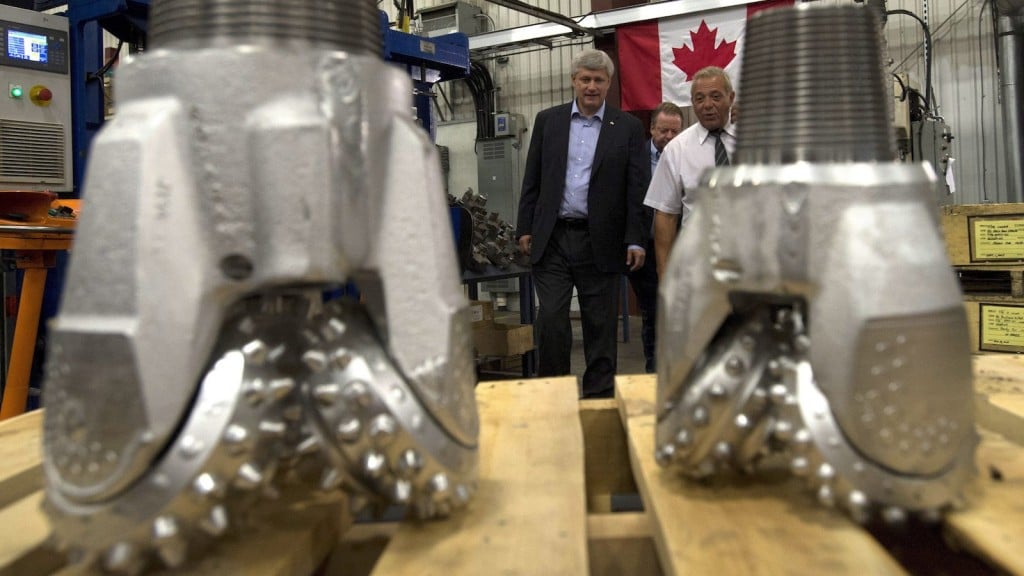 As I am sure all of Canada knows (and much of the world), Canada’s much awaited gross domestic production (GDP) numbers came out Tuesday. Everyone, by now, knows the punchline, but buried in those numbers were little gems that I was certain would lead to policy announcements today. And I was right. The first ones out of the gates have been the Conservative Party of Canada (CPC) which announced an extension to and enhancement of the Mineral Exploration Tax Credit.

Before I talk about what that is, let me explain why I expected this. Those GDP numbers released yesterday showed that outlays in mineral exploration fell: 19.6 per cent in the first quarter and a further 33.2 per cent in the second quarter. In fact, outlays on mineral exploration have been falling since hitting a historical peak in the first quarter of 2012; an unsurprising fact since metals and mineral prices have also been falling since hitting a peak in the latter half of 2011. And every time prices and outlays tank, we have a tendency to announce some preferential tax treatment for the sector.

Now the Mineral Exploration Tax Credit is not new, nor is it a CPC idea. The tax credit actually dates back to 2000, under the then governing Liberal party. At that time, it was called the Investment Tax Credit for Exploration (ITCE) and was intended to be a temporary measure, expiring in 2003. The impetus for the ITCE was low metal and mineral prices which, unsurprisingly, caused a significant contraction in exploration. Despite metal and mineral prices rebounding by the time the ITCE was set to expire, it continued to be renewed for one-year periods. When the CPC party took power in 2006, they rebranded this tax credit the Mineral Exploration Tax Credit, but continued the trend of announcing sunset dates, and then extending it as that sunset date approached, most likely under lobbying pressure from the mining industry.

Harper himself just this morning announced that the METC would be extended for yet another three years and the tax credit would be further enhanced, from 15 per cent to 25 per cent, for projects in remote areas. And this is despite mounting evidence that shows the tax credit only serves as a tax planning tool for wealthy investors.

Understanding the METC and its critiques, however, requires you to understand the overall tax regime related to investment in mining exploration, in particular flow through shares. I think we can all easily understand that natural resource exploration is wrought with lots of expenses and that those expenses are incurred long before the potential for income. This means exploration companies incur expenses that are not matched to any income stream. This is a problem because to calculate taxes owed, we always allow for the deduction of expenses from income before calculating taxes owed. This is what is called the matching principle. But you can only take a deduction if you have income to offset that expense.

So mining exploration companies have a deduction that they can’t use immediately. In addition, they need capital to fund their exploration, but because the risk associated with exploration is high, they have difficulty attracting investors to fund this exploration. Enter the flow through share regime, formalized in our tax code in 1986.

The flow through shares regime allows for the deductibility of exploration and development expenses incurred by corporations principally engaged in mining or exploring for minerals (as well as oil, gas, and clean energy) to be flowed through to their investors. That is, an eligible company issues new common shares to finance exploration and development and designates these shares as flow through shares. An investor that purchases these flow through shares then gets both the share and a tax benefit (the ability to deduct the expenses incurred by the corporation).

Let’s see this regime in action before adding the METC to it. For these purposes we will just focus on the federal taxes for ease of explanation.

Is this is a good deal for taxpayers? If they can recoup the tax expenditure, then I think we can indeed say yes. We recoup this tax expenditure with the sale of the shares. For the taxpayer to obtain back the tax investment, the shares must be sold at an increase of more than 300 per cent under the 15 per cent tax credit regime and much more under the new expanded tax credit. How likely is this? Very unlikely. Again, Department of Finance figures show that the pre-tax return of FTS is between -22 per cent and -33 per cent, a very poor investment indeed.

How much does this regime cost the treasury? According to the Department of Finance, the FTS regime alone has cost between $250-$548M and the additional METC costs between $40-$150M a year, depending on the size of investments. These numbers further suggest that the amount of investment in FTS is actually rather low, despite claims to the contrary. In fact, most money raised for exploration (approximately 90 per cent ) is done through plain vanilla common shares.

What other benefits accrue? Not many. Because FTS are purchased mostly at the same time (right before the end of the tax year), exploration corporations are all needing to ramp up exploration at the same time. Because of this increase in demand for scarce resources (equipment and labour), it only serves to drive the price of these costs up. Because of the rise in the price of exploration costs combined with the limited money raised through the FTS vehicle, the incremental exploration activity due to the preferential tax regime alone is not particularly high.

There is no evidence that the METC induces increased exploration activity over that stimulated by commodity prices. On the investor side, the METC subsidizes high-risk investments and appears to be predominately used for tax-planning purposes by high-income taxpayers rather than for calculated investment purposes. The consequence is that the tax credit channels investment money away from other more lucrative, but unsubsidized investments. In fact, the rate of return of investments that qualify for the METC have been very poor, suggesting that the tax regime is the sole impetus for the investment. On the administration side, the METC regime is associated with high administrative and compliance costs, benefiting only tax lawyers and accountants.

At a time when taxpayers are concerned about government spending, deficits, and value for money, the METC (in both its old and new form) represents wasteful use of tax revenues and taxpayers should demand better from its government.