The NDP says a $15 minimum wage for workers in federally regulated industries would boost wages for 100,000 people, however that number is not supportable by the evidence 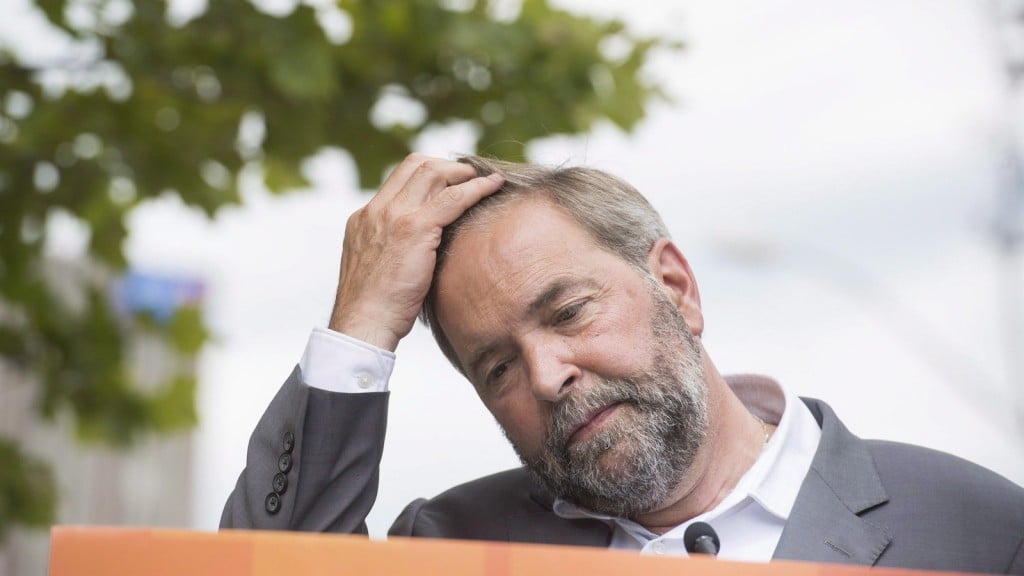 The New Democratic Party has proposed reinstating the minimum wage for workers in federally regulated industries and increasing it to $15 by “the end of our first term in office” (presumably, 2019). But how many workers will directly see their wages go up from this measure? It turns out to be fewer than you may think.

This question has caused a great deal of controversy, in part because there have been no serious attempts to model the effects of this proposal. This, in itself, reflects very poorly on the state of Canadian democracy, as voters are being asked to judge a proposal without being given the tools to do so.

A number of Liberal party supporters and candidates on Twitter cited a government study on federally regulated industries showing that only 416 of those workers made minimum wage in 2008. The 416 number is factually accurate, but completely irrelevant for analyzing the policy; New Democrats have correctly pointed out that what matters is not how many federally regulated workers made minimum wage, but, rather, how many would be making less than $15 an hour. Using that very same study, they estimate the number is 100,000. However, they did not attempt to account for factors such as differences in employment levels between 2008 and 2019, as well as differences in nominal wages between the two years, including the fact that Alberta will already have a $15 minimum wage in place by 2019, so this federal minimum proposal will not directly boost the wages of any workers in that province.

Let’s attempt to model the effects of employment and wage growth to see how many federally regulated workers would be directly affected by a $15 federal minimum wage in 2019.

As a starting point, I will attempt to recreate the NDP’s results by using the same study on federally regulated workers. The study breaks workers down into a number of wage categories, and shows that, in 2008, out of the 820,216 workers in federally regulated industries, one per cent had hourly wages of under $10, four per cent had hourly wages between $10 and $12.49, and 10 per cent had hourly wages between $12.50 and $19.99. In order to determine how many workers made under $15 an hour, the NDP methodology assigns all the individuals that make less than $10 (Category 1), all who made between $10 and $12.49 (Category 2), and a portion of the individuals who make between $12.50 and $19.99 (Category 3) to an “under $15″ bucket. This is a rather elegant solution that I will adopt by assigning one-third of all individuals in the $12.50 to $19.99 category to an under-$15 category.

The NDP only assigns 24 per cent of the Category 3 workers to the under-$15 group, whereas I will assign a full 33.3 per cent. As such, my initial estimate of the number of workers who would benefit from the plan is more than 23 per cent larger than what the NDP estimates.

Next, we need to account for employment growth in federally regulated industries between 2008 and 2019, which should increase our overall number of people who benefit from the minimum wage policy. We do not have complete data on the growth of employment in federally regulated industries from 2008 to 2015 and, naturally, we do not know what will happen between 2015 and 2019. We can, however, make some reasonable estimates based on general employment trends. The Labour Force Survey’s Table 282-0888 reports that overall employment has grown at an annualized rate of 0.75 per cent from 2008 to 2015. Industries associated with federal regulations appear to be growing at a slower rate than average, with “finance, insurance, banking and real estate” growing at 0.57 per cent, and public administration actually shrinking by 0.17 per cent per year.

There is another way to estimate the growth in employment in federally regulated industries. The study of federally regulated workers indicates that the sector shrunk by 20,000 between 2004 and 2008, though it cautions that the “2004 survey is deeply flawed,” and advises against making comparisons between the two studies. Another source we could use is the federal government’s annual reports on the Employment Equity Act, which contain data on federally regulated workplaces of 100-plus employees. In 2008, 90 per cent of federally regulated employees worked for firms of this size, so these data are useful for our purposes, though they’re not entirely complete. Starting from the most recent 2014 report (which contains data from 2013) and working backward through all the available studies, we find that the number of these workers has shrunk somewhat, though there is a great deal of year-to-year volatility:

Next, we need to account for the fact that nominal wages typically increase over time. The wage data in the federally regulated workplace study are from 2008, but the $15 minimum wage does not become fully active until 2019. Since nominal wages will have grown during this period, we need to account for the fact that a job paying $14.50 in 2008 would probably be above $15 by 2019, so would not be directly covered by the proposal. What we need to do is work backward and estimate an equivalent wage in 2008 to $15 per hour in 2019, in order to determine the number of workers directly affected by the proposal.

We should also consider sectoral data, since wages can increase at different rates in different fields. For example, average part-time hourly wages for the “finance, insurance, real estate and leasing” sector grew at 2.54 per cent, but median part-time wages for that group only grew at a tepid 1.54 per cent per year.

Different methodologies could produce different results. Another possible method would be to use the wage categories from the employment equity studies. The 2011 report states that 139,025 federally regulated workers, both part- and full-time, covered under the sample made salaries of less than $30,000 in 2010. This 139,025 figure should not be used directly as an estimate of people making less than $15 hour, as it does not cover all federally regulated workers, and many of the part-time workers in this category made more than $15 an hour.

However, it is useful to see how this figure evolved over time. The 2014 report shows that the number of workers making less than $30,000 per year declined to 104,978 in 2013—a decline of 8.94 per cent per year over three years, thanks largely to workers “graduating” into higher-wage categories. If we take our 123,033 under-$15 estimate from 2008 and reduce that figure by a compounded 8.94 per cent per year over 11 years, that leaves us with 43,916 workers making less than $15 an hour in 2019. This estimate is well within the range of our more extensive earlier methodology. Given that two different methodologies yield similar results is comforting, though I would be delighted to see estimates from other analysts using different methodologies and/or data.

Of course, none of this takes into account the fact that a $15 minimum wage for federally regulated workers could result in higher-income workers receiving raises through a cascading effect, nor does it account for the effect it might have on provincial minimum wage laws. Conversely, it also does not account for any employment losses that the policy could cause through automation or offshoring of jobs. The specific NDP claim that 100,000 workers will directly see a raise is not supportable by the evidence, with the true number likely being somewhere between one-quarter and one-half that number.

Mike Moffatt is an assistant professor in the Business, Economics and Public Policy group at the Ivey Business School. He has worked with Canadian politicians and policymakers of all political stripes to craft more effective public policy, including his most recent role as an outside economic adviser to Liberal Leader Justin Trudeau.
FILED UNDER: employment Jobs minimum wage NDP