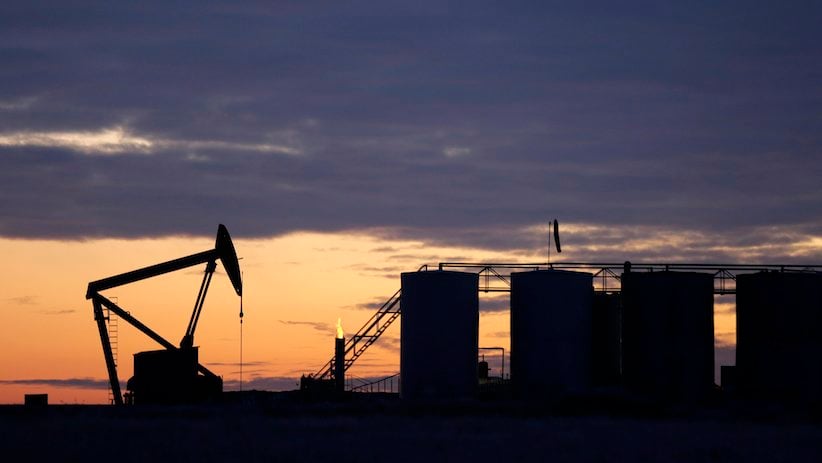 In February 2014, I rang up Bob Hoye, a financial forecaster in Vancouver well known for his bearish outlook, to talk about where oil prices might be headed. It was an engaging and enlightening interview, and it led to this column. Here’s an excerpt:

So what does Hoye see coming down the pipe for oil, that sludgy lifeblood of the Canadian economy? “Somewhere in the next couple of months, the price advance in crude will probably have maxed out for this business cycle,” he says. “It’s easy to say that crude oil could fall to 25 per cent of its recent high. It will change things enormously.”

At the time, West Texas Intermediate oil was trading for a little more than US$100 a barrel, which, if Hoye’s forecast played out as he saw it, meant oil would soon top out and begin to plunge toward US$25 a barrel.

You can imagine what my inbox looked like in the following weeks. Messages and comments flooded in, mostly anonymous, dismissing Hoye’s forecasting record and pointing to Maclean’s dour covers about the housing market. (For the record, I stand by everything we’ve written about Canada’s housing bubble, now more than ever). Among the more charitable comments I got: “You’re a horse’s ass.”

But one Alberta reader was particularly incensed and aimed to set me straight. I am not going to use the individual’s name. We gave this person an opportunity to submit a signed letter for the magazine, but were turned down. Looking back now, with oil prices having fallen nearly 50 per cent since June, the letter encapsulates the entrenched thinking about energy markets that was so prevalent as recently as a year ago.

Here are parts of the email. (I made minor edits for grammar and readability):

I wonder what will happen first? Maclean’s long-standing claim of a housing market crash in Canada or oil returning to $25 a barrel? One problem with Mr. Hoye’s thesis is that the U.S. cannot export crude by law. So extra production in the U.S. does not reach international markets, but displaces U.S. imports. Should extra Saudi crude be travelling the high seas looking for a home, the Saudis would cut production.

Well, a funny thing happened along the way. Yes, America has an export ban on oil. Yet, despite that, America is now exporting more oil than it has in decades.

This has occurred due to loopholes in the ban, which was put in place after the price shocks caused by the 1970s Arab oil embargo. Companies can sidestep the ban by exporting refined fuel, such as gasoline or diesel, while there is also an allowance for crude exports to Canada. Both types of exports have surged. At the same time, U.S. officials appear to be turning a blind eye as companies sell certain types of lightly processed oil abroad.

As for Saudi Arabia, government officials have made it abundantly clear they are willing to keep on pumping oil and to let prices fall further. It’s part of an urgent gamble that lower prices will kneecap those rivals that have usurped OPEC’s dominance, such as the Canadian oil sands and America’s fracking industry, which both have higher operating costs than Saudi producers. At the end of December, Saudi oil minister Ali al-Naimi said he won’t budge from this commitment to maintain output and defend Saudi Arabia’s market share, even if oil prices fall to US$20 a barrel.

Back to the letter:

For Mr. Hoye’s prediction to come true, a few things would need to happen.
1) The parabolic spike in U.S. production has to continue. Have you ever seen a parabolic chart continue into infinity?

No, I haven’t. But there is no law that states production has to go on being parabolic forever for an oil glut to form. Besides, as the chart below shows, U.S. oil production was booming for three years before prices reacted. This shakeout has been coming for a while.

2) Libya, Iran, Iraq and Kazakhstan crude that has either been offline due to wars or technical problems comes on line simultaneously.

This didn’t happen across the board. Libya’s oil output is one-third of what it was in 2010, and Iran is also struggling. But production in Kazakhstan has been rising in recent years, while Iraq, despite ongoing security concerns, is pumping more oil than it has in years.

3) Traders unwind [their futures bets on higher prices] all at once.

That’s exactly what happened, in frantic fashion. The massive unwinding of speculative bets on rising prices helped drive prices lower in the past few months. There’s some evidence that trend is ending, though, with more traders once again betting that prices will rise rather than fall.

4) OPEC and Russia refuse to cut supplies in the face of building stockpiles.

OPEC did just that (see above). Russia, well, Russia is in no position to cut supplies. Falling oil prices, combined with sanctions imposed on it as a result of its aggression in Ukraine, have blown a hole in the country’s economy. Russia is revenue-starved and needs to sell every barrel of crude it can get its oily paws on.

5) That entire formations of tight oil and oil from shale will be as prolific as the originally chosen drill locations. I am suspect about the haloes being as productive. I think the sweet spots have been drilled.

This remains the big question, and opinions are divided. Many, including the International Energy Agency, argue that by 2020, supplies of oil locked in shale rock will begin to decline, at which point, U.S. production will taper off, threatening the world once again with an oil shortage crisis.

The flip side is that, as has always been the case with rising commodity prices, human ingenuity will prevail and lead to the development of new extraction technologies, the discovery of untapped energy sources and higher productivity (thus lower costs) in the energy sector.

As an aside, there’s been a fair bit written lately about the work of Julian Simon, a business professor at the University of Maryland whom Wired magazine once called the Doomslayer. In 1980, Simon entered into a now-famous bet with ecologist Paul Ehrlich over the future direction of commodity prices, as measured by a basket of five metals. Ehrlich—who, in his 1975 book The End of Affluence, predicted resource scarcity would soon lead to a Malthusian catastrophe of food riots, martial law and nuclear war—took the view that resource production had peaked and would drive commodity prices higher by 1990. Simon, who had everlasting faith in human ingenuity, wagered prices would instead fall, which they did. As he wrote in his 1980 book, The Ultimate Resource (by which he meant “people—skilled, spirited and hopeful people”): “The history of energy economics shows that, in spite of troubling fears in each era of running out of whichever source of energy was important at that time, energy has grown progressively less scarce, as shown by long-run falling energy prices. . . . The long-run trends in energy prices, together with the explanatory theory of induced innovation, promise continually decreasing scarcity and cost—just the opposite of popular opinion.” (You can read his book here.)

Again, that was in 1980. Incidentally, the real price of oil, adjusting for inflation, is now more than 40 per cent below where it was when Simon and Ehrlich made their commodity bet.

Finally, back to the letter’s conclusion:

I don’t know much about crude oil markets—having degrees in geology, economics, formerly working as an investment banker, futures trader and geologist—but I suspect $25 oil has a lot of headwinds.

Since we’re now a little more than $25 away from hitting that price, those headwinds don’t seem nearly as strong anymore.