Why the price of oil may be about to tank

'Crude oil could fall to 25 per cent of its recent high': expert 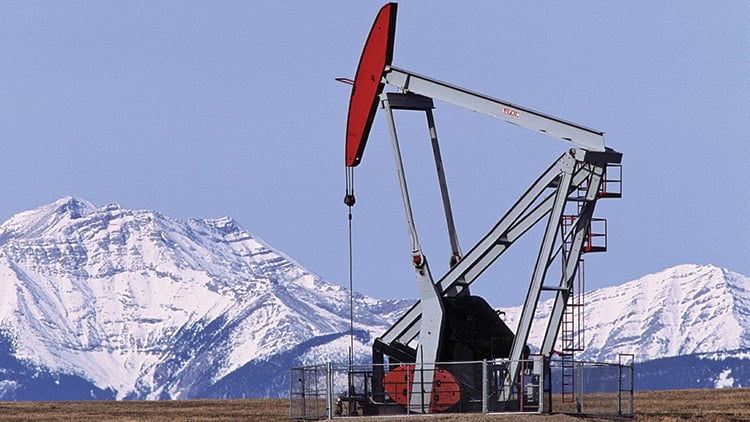 It’s easy to get lost in the incremental gyrations of oil prices. “Oil rises on colder weather,” screams a headline one day, only to be followed the next by “Crude edges down on inventory report.” When not being driven by “fears over the Middle East,” crude is being hammered by “weak Chinese data.” You’d almost think energy analysts have a roulette wheel of explanations they spin each time prices move a notch: “Well, what will it be today? Oh ho! Emerging market turmoil it is.”

Which is why it’s so refreshing—and to be frank, scary—to talk with Bob Hoye, the Vancouver-based financial analyst, professional crisis spotter and student of the long view. Ask Hoye about where oil prices are headed and you’ll be taken on a journey through the coal panic of the 1860s, the collapse of the late-19th-century bubble in whale oil and the energy crisis of the 1970s. Hoye has a knack for looking past the hype in any market and determining when mania has reached a fever pitch. In 2005 he began warning of a recession on the horizon. By mid-2007, when most forecasters expected a mild correction in U.S. house prices, he predicted, “This is likely the biggest train wreck in financial history.”

So what does Hoye see coming down the pipe for oil, that sludgy lifeblood of the Canadian economy? “Somewhere in the next couple of months the price advance in crude will probably have maxed out for this business cycle,” he says. “It’s easy to say that crude oil could fall to 25 per cent of its recent high. It will change things enormously.”

There are several elements to Hoye’s forecast for a 75 per cent drop in prices, but let’s focus on just a couple. Perhaps most important is the energy revolution under way around the world. You’ll have heard of peak oil, the theory dating back to the 1950s and embraced with great enthusiasm last decade, that petroleum extraction will hit a wall as recoverable supplies run out. You’ll also notice you don’t hear much about it anymore. That’s because new discoveries and technologies for extracting petroleum, like hydraulic fracturing, have sparked a boom in production. The U.S. is on track to produce more oil this year than at any time since the 1980s.

A similar story has played out in natural gas. Barely a decade after America feared it was running out of recoverable natural gas, the U.S. is now producing more than it has at any time in its history. The result has been a collapse in prices, from around US$15 per million British thermal units in 2008 to below US$3 by 2012. (The price has recovered to about US$5.) Yet despite the sharp rise in oil production, light crude prices have mounted a bumpy climb from their post-recession low of US$34 a barrel to around US$102 today. If Hoye is correct, that price could soon tumble to around US$25 a barrel, invariably bringing the price of Alberta crude with it.

The second part of Hoye’s forecast rests on the craziness playing itself out in the futures market, where, as the name suggests, traders place bets on the future price of various commodities. While America’s energy revolution has been under way the past few years, he notes, large speculators have continued to believe oil prices have nowhere to go but up. Hedge funds and institutional investors have taken the largest net long position on crude in history, meaning they’re more bullish that prices will go up than ever before. Yet at the same time, commercial traders, who represent companies involved in the production and consumption of crude—and who use futures to protect their profits against falling prices—have their largest net short position in history, meaning they expect prices to drop. “These markets get distorted when you approach a top,” he says. “We’re at a point where it’s close to changing.”

It hardly needs pointing out that a price drop of the magnitude Hoye envisions would be crippling for Canada. While oil sands producers have pared their operating costs in recent years, they would be hard pressed to turn a profit with oil below US$30 a barrel. Nor is it clear the controversial Keystone pipeline would get built, even if Washington were to end its dithering and approve the pipeline’s construction.

Sometimes it’s necessary to step back from the day-to-day noise in markets to assess what’s really going on. But be warned, you might not like what you see.