Why your steak is about to get more expensive

Already rising faster than overall food prices, the cost of beef is about to take off 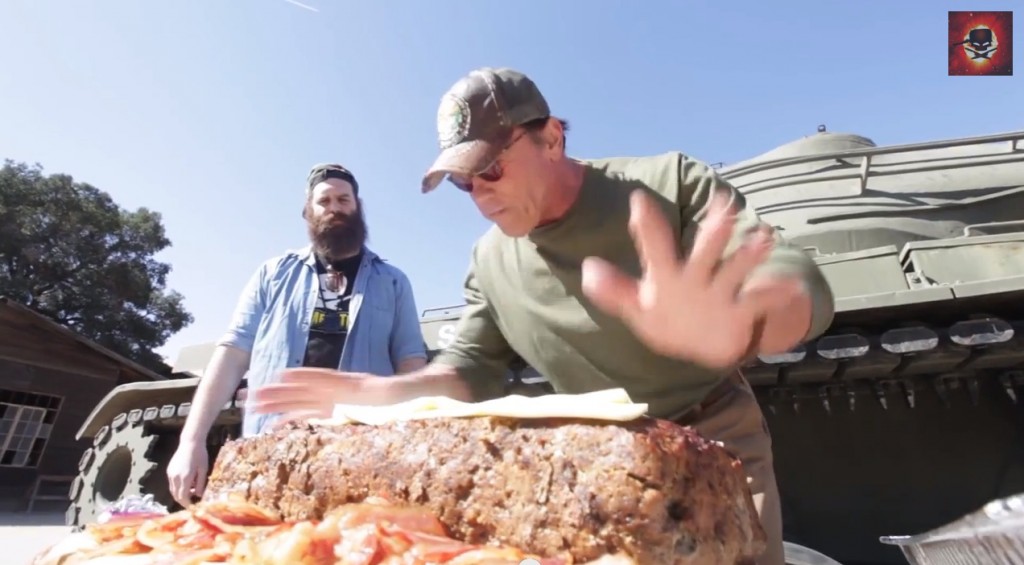 If you’ve never watched Epic Meal Time, an online cooking show produced out of Montreal, each episode follows the elaborate construction of extremely high calorie bacon-infused meals, always involving large chunks of meat, especially bacon, and anything else that will help drive up the fat and calorie count. Did I mention the bacon? Recent recipes included a 36,000 calorie pierogi and cheeseburger borscht and 45,000 calorie pork Cheetos. In an era when fast food chains are locked in an apparent arms race to gross us out with ever more heart-attack inducing menu items, the Epic Meal Time crew takes the bacon-flavoured cake. (Yes, they made one of those, too.)

An episode posted this week features Arnold Schwarzenegger, who proceeds to build the Steak & Egger, an 80,000 calorie sandwich comprised of slabs of bread, a pillow of beef, several ostrich eggs (cooked up on his personal M47 Patton tank) and countless slices of cheese and bacon.

They never say how much beef is actually in the sandwich, but let’s guess around 7 kg. What would that cost in Canada? The most recent consumer price index measure for sirloin beef (let’s assume Arnie doesn’t cheap out on the regular ground variety) pegged the average price across the country at $18.28/kg. So you’re looking at about $130 for that chunk of cow.

But whatever the price was then, it’s about to get much more expensive in the coming months.

On Thursday the George Morris Centre in Guelph put out a report focussed on the beef market. Over the past couple of years beef prices have outstripped the increase in overall food prices by a widening margin. In 2013 beef was up three per cent, compared to one per cent for food in general. In January alone, beef rose four per cent compared to food’s one per cent gain. 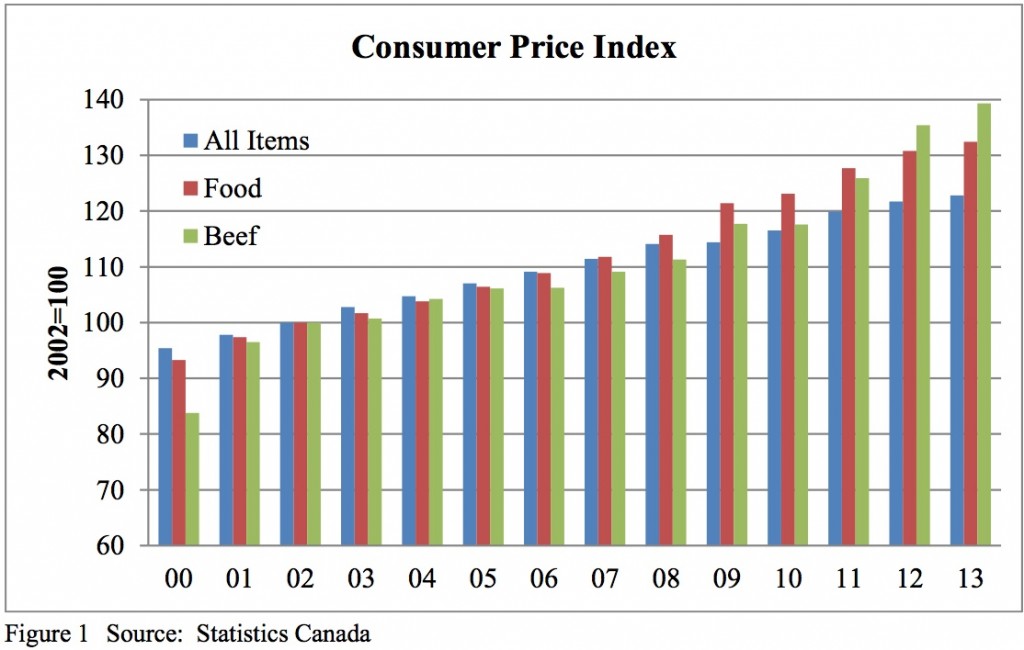 Several things are feeding into this. An improving economy has meant more people have been upscaling their choice of meat. At the same time, the Canadian cattle herd has been on the decline. As the Calgary Herald reports, Statistics Canada says there are 12.2 million head of cattle, down 0.7 per cent from a year ago and the lowest number since the early 1990s. Meanwhile the U.S. herd is the smallest it’s been in half a century. That’s lead to a huge run-up in cattle prices over the past few months.

The bottom line: If the history of cattle and beef price movements is any indication of the future, “then beef prices are headed up by another 5 per cent or so during the first half of 2014.”