With a global debt load of $291 trillion, these are dangerous times 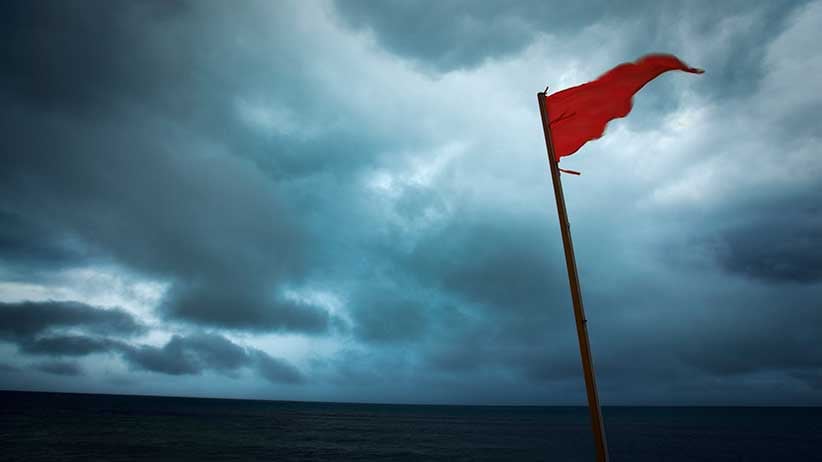 Scribes of my generation were programmed to keep numbers out of the first sentence of works of journalism. Now that we are in the second sentence, I can relay the Institute of International Finance’s latest tally of global debt: $291 trillion at current exchange rates. That’s the most ever, according to the IIF, the Washington-based lobby for big global banks and insurers.

What does one do with a number like that? Another contrivance of journalism is to convert big numbers into something concrete. So let’s see if that helps: the world’s governments, companies and households are on the hook for 18 million tonnes of loonies, which would be roughly equivalent to the weight of the 9.4 million cars and light trucks sold in Canada between 2013 and 2017. In other words, $291 trillion is a load.

But it doesn’t feel all that heavy, does it? Interest rates are low and global economic growth suddenly is pretty good. Last year was the best one for the global economy since before the Great Recession, and 2018 could be even better. Canada’s unemployment rate was 5.7 percent in December, the lowest on records dating back to 1976. The U.S. jobless rate was 4.1 percent, the lowest in 17 years.

The extraordinary policies that central banks and governments deployed to fight off a global depression finally are working. But those measures have been in place for so long, they now seem ordinary. Deficits and debt were something of an obsession during the 1990s and for most of the 2000’s. Not anymore. Donald Trump and his Republican enablers in Congress went ahead with their tax cuts even though every reputable forecast showed they wouldn’t pay for themselves. Canadian households are now among the most indebted in the world, despite repeated warnings from the Bank of Canada that their borrowing was getting out of control. The International Monetary Fund says China’s corporate debt has grown so large that it represents a threat to the global financial system.

It’s possible the post-crisis credit boom is peaking. The nominal size of any debt is less important than the debtor’s ability to keep up with payments. Stronger economic growth will make the burden easier, especially if interest rates remain relatively low. The IIF’s debt tally is the equivalent of about 318 percent of global gross domestic product, an incredible number. Still, the debt-to-GDP ratio has declined for four consecutive quarters, and 34 of the 47 countries in the survey have lower ratios than they had a year earlier. Corporate profits are strong, suggesting firms are in a position to reduce debt if they so choose. The Bank of Canada says stricter lending rules should stop Canadians from obtaining mortgages they can’t afford, while a strong labour market offsets the risk that real-estate bubbles in Vancouver and Toronto trigger a housing bust.

But there also are troubling signs. China seems wedded to its economic growth targets, even if that means financing unnecessary investment and allowing zombie firms to shuffle dangerously along. And then there is the United States. According to the Congressional Budget Office, the country’s debt-to-GDP ratio currently is about 91 percent, and Trump’s tax cuts will push that figure close to 100 percent. That’s a range that some economists say correlates with trouble. Jacob Lew, the previous U.S. treasury secretary, called the tax plan a “ticking time bomb.” Lew worked for Barack Obama, but worry over the U.S.’s finances is bipartisan. Only the purest ideologues think Trump’s legislative “victory” will be a win for the American economy over the longer term. The stimulus from lower taxes will put upward pressure on inflation, forcing borrowing costs higher. The federal government’s interest payments will rise, limiting Washington’s scope to finance infrastructure and other productive investments. Republicans will pursue spending cuts, which the Democratic minority will resist. Get ready for more years of gridlock and uncertainty in the world’s most important economy, all because Republicans wanted to secure a big corporate tax cut before an arbitrary deadline of Christmas 2017.

There is a risk Trump’s indifference to debt will spread. The IIF says other countries could attempt to outdo the U.S. for competitive reasons, as they did when Republican presidents cut taxes in the 1980s and 1990s. The pressure is already building in Canada, with tax-cut advocates such as the University of Calgary’s Jack Mintz arguing that Canada has lost its competitive advantage in North America.

The federal government and the provinces are going to have to give some serious thought to taxes. But as they do so, they will have to weigh the merits of lower taxes against the competitive advantage that can be had from sound finances (lower interest rates, stable exchange rate) and a spending regime that addresses income inequality and encourages productivity.

READ: On business tax, Liberals need to catch up to the U.S.

As this debate takes place, keep in mind that Canada’s debt problem is private, not public. Finance Minister Bill Morneau’s deficit of about $20 billion seems big, until you measure it against the size of the economy, when it becomes a meagre 0.9 percent of GDP. Net debt is about 30 percent of economic output, less than half of what it was in the mid-1990s. Five of 10 provinces have balanced budgets, including Ontario, Quebec and British Columbia. Saskatchewan thinks it will join that group by next year.

That isn’t an argument for complacency. Prime Minister Justin Trudeau and some of the provinces were able to offset the commodity-price crash of 2014-15 with deficit spending because Canada’s public finances were in excellent shape. Now that the economy has rallied for more than a year, governments should be making—and publishing—plans to reduce debt.

They need to do so not because Canada’s public finances represent a threat. Rather, fiscal stability will be an advantage at a time when so many economic actors will be weighed down by past borrowing. At a minimum, prudence demands that Canada’s governments get back to a financial position that would allow them to respond to the next financial crisis, which could be triggered by U.S. politicians, Chinese executives, or Canadian homeowners.

WATCH: How to keep from drowning in credit card debt