Eurozone official: time running out for Greece to avoid bankruptcy 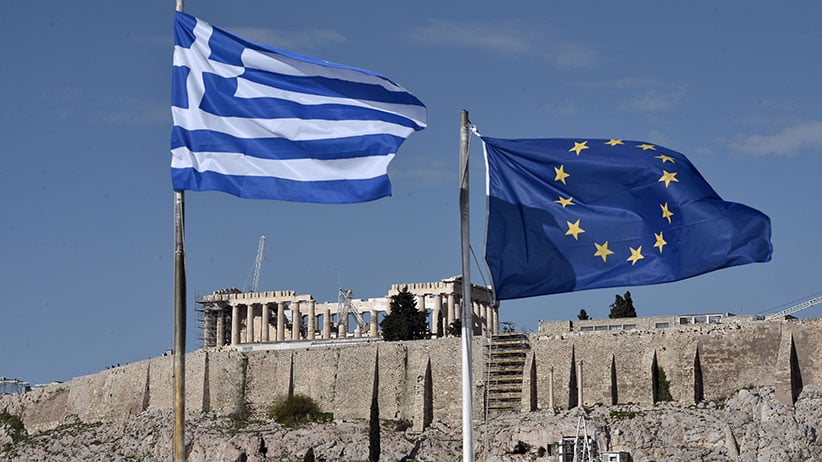 RIGA, Latvia – Time is running out for Greece to reach a deal with bailout creditors and prevent the government going bankrupt, the eurozone’s top official said Friday as he headed into discussions with his colleagues from the 19-country single currency zone.

Jeroen Dijsselbloem says there’s a “great sense of urgency” from all sides to get a deal done. However, he dashed any expectations that one would be secured at the meeting in the Latvian capital of Riga.

He said it’s particularly important for Athens that a deal is secured soon so the country can get the financial support it needs “to make sure there’s enough money available to keep the government running.”

Greece had an end-of-April date to agree to more reforms in exchange for rescue money its creditors had set aside. Without the money, Greece faces potential bankruptcy.

Though Dijsselbloem noted that “April isn’t over yet,” he said the deadline was far more important for Athens than the eurogroup.

For weeks, the meeting in Riga was expected to be the one where Greece’s immediate financial future would be sorted out. Greece’s left-wing government, elected in January on a mandate to bring crippling austerity to an end, would present its reform plans to its creditors in the eurozone. If all worked out as planned, Greece would be handed the remaining money available in its bailout program – 7.2 billion euros ($7.7 billion) – to pay off upcoming debts to its creditors in the eurozone and the International Monetary Fund.

After weeks of tortuous discussions that have yielded little besides distrust, Greek Finance Minister Yanis Varoufakis is not expected to present any reform plans at the meeting.

Creditors have demanded reforms that include sweeping changes to pensions and labour rules. But the Greek government has ruled out many key demands, arguing it was elected to end the kind of stifling budget austerity that contributed to a 25 per cent contraction in the economy. Its focus is geared far more on fighting corruption and increasing its tax take than more cuts.

Though fears of a potential Greek debt default and a subsequent exit from the euro have ratcheted up in recent weeks, the prevailing view in markets is a deal will be reached after much soul-searching and bickering – as in the past.

Many in the markets think Greece has until May 11, when eurozone finance ministers are scheduled to meet next, to secure a deal.

“While the prospects of possible Greek default haven’t receded, it would appear that the timing has been delayed once again as both sides try and come to a deal that they can somehow sell as a solution that will satisfy everybody,” said Michael Hewson, chief market analyst at CMC Markets.