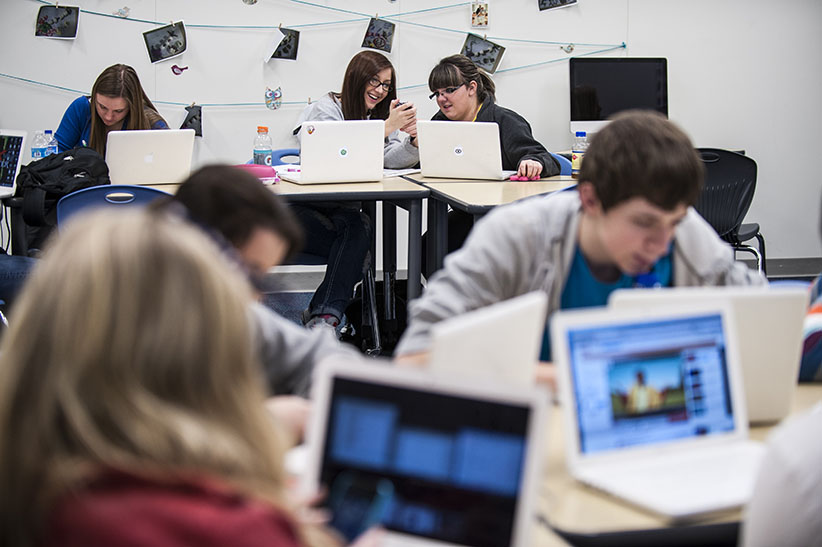 It’s odd to hear Facebook talk of the web as if it’s yesterday’s news. But that’s what Ilya Sukhar seemed to imply during a recent developers conference in San Francisco. The co-founder of Parse, an app-development company Facebook bought last year for some $85 million, unveiled a new feature called AppLinks that allows mobile applications, or apps, to be interlinked. The effect, it’s hoped, is to make navigating between smartphone apps as simple as surfing between web pages on a laptop. “This is how the web worked,” the 28-year-old Sukhar said, sounding like an archeologist explaining the function of a prehistoric tool.

AppLinks is merely the latest example of how Facebook, a social networking giant, is scrambling to adapt to an increasingly mobile world. Of Facebook’s 1.2 billion global users, just over one billion now access the service each month on a mobile device. While the figure has mollified concerns about Facebook’s ability to make the leap to mobile—the stock is up more than 22 per cent to $61 over the past six months— CEO Mark Zuckerberg knows it’s only because users are reluctant to abandon their vast friend networks, not because Facebook has built a particularly compelling mobile experience. Already, some have likened Facebook to a sort of Yahoo! of the smartphone universe: clunky, cumbersome and packed full of features no one wants.

Zuckerberg’s response, curiously, has been to reach into 1960s corporate America for inspiration. In effect, he is proposing to fashion Facebook into the world’s first social media conglomerate by dismantling, or “unbundling,” Facebook and its related businesses into a collection of separate, bite-sized mobile social networking apps: Facebook, Facebook Messenger, Instagram, WhatsApp (the last two bought for $1 billion and $19 billion respectively) and so forth. The embrace of the conglomerate model, largely discredited by the 1980s as unfocused and uncompetitive, flies in the face of what has been the driving goal of Silicon Valley’s biggest companies for the past decade: building a single, all-encompassing platform that can be used to deliver myriad services and, ultimately, advertisements to users.

The strategy is a bold one for a company hitting its stride, tripling first-quarter profit to $642 million amid revenue growth of 72 per cent to $2.5 billion. Up until now, one of Facebook’s key selling points, for advertisers and investors, was its sheer size. Moreover, Zuckerberg’s desire to simplify Facebook’s various offerings for a mobile world can only be accomplished by making the overall business more complicated—a recipe that seems fraught with risk. “I think they are thinking of the old adage, ‘cannibalize your own product before someone else does it for you,’ ” says Kaan Yigit, president of Toronto’s Solutions Research Group, a consulting firm.

The first hint of Zuckerberg’s new approach came two years ago when Facebook bought Instagram, a photo-sharing app that let mobile users dress up their pics with sepia-tinted filters. It wasn’t just the then-unheard-of price tag for an app that shocked investors, but also Facebook’s vague explanation of what it planned to do it. As it turns out, not much. Zuckerberg was mostly interested in Instagram’s fast-growing user base of 30 million, reasoning that the more time people spent on Instagram, the less time they’d be on Facebook. Better to own them both.

The same logic appeared to dictate Facebook’s massive WhatsApp purchase in February. Zuckerberg stressed that the app, which allows nearly half a billion users to send text messages for free over the web, wouldn’t be integrated with Facebook’s Messenger service. A few months later, Facebook surprised users by informing them that Messenger would be removed from Facebook and run as a separate application, too. “I think on mobile, people want different things,” he explained in a recent interview with the New York Times. “Ease of access is so important. So is having the ability to control which things you get notifications for. And the real estate is so small. In mobile there’s a big premium on creating single-purpose, first-class experiences.” In other words, WhatsApp is Whats­App and Messenger is Messenger, and never the twain shall meet.

Marc-David Seidel, a professor at the University of British Columbia’s Sauder School of Business, says there may be some truth to Facebook’s argument that simpler is better for smartphones, but he adds the evolving strategy is also a defensive one. “Facebook is losing in the younger demographic,” he says, echoing a recent study by digital consultancy iStrategy Labs that found 11 million high school- and college-aged users have left the site since 2011. “They have a dominant share but they’re not appealing to the next generation. I think they’re getting worried about that.”

Hence, one way for Facebook to stay relevant is to buy up competitors that threaten to steal users. For example, Facebook reportedly bid $3 billion for Snapchat last year after realizing the app, which allows people to share pics and videos that are quickly erased after viewing, had become popular among teens and tweens. Zuckerberg, however, was rebuffed by Snapchat CEO Evan Spiegel, suggesting a key problem with Facebook’s growth-by-acquisition approach: it’s expensive and there’s no guarantee it will work.

A more immediate risk is that Zuckerberg takes his eye off the ball. GM once dominated the auto market by building “a car for every purse and purpose,” but by the mid-2000s, amid stiff competition from foreign automakers, the strategy yielded mediocre cars that no one wanted to buy. And the social media space is notoriously ﬁckle. Twitter, which went public six months ago, has seen its stock cut in half from a high of about $73 just after Christmas as investors fret about slowing growth.

There remains one good reason for Zuckerberg to fashion Facebook into a social media holding company. Seidel says operating separate apps gives Facebook room to experiment with new products and services without sparking a revolt among existing Facebook users, who represent the company’s meal ticket for the foreseeable future. For example, its Creative Labs arm recently released its first-ever app, called Paper, which essentially offers Facebook’s existing news feed in a new, more intuitive interface. Unlike previous Facebook innovations, users aren’t being forced to try it out. In fact, it’s not even branded with Facebook’s name. If it catches on, great. If not, no harm done.

It should also be noted that while conglomerates have a reputation for being bloated and dysfunctional, there are exceptions. Warren Buffett’s Berkshire Hathaway has its fingers in everything from oil to soft drinks, but is considered one of the most valuable companies on the planet. Some have wondered whether Zuckerberg, knowing full well the fleeting nature of his business, might be trying to pull a Buffett by snapping up promising technologies as a sort of future hedging strategy (the $2 billion spent on virtual reality gear-maker Oculus is a good example).

Of course, Zuckerberg’s capacity to become the seer of Silicon Valley assumes he’s making the right bets. It’s worth noting that Buffett himself took a pass on Facebook during its 2012 IPO. The legendary investor diplomatically explained that, as a rule, he steers clear of initial public offerings. But right-hand man Charlie Munger, now 90, was more blunt, telling CNN, “I don’t invest in what I don’t understand. And I don’t understand Facebook.”

Unfortunately for those still trying to figure out where Zuckerberg’s dorm-room creation is headed, the story has only gotten more convoluted and confusing since.