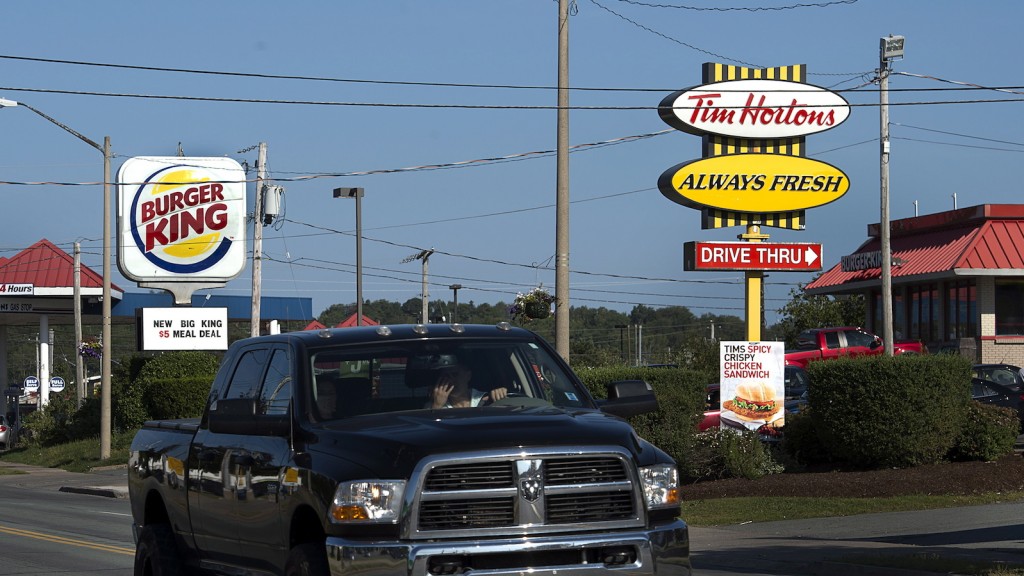 A higher minimum wage at fast food and other businesses could be what finally stokes wage-driven inflation in Canada this year.

Economists were left grasping for superlatives to describe the country’s latest jobs report out today. TD called it “unbelievable,” Scotiabank went with “ridiculously strong,” while BMO described it as a “blowout report.” So why are economists so excited? Just about everything is going right. Still, it makes you wonder if the jobs market is hot, where is the wage inflation? 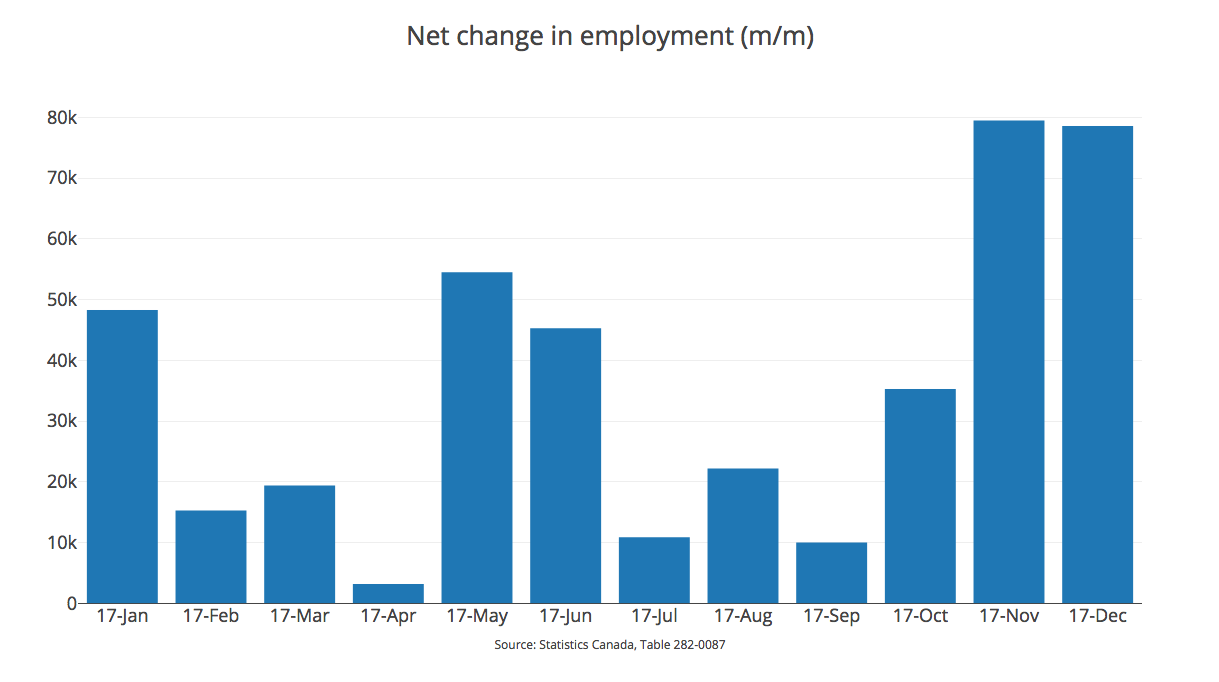 The country added 78,600 jobs in December, according to Statistics Canada, an impressive number given that a whopping 79,500 positions were created in November. In the past year, the Canadian economy created 422,000 jobs, an increase of 2.3 per cent. That’s the strongest percentage gain in 14 years, according to BMO. Capital Economics notes the details of the report are not quite as impressive as the headline number—54,900 of the positions added in December were part-time, for example—but even the reliably bearish economics shop characterized the latest numbers as positive. What’s more, the job gains were seen across Canada, with Alberta and Quebec showing the strongest growth, and in a wide swath of industries. 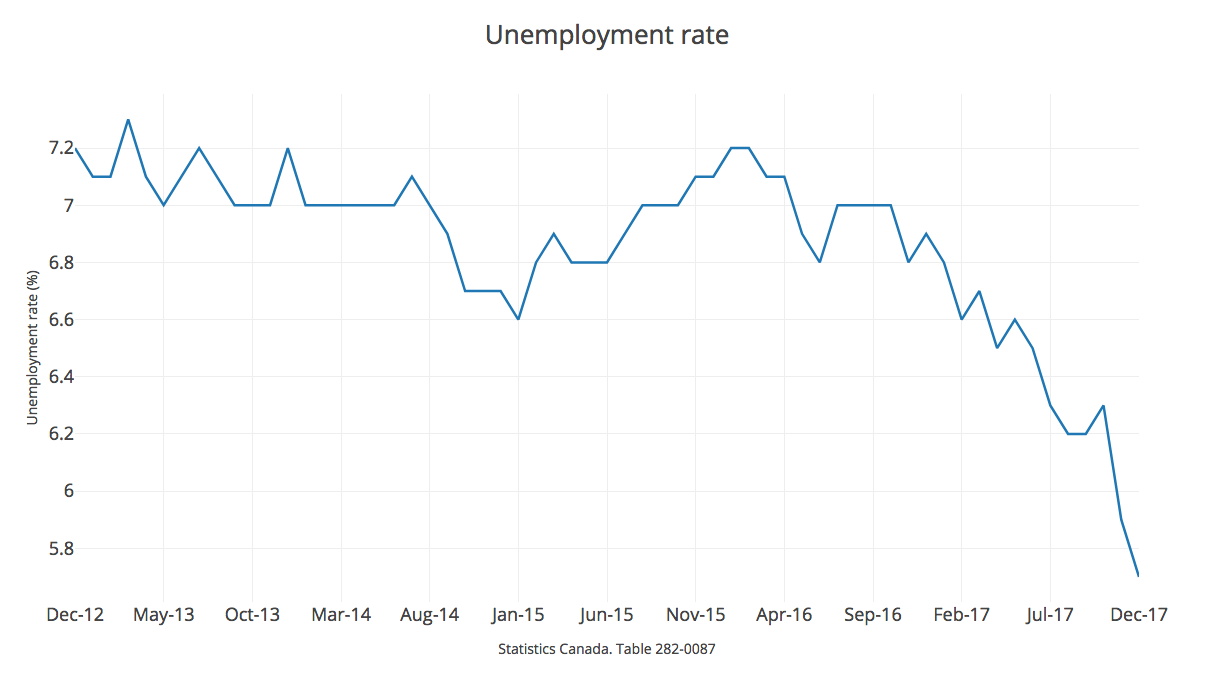 The gains were strong enough to send the unemployment rate down to 5.7 per cent, the lowest level since 1974. Unemployment fell even as the participation rate, a measure of the number of Canadians employed or actively looking for work, ticked up slightly to 65.8 per cent. 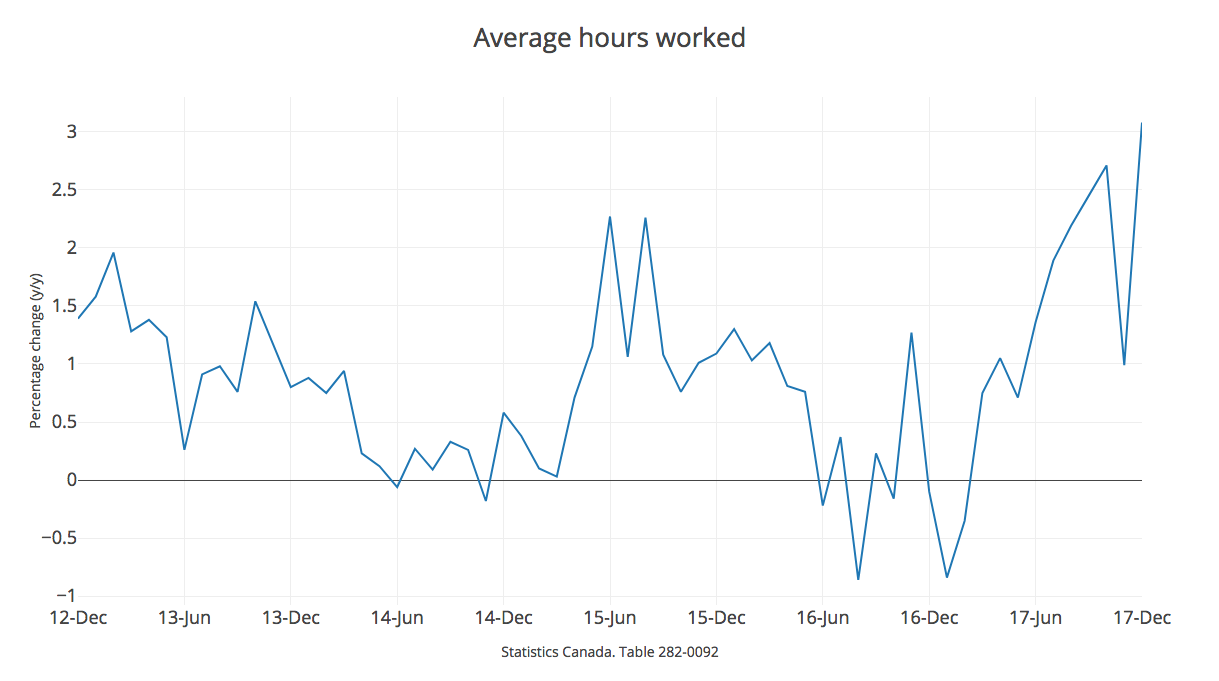 Not only did the unemployment rate fall, but Canadians are working more hours. Growth in the average number of hours worked dipped earlier in the year, but grew three per cent on a year-over-year basis. Scotiabank notes that’s the fastest pace since September 2003. That’s important, since an uptick in hours worked points to stronger wage growth down the road. 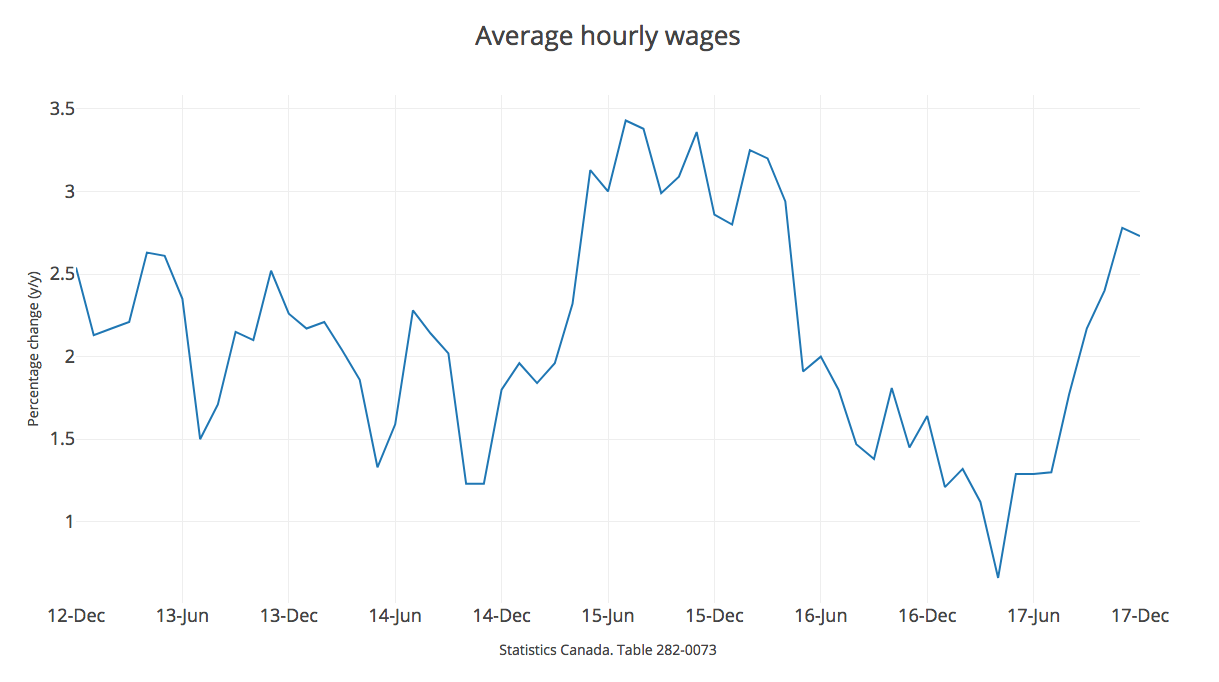 And, indeed, average hourly wage growth is accelerating. In December, wages increased by 2.7 per cent on a year-over-year basis. At the start of 2017, the country’s tepid wage growth was a concern for economists and the Bank of Canada. That worry has largely dissipated for now and a number of increases to provincial minimum wage rates will only further drive wage growth. Hourly wage growth, combined with an increase in hours worked, bodes well for incomes in the year ahead, too, even if it ultimately adds to inflationary pressures. Scotiabank, for one, changed its interest rate forecast and is now calling for the central bank to hike rates later this month.

More rate hikes could finally crack the housing market and squeeze debt-heavy mortgage holders, but Derek Holt, an economist with Scotiabank, offers a sanguine perspective. Holt wrote in a report that stronger incomes will also dampen the risk higher interest rates pose to heavily indebted Canadians. While households may have to devote a bigger chunk of their paycheques toward servicing debt when rates tick up, the data released today suggest that higher incomes could help ease the burden in the year ahead. 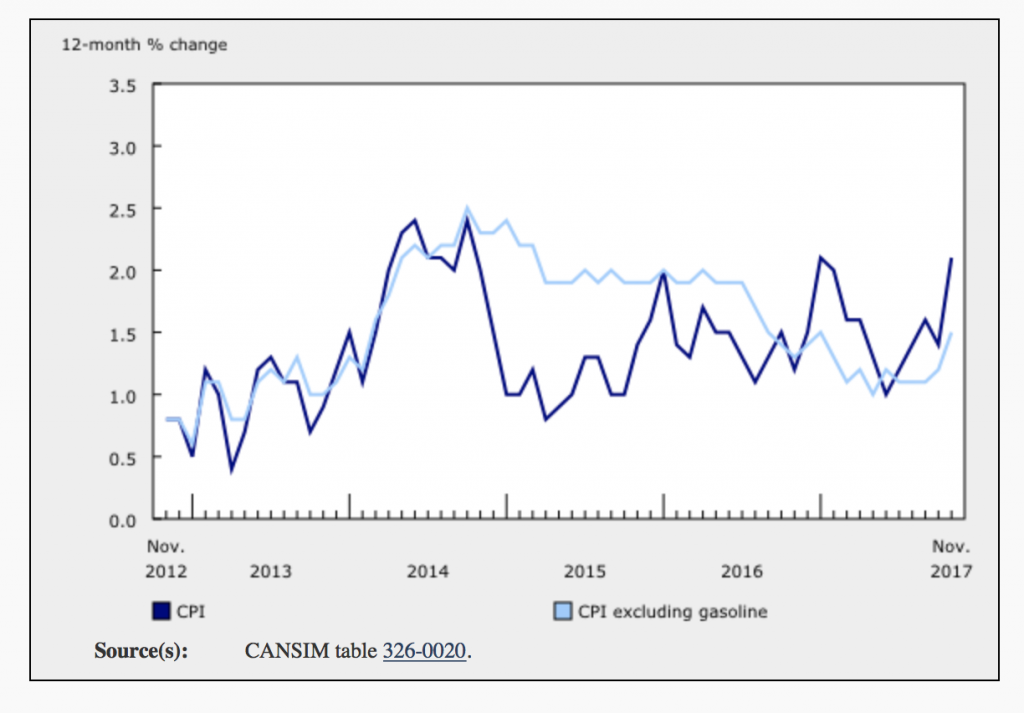