Like the U.S.S.R., Putin's Russia is dangerously exposed to swings in energy prices 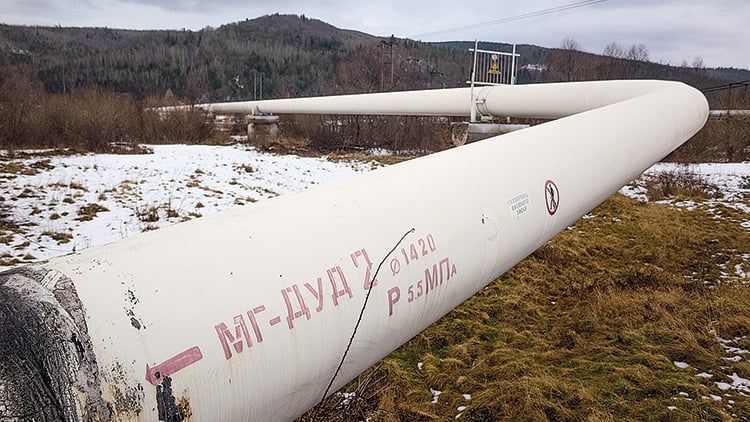 A few years ago, the late Russian economist and former finance minister Yegor Gaidar, the architect of his country’s post-Soviet free-market reforms, gave a speech in which he pinpointed, to the exact day, when the U.S.S.R.’s goose was cooked: Sept. 13, 1985.

A quick history lesson is necessary here, but bear with me, because it ties directly into Russia’s aggression in Ukraine, the instability of Vladimir Putin’s grip on power, and why this has the potential to make him even more dangerous, at least in the short term.

In the wake of the 1970s oil-price shocks, demand for crude had been falling, while at the same time, both OPEC and non-OPEC countries were flooding world markets with oil. Saudi Arabia, having tried and failed to keep oil prices high by curtailing its own output, chose that day to abandon its policy of propping up prices. Within a year, oil fell close to 50 per cent to under US$15 a barrel, the equivalent of just US$31 in today’s terms.

As Gaidar explained in his 2006 lecture to the American Enterprise Institute, it was a death blow for the Soviet Union. By then, the Soviets depended on energy exports for most of their hard currency reserves, money they desperately needed to pay for foreign grain to feed their citizens, not to mention maintain their creaking empire. “As a result, the Soviet Union lost approximately $20 billion per year,” he said, “money without which the country simply could not survive.”

Putin’s invasion of Crimea is the latest chapter in his campaign of empire building. And once again, the whole mess of Russian ambition has been fuelled by energy exports. More than a decade of rising oil and gas prices nearly quadrupled the size of the economy to US$2 trillion, boosted incomes and enabled Putin to reconstruct Russia’s military might.

The country’s natural gas exports have been front and centre in the Ukraine conflict, after Russia said it would end the gas price discount it provides to the cash-strapped country. (Russia is Ukraine’s largest source of gas.) There is concern Putin could go even further and shut off the gas to Ukraine altogether, as Russia did during disputes in 2006 and 2009. The pipelines don’t end in Ukraine, either, but extend deep into Europe. This has triggered panicked headlines warning that, with a flick of the switch, Putin might shut off Europe’s supply of natural gas, used to heat homes and power factories.

Indeed, Russia supplies 35 per cent of Europe’s natural gas. Put that way, the balance of power would lie with Moscow. But here’s the other way to think about it: According to the U.S. Energy Information Association, Western Europe accounts for 76 per cent of Russia’s gas exports. It’s a relationship of economic interdependence, in other words, in which Russia may well ultimately hold the weaker hand.

That’s especially the case if the global energy revolution already under way continues. New discoveries and technologies such as hydraulic fracturing have boosted the supply of both oil and gas faster than anyone expected. It’s already shifting the balance of power in energy markets. Norway’s state-controlled Statoil is close to overtaking Russia’s state-run Gazprom in gas exports to Europe. As more terminals in Europe capable of handling liquefied natural gas are constructed, countries such as Qatar and Australia can increase shipments to the continent. Meanwhile, in the U.S., which has tight restrictions on oil and gas exports, but where production is soaring, there have been increased calls for those restrictions to be eased. Legislation before the Senate and House of Representatives would expedite gas exports to NATO allies.

Even Ukraine is in on the act. This year, energy giant Royal Dutch Shell is expected to drill the first wells of a US$10-billion shale gas project there. Within a decade, it may even be in a position to export gas to Europe. Putin’s belligerence in Crimea has only reinforced the importance of diversifying Europe’s energy supply away from Russia.

None of these projects offers immediate help, should Russia shut off Europe’s gas tomorrow. One can only hope the country’s own reliance on energy revenues forestalls that option. Oil and gas make up 70 per cent of Russia’s exports, while energy accounts for more than half of government revenues. Even before the Ukraine crisis and the talk of sanctions, lower oil and gas prices were already dragging Russia’s economy closer to recession. The World Bank estimates Russia’s economy grew just 1.3 per cent last year, down sharply from 3.4 per cent the year before.

And so Russia once again finds itself dangerously exposed to fluctuations in energy markets. None of this should be a surprise to a strategist like Putin. But it does mean that, if he is keen to reassert the Russian empire, and senses his days are numbered, he may feel he must act now while Russia’s energy wealth affords him that opportunity.

In the last years of his life, Gaidar was wary about the rise of post-imperial nostalgia in Russia, and its threat to the country’s stability. As Russian tanks rolled into Georgia in 2008, the year before his death from pulmonary edema, Gaidar saw what was at stake. “The situation is extremely dangerous,” he said. “The post-imperial syndrome is in full blossom. We have to get through the next five to 10 years and not start doing something stupid.” The danger is, Putin may feel his time is running out.