How will Ontario balance its books? Tap into the reserves

In its fall economic update, the government says it is reducing its reserve for 2017-18 from $1.1 billion to $700 million 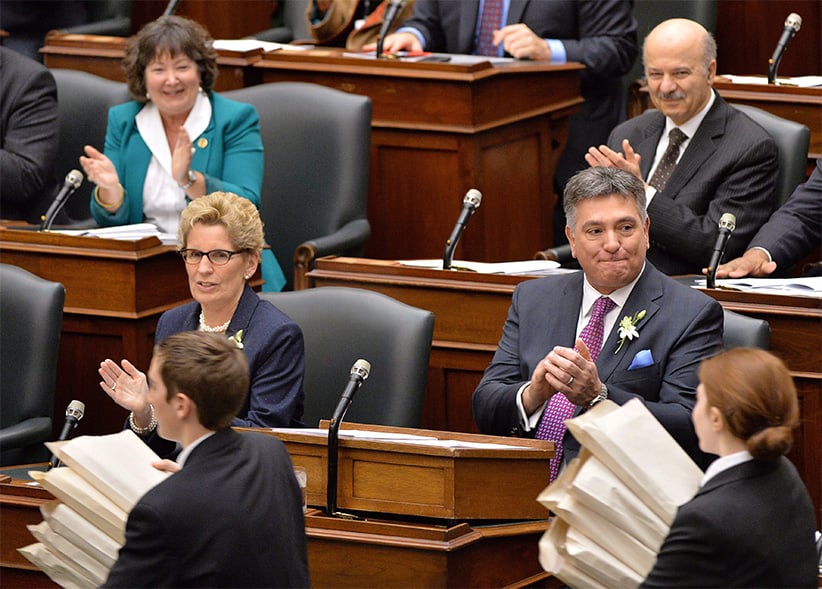 TORONTO — Ontario’s Liberal government is dipping into its reserve fund to help reach its goal of balancing the budget next year.

An accounting dispute with the auditor general over how pension assets should appear on the books is adding $2.2 billion to the deficit this fiscal year.

In its fall economic update, the government says that to help mitigate that unanticipated change, it is reducing its reserve for 2017-18 from $1.1 billion to $700 million.

The government has also added about $3 billion in new expenses since the spring budget, but it says that is partly mitigated by higher tax revenues and lower-than-forecast interest on debt.

The new expenses include the pension adjustment, $300 million for the first few months of a new eight-per-cent electricity rebate and $140 million in new health spending.

The economic update also shows the province’s net-debt-to-GDP ratio rising above 40 per cent this year, though the government says it will decline from 2017-18 onward.