Inflation's a good story. Except for beer prices.

Econ-o-metrics: Don't make too much of one month of slightly hotter inflation, but the trend bolsters Bank of Canada's outlook 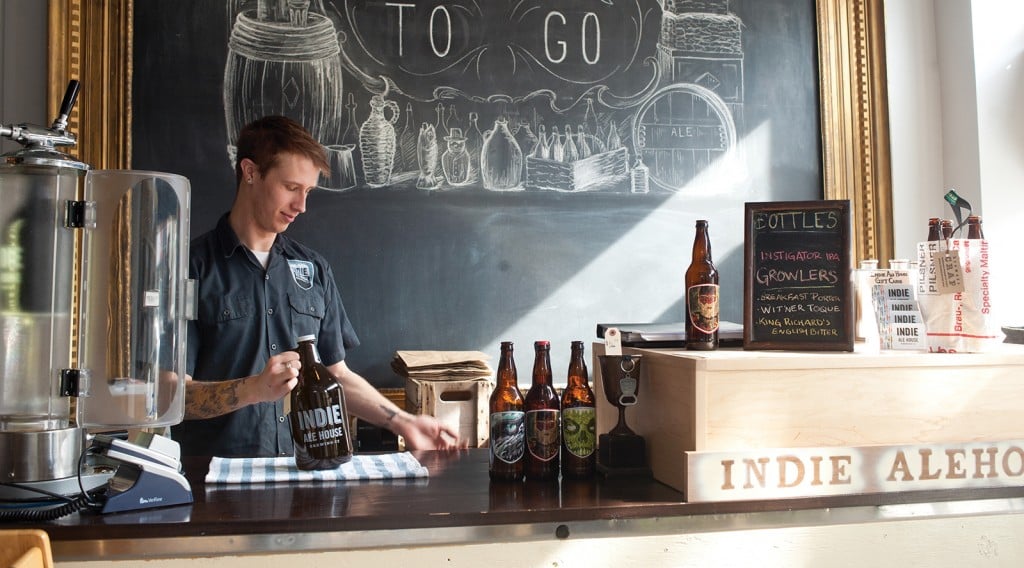 Inflation was hotter in July, although only by a matter of degree: like turning a burner on your stovetop to two from simmer. The Consumer Price Index rose 1.2 per cent in July from a year earlier, compared to a 1 per cent increase the previous month.
Why it matters

There is now a tight correlation between inflation and interest rates, as the Bank of Canada has signalled that it would like to move borrowing costs higher, but only if data supports its suspicion that upward pressure on prices is building.

The CPI and other inflation measures have become complicated puzzles for central bankers in Canada and elsewhere. Economic growth is pretty good, unemployment rates are low, yet prices are subdued. Even after the increase in July, Canada’s 1.2 per cent rate is extremely low by historical standards.

It might not have felt like it when you were buying meat for the grill, but a little inflation is good for the economy. It’s partly psychological, but modest increases mean businesses feel like they are making some money, which gives them confidence to expand—or at least keep going. The three measures that the Bank of Canada watches for a more exact reading of price dynamics all increased in July. One of those measures even rose to 1.7 per cent, within range of the central bank’s target of 2 per cent.

The inflation pressure in July came from things that households would have felt directly. Gasoline prices rose 4.6 per cent after a decline in June. Shelter costs continued to rise, for reasons inhabitants of bubbly Vancouver and Toronto are well aware. (The rate of increase in shelter costs in Ontario did slow markedly for the first time in a while.) Food prices also rose. Highly visible prices like these show up immediately when households do their monthly budgets, and could damp consumer confidence. That matters because consumer spending is currently the main driver of economic growth.

Adding to the pocketbook misery of British Columbians especially is evidence that beer prices are rising again. All year, Statistics Canada has been writing vignettes about how Canada has changed over the years to mark the 150th anniversary of Confederation. In the CPI report, it documented how Canadians have taken to craft beer. That’s especially true in B.C., where prices plummeted in 2014 as Big Beer was forced to compete with the new wave of hipster brewers. It’s a good story, except in documenting this trend, StatsCan also showed that beer makers are only willing to sacrifice profit margins for so long. As craft beer’s popularity continues to climb nationally, expect further pressure to build on prices since folks seem to have no qualms about paying more for better beer. 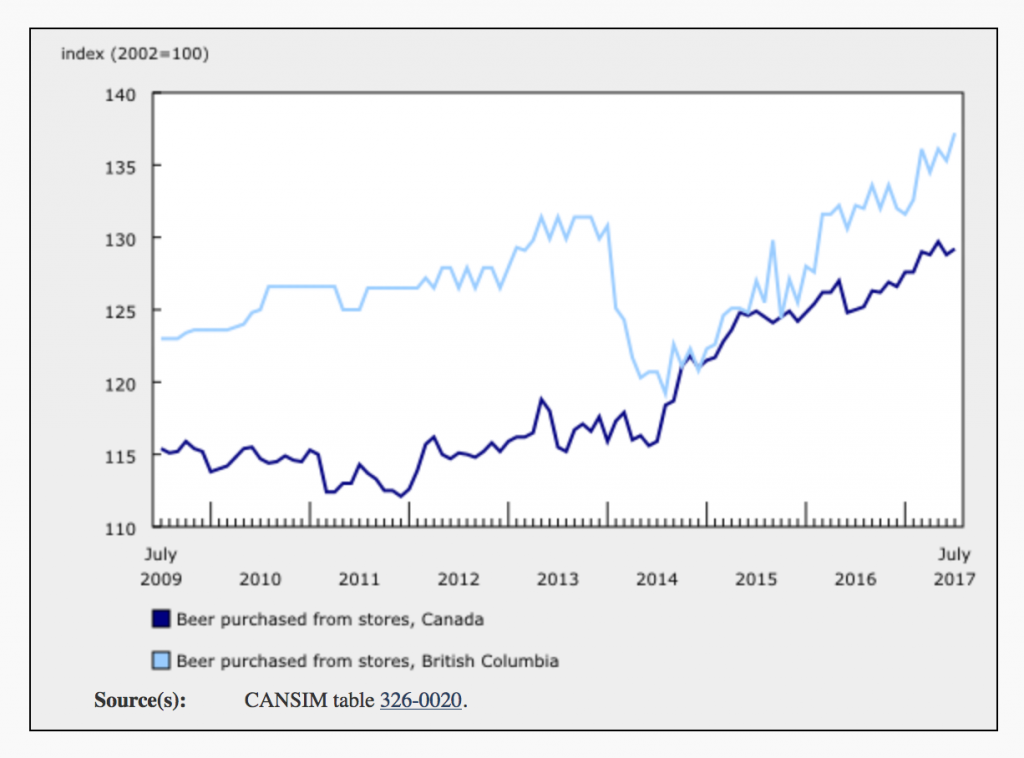 Some economists and executives think the Bank of Canada made a mistake by raising interest rates earlier this summer: there was no inflation, so why risk upending a nice run of economic growth? But the central bank thinks inflation is coming and the rest of us just can’t see it yet. It is important not to make too much of one month, but the latest CPI numbers support the Bank of Canada’s story. Still, inflation is very low. This isn’t lost on policy makers, which is why they will take a deliberate approach to moving interest rates back to a more normal level. Given that Governor Stephen Poloz has said in the past that he would tolerate inflation slightly faster than 2 per cent if he thought the economy could handle extended stimulus, there is little reason to anticipate substantially higher interest rates anytime soon. The march back to normal will be slow with lots of breaks along the way.