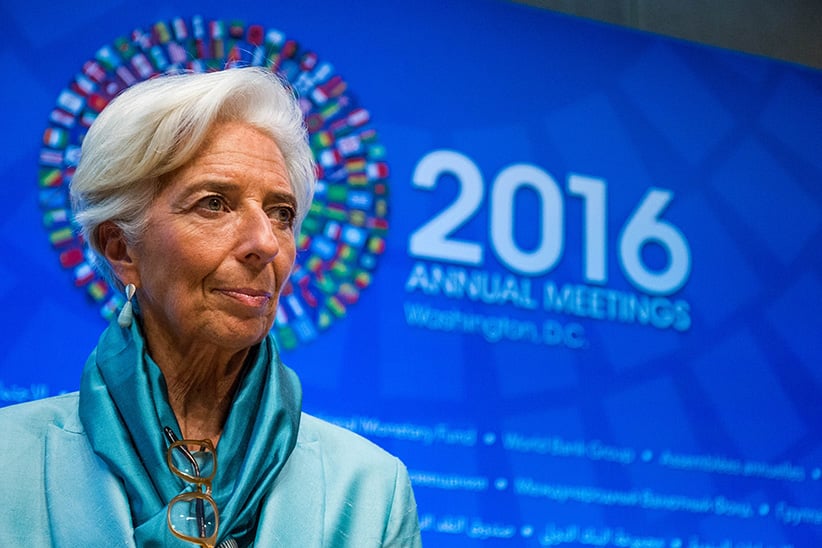 WASHINGTON, Wash. — The International Monetary Fund says uncertainty surrounding the incoming Donald Trump administration in the United States is making it difficult to forecast how the global economy will perform this year.

Canada is expected to have the second-fastest growth among the G7, ahead of the four European members and Japan.

Its latest outlook for advanced economies as a whole has improved for the 2017-18 period, compared with its October estimates, due to somewhat stronger activity in the second half of 2016 and projected U.S. government stimulus.

But the IMF’s estimates for several large developing economies has been revised lower — notably India, Brazil and Mexico.

Mexico has been a frequent target of comments by President-elect Donald Trump, who has promised before and since the November election that the United States will build a wall between the two countries.

In an interview with German daily Bild and The Times of London, published on Sunday, Trump said German car manufacturer BMW could face tariffs of up to 35 per cent if they set up plants in Mexico instead of the United States.

BMW said Monday that the company would stick to its plans to produce cars in Mexico.

Earlier this month, Trump threatened on Twitter to slap a border tax on General Motors for importing the compact Chevrolet Cruze to the United States from Mexico. GM responded that it only imports a small number of Cruze hatchbacks and makes all of its Cruze sedans near Cleveland, Ohio.

On Friday, Trump spokesman Sean Spicer told reporters on a conference call that a U.S. border tax on imported autos would not be applied to any one country and could impact Canada, according to a Bloomberg News report.