Is the U.S. arranging things so Trump can walk away from NAFTA?

Is a series of untenable U.S. bargaining positions part of a plan to lay groundwork so Trump can walk away from NAFTA?

OTTAWA – Call it the art of the non-deal.

As the fourth round of talks in the North American Free Trade Agreement renegotiation begins this week near Washington, a consensus is growing that a series of untenable U.S. bargaining positions is part of simple plan by U.S. President Donald Trump to lay the groundwork so he can walk away from the continental trade pact to please his domestic base.

Some cite a Buy American proposal that would limit Canadian and Mexican access to U.S. procurement projects presented in the third round of talks in Ottawa two weeks ago.

But more clangers could drop in this upcoming round when the U.S. might wade into another area contentious area: its desire for more access to Canada’s protected and supply managed dairy industry.

“I’m becoming more and more of the view that the proposals we’re seeing are poison pills,” said Dan Ujczo, an Ohio-based international trade lawyer with the firm Dickinson Wright.

“These are proposals that neither Canada nor Mexico can accept.”

That sticking point comes with other hard issues still on the horizon, including dairy, auto parts, the dispute resolution system and the U.S. push for a review of NAFTA every five years.

“It’s going nowhere fast. It’s clear. The U.S. has some ridiculous proposals on the table,” said Jerry Dias, the head of the Canadian union Unifor.

“You only put those types of proposals on the table if you’re not looking really to find a deal.” 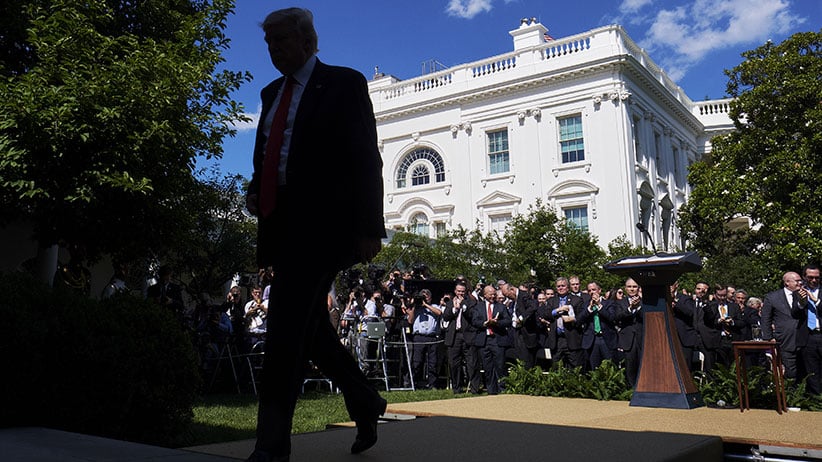 Foreign Affairs Minister Chrystia Freeland addressed the Buy American issue in Ottawa on the last day of talks two weeks ago, saying the recently-completed Canada-EU free trade deal, which opened up local procurement to both sides, was Canada’s preferred option.

“We would like to encourage our immediate neighbours to meet the levels of ambition we have been able to achieve with our partners across the Atlantic.”

Peter Clark, an Ottawa-based international trade strategist who was involved in the original NAFTA and Canada-U.S. free trade negotiations, said the American behaviour is a vivid and unprecedented example of how not to negotiate. He called it a tactic designed to ensure failure.

“Negotiators try to deal in the art of the possible,” said Clark.

“Trump doesn’t believe he can get what he really wants without tearing it up, or terminating it, or giving us notice of termination. That’s that way he operates.”

Clark predicted Canada can expect plenty more of the same when Round 4 gets underway.

Agriculture Secretary Sonny Perdue told a trade discussion in Washington last week that the U.S. would likely make a specific request to Canada for more access to its dairy and poultry markets.

The dairy sector was excluded from NAFTA in 1994, but the supply management system, which limits the amount of dairy that can be imported into Canada without high tariffs, has been an ongoing irritant.

Trump cried foul over a subsequent deal outside of NAFTA that allows Canadian dairy producers to sell milk proteins to domestic processors at a discount to protect the industry from imports of cheap U.S. milk ingredients.

The Liberal government has repeatedly vowed to protect supply management and its agriculture sector.

Canada’s dairy industry said it has no idea whether U.S. negotiators will actually come to the next round with firm proposals.

Speaking to a NAFTA event in Washington this past week, Zoellick said Canada can’t back down on another key demand by Trump to abolish the panels that settle disputes. Zoellick recalled how hard Canada fought for the inclusion of that chapter in the original Canada-U.S. Free Trade Agreement, NAFTA’s precursor.

“The Canadians spilled blood on this to get this done,” he said. “It is a very big stretch in my mind to believe that any Canadian government can walk away without a Chapter 19 provision.”