U.S. economist Joseph Stiglitz contends mismanagement of globalization has benefited corporations at the expense of workers—and paved the way for a demagogue like Trump 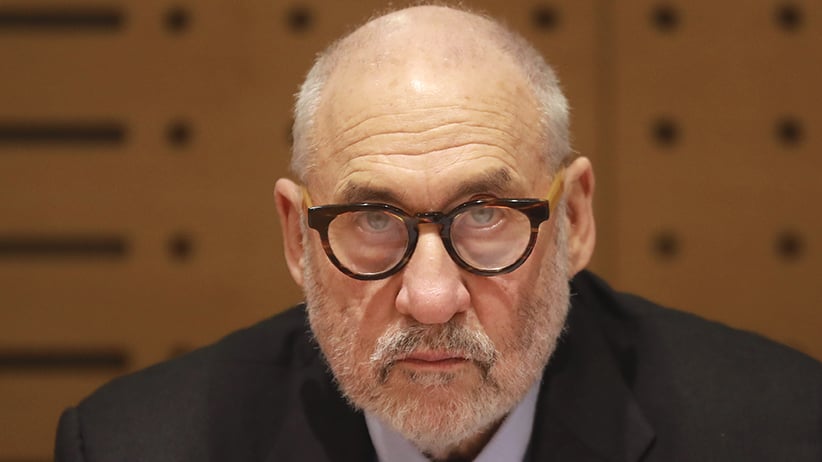 Nobel Prize laureate Joseph Stiglitz, 74, is the best-known and most eminent left-of-centre economist dissecting contemporary capitalism. The former chief economist of the World Bank and chairman of former president Bill Clinton’s Council of Economic Advisers has been sharply critical of international financial institutions, including his own and the International Monetary Fund, for their role in rising global inequality and recurring economic crises. Stiglitz argues that those institutions, cheered on by the conservative economists he calls market fundamentalists and tightly linked to corporate interests, are key factors in provoking exactly what the world does not need—nationalistic and protectionist political reaction. In 2002, Stiglitz released perhaps his most famous book, Globalization and Its Discontents, a critique of the way the process was wreaking havoc in the developing world, written in the wake of the massive Seattle protests against the 1999 World Trade Organization meeting there. Stiglitz has revisited and updated Globalization after 15 years of tumultuous change.

Q: The revised version has left me a little uncertain about your final verdict on the last decade and a half. Would you sum it up as “the more things change, the more they stay the same,” or as “everything’s worse”? Optimism is definitely not visible.

A: Basic bottom line is when I left the World Bank in 2000, I was keenly aware how globalization was disadvantageous to poor developing nations, especially in sub-Saharan Africa, so when I wrote I stressed how the rules of the international trade game were designed by the U.S. and other advanced countries to favour themselves. I did add the proviso that those rules were not rigged for American citizens as a whole but for American corporations, but I didn’t really follow through on it at the time. With the new growth in anti-globalization in advanced countries, most recently with Trump, we’re seeing this movement that believes globalization is bad for American workers, but misrepresents how it is bad.

FROM 2015: Joseph Stiglitz on the rise of inequality

Q: One message in your revision is that the bad things are more spread out—in 2002, globalization’s wrongs were obvious in the undeveloped world and not so much noticed here.

A: That’s right, it’s not just the developing countries anymore. The results turned out to be the same here, too. The question that motivates my book the second time around is how something that was supposed to be good for everybody turned out seemingly bad for everybody. The answer is that it isn’t bad for everybody; there have been some big winners, mostly the big corporations. That distributive battle is at the heart of what is going on.

Q: But there have been other positive developments, too, according to Globalization. You discuss how millions have come out of poverty.

A: That’s true, not everything has gone to hell in a handbasket internationally. I didn’t anticipate when I first wrote the book the large number of people who would rise from poverty in China, the growth in India and other nations. Some countries, somehow, even when trade agreements were unfair, managed to take advantage where they could and do very, very well. Another thing is there actually have been some reforms to the IMF. Back then, I critiqued it on its stance on free capital flows across borders, but by 2012 the IMF had changed its stance, partly because of the 2008 financial crisis. That’s a huge turnaround on the global landscape. So, much good, too.

Q: Regardless of the downside, you remain pretty much a champion of the good things globalization has done. It’s the mismanagement you hate.

A: That’s right, exactly. It could have been managed better and it can be managed better. It will have to be, even though it will be a little more difficult now—two decades on there’s been long-term damage. The workers who should have been retrained 15 years ago are not going to be easily retrained today.

Q: In the first edition, you focused on the economic damage that would happen in the developing world, especially in the agricultural sector. This time, though, you’ve added comments about nativism and nationalism in the developed world. That’s a newer phenomenon?

A: Right, I didn’t talk about cultural anxiety in my original book because that was not part of the original reaction in the developing countries. Partly because they weren’t given any choice in that. There were certain cultural aspects I wrote about 10 years ago, but those were quite different. They were about the way trade agreements tried to impede, say, the French government from subsidizing French movies. The sort of things other countries claimed preserved cultural identity, Americans claimed were unfair trade practices. That sort of dispute has been a constant source of conflict with Canada, of course, and with many other countries too. The irony was that we were trying to undermine legitimate cultural expressions then, something very different from the sort of beggar-your-neighbour nationalism Trump represents.

Q: Looking back at the Seattle WTO protests, it seems like not just a different century, but a whole other world, given what upset Westerners at that stage of globalization.

A: There were three things happening in Seattle. There was the environmental issue. There were some broader labour issues, although the idea of developed-country workers losing their jobs was relatively nascent because in 1999 we were at full employment and NAFTA’s giant sucking sound had never actually happened.

Q: The labour worries were more about sweatshops in the Third World.

A: That’s right. The Third World was the third thing. Americans, Europeans, Canadians were all more worried about developing countries than about ourselves. Seattle was a social justice thing. Today it’s all about us. If we were to have a Seattle riot today, it would be totally different—the main focus would be hard hats.

Q: And it wouldn’t be in Seattle, it would be in Cleveland or Flint. Workers in the Western world, especially Americans, are inclined to blame globalization itself rather than the role of corporate interests or plain mismanagement.

A: Yes. One of the issues I talk about is to what extent the blame put on globalization for job losses is fair compared to the role of technology. My argument in the new edition is that even without technological change, globalization—as we managed it—would have had devastating effects. In that sense it deserves strong criticism. But its opponents are not bothering to go through that kind of analysis. A lot of their politics are the politics of blaming others rather than ourselves. It’s very clear American voters do not want to say they can’t compete with foreigners or adapt to new technology. But it’s easy for them to say unfair competition from abroad is the problem. Obviously, politicians can play into that. We all think more of the job losses than job gains. Every factory that departs is very visible, but incremental job gains from every additional product made are not.

Q: That brings us to Trump, trade and taxes. You write about the president as both a symptom and result of what’s been going on.

A: He is. In my earlier writings I thought, given the growth of inequality, that we might be prey to a demagogue. Globalization and migration have provided a field day for Trump. The degree of accuracy of what he says isn’t even important. By the time he was attacking migration from Mexico it had already stopped for eight years. But it was part of the national psyche at that point. The reforms—if you can call them that, the changes, anyway—that he’s making now or trying to, are not going to solve the problems. What matters is how you manage globalization, and managing it by protectionism is not the answer.

Q: He’s kind of stalled on that front. But you don’t believe Trump has been made harmless, though, because he’s blowing up all kinds of international agreements and rules.

A: I’ve argued that. For 75 years we’ve been creating global supply chains on the premise that borders do not matter. Now everybody realizes that borders do matter. And not only is this new kind of world different; that change is permanent because people will always be aware that somebody like Trump could get elected again.

Q: Speaking of borders brings me to my country. I realize that for most Americans, NAFTA means Mexico. But not to Canadians. Three decades ago we went through a national psychodrama over the first Free Trade Agreement, an emotional election battle and a wrenching reorientation of our economy and trade patterns. I don’t know if we can un-wrench all that.

A: That’s one of the huge issues. If creating the global supply chains was disruptive and part of the real cost of globalization, undoing those supply chains will be just as disruptive and just as costly. The people who will be hurt again will be the same workers who were hurt before—remaking the chains won’t be easy. Take Trump proposing that NAFTA now has to have 50 per cent of auto parts made in the U.S. The cars will be more expensive, and car workers will lose their jobs as American cars get outpriced. But I think Trump has vastly overestimated his bargaining power. Even if he withdrew from NAFTA, the enabling legislation remains on the books until Congress repeals it. Now anything’s possible with this Congress, but I don’t see them doing it, and even if they did, the original Canada-U.S. agreement is still in effect. But if Trump has his way, American influence and prosperity will decline.

Q: While Trump and Trumpism is ascendant, you expect China to become more influential. Do you also expect Chinese companies to become Westernized in the sense of starting to champion corporate interests, meaning no real change in the global economic order?

A: The world becoming more multi-polar and rise of China would both have happened without Trump. But there’s no doubt he has accelerated those changes, and the latter is happening at a very bad time for the U.S. President Xi is exerting China’s power for the first time, and he’s able to do so in a vacuum—Europe is too divided and America has gone into isolationism. My impression of Xi is that he sees state-owned enterprises as instruments of the state. Those firms will be given a great deal of autonomy in running their day-to-day operations but when they are called upon—say, the state oil company might be asked to acquire a lease someplace or the telecom asked to make investments in a particular African country—they’ll do that. They are profit-making enterprises that are also instruments of the state. So things will change, although how is hard to predict.