The Canadians who’ve shot, swung, punted and kicked their way to the biggest paycheques in 2014-15

With Major League Baseball and the National Basketball Association awarding more and more Canadians the league MVP in the last eight years—Justin Morneau and Joey Votto in the MLB, Steve Nash winning it twice in the NBA—Canada is finally getting its due for its athletic talent. That, of course, is being reflected in our athletes’ salaries, too. Here’s a glance at the wages of the priciest Canadian players in each of the five major-league sports this year. 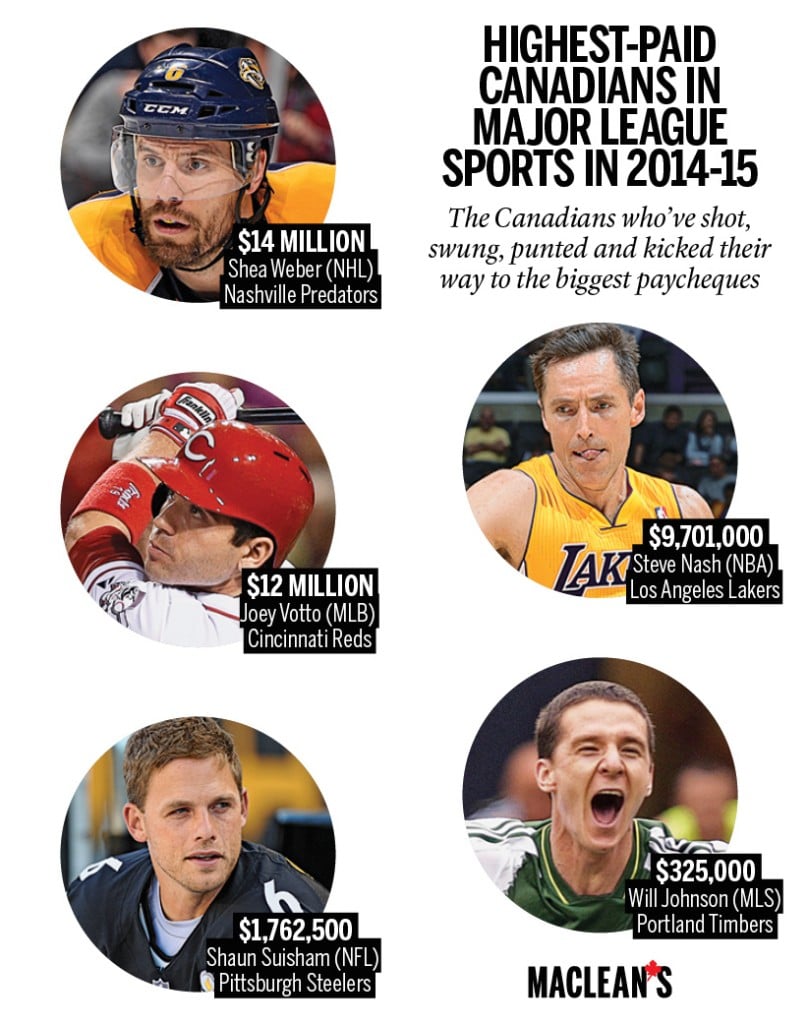 See more salary comparisons in our full Who Earns What series.

FILED UNDER: sports who earns what