Who earns what: The highest-paid NHLers by province

The highest paid NHL players for each province, based on their actual salaries for the 2014-15 season

It’s the ultimate dream for thousands of Canadian children, but few of them will actually wind up playing in the National Hockey League. In this Who Earns What feature, we look at each Canadian province’s highest-paid player, based on what they actually earned in the 2014-15 season: 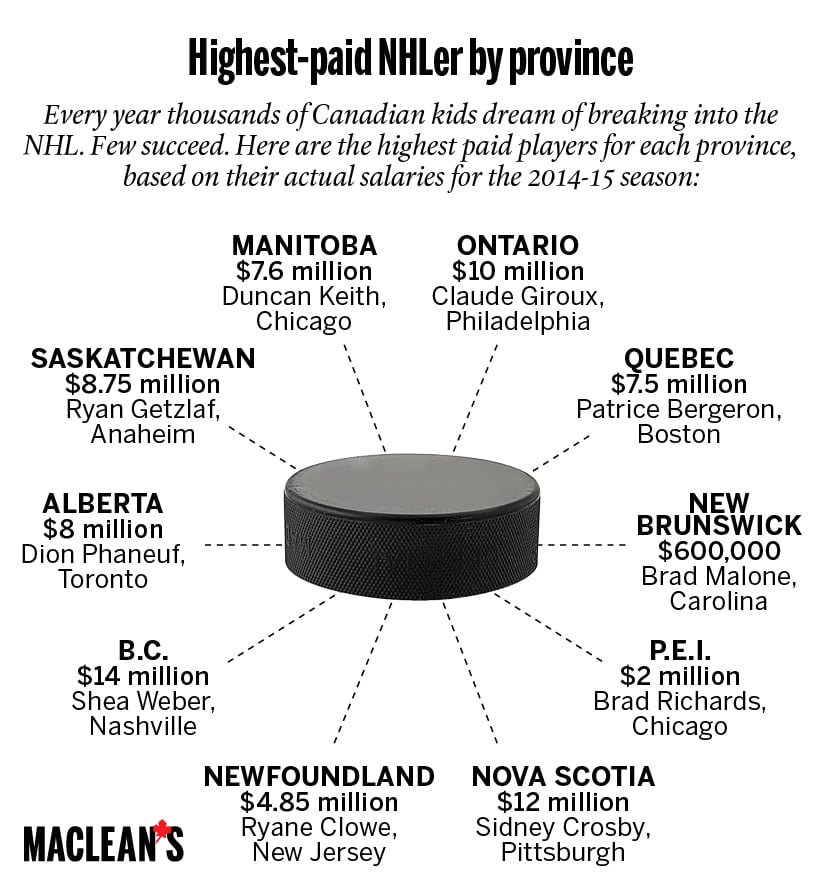