Peter Aceto's scrappy upstart is staying true to its culture 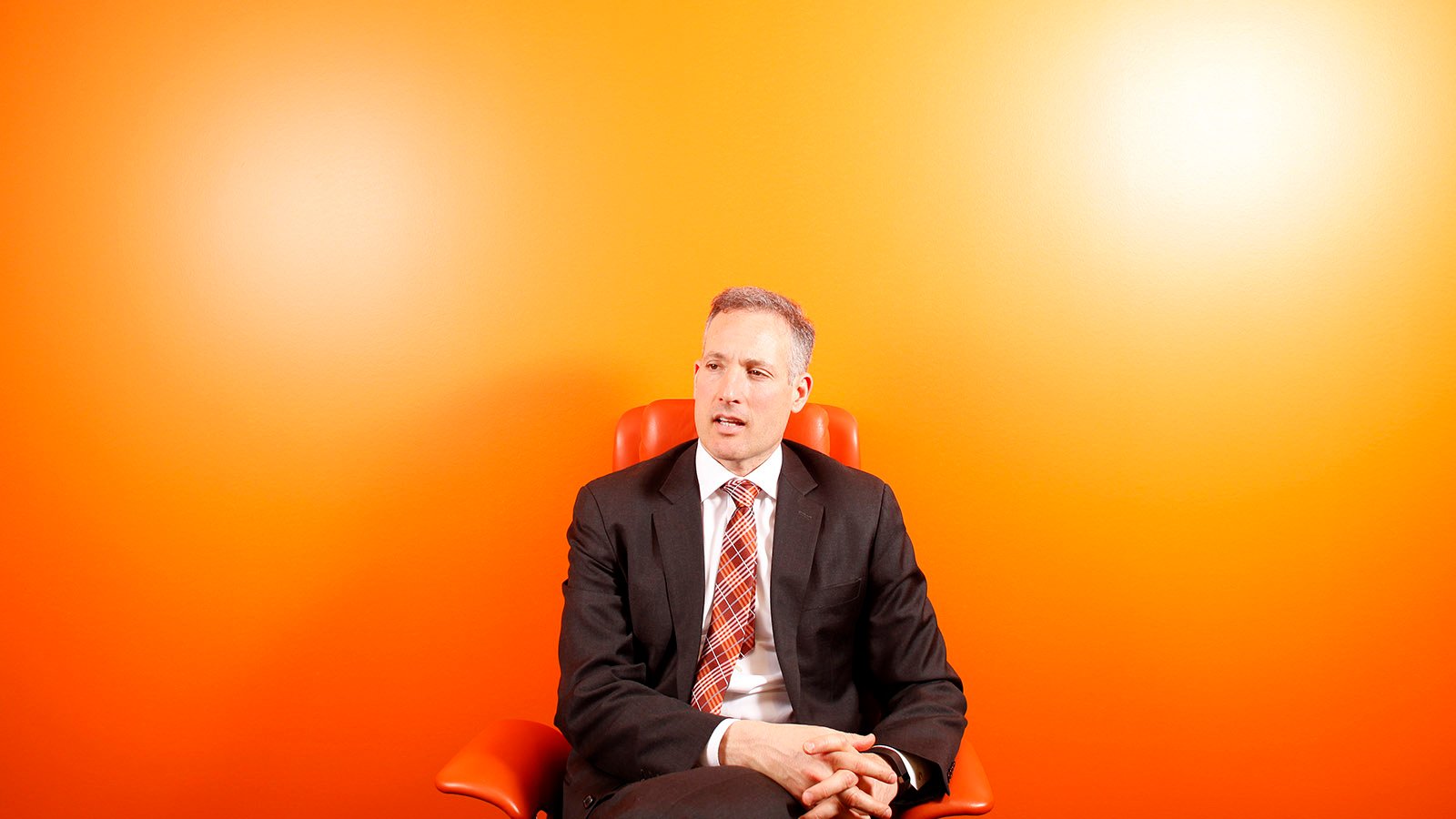 It was two years ago that Peter Aceto, the Canadian CEO of what was then ING Direct, was summoned to the Amsterdam headquarters of his parent company, Dutch financial giant ING Group, for an urgent meeting. The company was putting its Canadian operations on the auction block and, later that year, they were snapped up by the Bank of Nova Scotia for $3.1 billion.

It seemed an odd marriage between a pillar of Canada’s banking establishment and the online upstart known for its bright orange logo and Frederick, the Dutch spokesman who urged Canadians to “save your money.” But, 18 months later, the deal has proved to be a profitable one for Scotiabank, with ING’s 1.9 million customers boosting Scotiabank’s share of the Canadian retail banking market. Meanwhile, only 3,000 of the new subsidiary’s customers closed their accounts, while 80,000 more opened new accounts last year. It has also meant a complete rebranding from the ground up. Last month, ING changed its name to Tangerine. A name change was a condition of the sale to Scotiabank, but it has also been an opportunity to remind Canadians that it’s still the same quirky alternative to the major Canadian banks. “There are banks in other countries around the world that have names that don’t seem as ‘banky’ as the names in this country,” Aceto says in an interview. “This distinguishes us, but it is a bit revolutionary for a bank to have a name like this.”

It’s part of an attempt to shift away from the company’s roots as primarily a place for Canadians to park their money in high-interest savings accounts. ING Direct shook up Canadian banking when it arrived in 1997, positioning itself as a virtual anti-bank aimed at attracting tech-savvy customers who cared more about low fees and attractive rates than about getting great customer service in branches. Today, every bank has extensive online banking options and Tangerine no longer leads in interest rates on savings accounts. Staying competitive in an era of low interest rates is a challenge, Aceto says, but the company has long been trying to become a place for Canadians to do their everyday banking. It launched a no-fee, interest-paying chequing account two years ago. It’s planning to roll out a credit card next year, one that will likely involve a cash-back incentive designed to get people to put that money into their savings accounts.

The move seems to put Tangerine in direct competition with its parent company, which has also said it’s keen on expanding its credit-card offerings. It’s all part of Scotiabank’s promise to operate Tangerine as an independent brand, Aceto says, something that hasn’t changed under the command of new CEO Brian Porter. “There’s a tremendous consistency about how proud Scotiabank is to own us, and as much conviction as ever of the need to keep us separate and apart and not hurt our culture,” Aceto says. “I think they’ve been rewarded for that in the last 18 months.”

As if to prove the point, Aceto says Tangerine has no plans to join the mother ship in downtown Toronto, and just signed a long-term lease for its offices north of the city. Still, the switch to Canadian ownership does have its challenges. As a small Canadian piece of one of Europe’s largest financial companies, ING Direct was on a fairly loose leash to set its own rules. These days, Tangerine is under a closer microscope, as investors and analysts monitor how the subsidiary affects Scotiabank’s bottom line in Canada. “From a media relations perspective, I just have to be thoughtful that I’m here with them and the degree to which people listen,” says Aceto. “I do find myself in downtown [Toronto] a little bit more than I was in Holland, but it certainly hasn’t had a direct impact on our operating model and influence.”

The sale has also opened up new opportunities. There are talks to expand Tangerine’s brand to other countries where Scotiabank operates. It’s piloting mobile banking kiosks this summer in Toronto and Montreal. Tangerine customers can now withdraw cash from Scotiabank’s network of bank machines for free. At the end of September, the company will move all its customers off the Exchange network of bank machines used by credit unions and National Bank.

Despite all the changes, some old habits seem to die hard: Aceto still regularly fields questions about Frederick, even though he hasn’t been the bank’s spokesman for several years. Canadians once enthusiastically embraced the idea of a low-cost foreign alternative to the big banks. Aceto is hoping the new-found global respect for Canadian banks in the wake of the 2008 financial crisis will have the opposite effect, attracting customers to a company now owned by a member of the country’s banking establishment. “As long as we’re an independent competitor and we can still co-operate and treat customers the way we treat them—give them great rates and no fees—they probably get good comfort knowing that behind us is a very, very strong Canadian bank.”