Interest rates in Japan and Europe are now less than zero. That’s not a disaster—but it could lead to one. 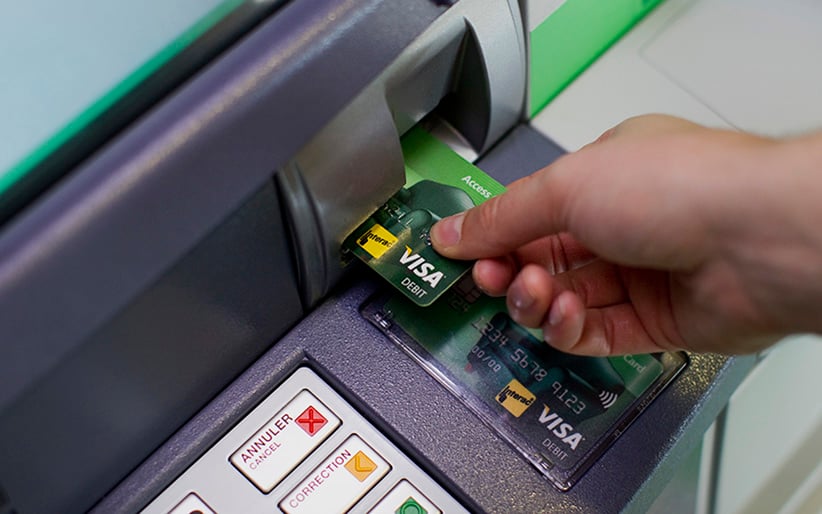 A customer uses an ATM at a Toronto-Dominion (TD) Bank branch in downtown Vancouver, British Columbia, Canada, on Thursday, May 28, 2015. (Ben Nelms/Bloomberg/Getty Images)

The questions never change in economics, goes the old adage about the dismal science. But the answers often do.

Just a few years ago, economists were certain that interest rates could never fall lower than zero. Last week, however, Japan’s central bank announced the interest rate on bank reserves will drop to -0.1 per cent. The European Central Bank’s rate has been in negative territory since 2014; Switzerland, Sweden and Denmark a few years before that. Today nearly a third of the world’s GDP lies in negative-interest-rate territory. It’s become such a common policy prescription that even the Bank of Canada is prepared to consider it. We no longer know how low interest rates can go. So what does it mean to live below zero?

A central bank typically pays interest on the official deposits it requires from financial institutions. This rate is used to influence what the banks charge for mortgages and pay as interest to depositors. A central bank can raise or lower this official rate to deal with economic problems such as inflation or a recession. And yet the current global malaise has so far proven immune to standard monetary medicine. Most central banks, including the Bank of Canada, have already lowered their interest rates to near-zero in order to stimulate the economy. Some have also embarked on massive bond-buying sprees in an effort to push more money into the system—what’s called quantitative easing. Yet global growth is still flat. The only place left to go is sub-zero.

When interest rates turn negative, bank deposits shrink, rather than grow, every month. While this obviously disadvantages savers, it provides a strong incentive for individuals, firms and banks to put their money to more productive uses. This should spur inflation and additional economic growth. In December, Bank of Canada governor Stephen Poloz said he’d consider implementing negative interest rates if our economic doldrums continue indefinitely; he figures -0.5 per cent is as low as he’d go.

Related: Jason Kirby on the problem with free money

While potentially useful, negative rates upend many of the standard beliefs and practices of modern economic life. For example, it becomes a prudent wealth management strategy to consider taking your money out of a bank and holding it as cash to maintain your nest-egg’s value. Borrowers, on the other hand, are rewarded for profligacy. Floating-rate mortgage holders in Denmark now get paid monthly for the privilege of owing money to the bank. Some economists have wryly suggested that negative interest rates could eventually lead to loan-shark goons beating up clients who try to pay off their debts too early, since that would reduce the profitability of back-alley loans.

If negative interest rates do arrive in Canada, they will inevitably exacerbate concerns over the amount of debt held by Canadians, particularly mortgage debt. Evidence from Denmark suggests the policy has added fuel to an already overheated housing market. (Then again, the whole point of negative interest rates is to encourage more borrowing and economic activity.) It will also make life difficult for pension plans and insurance firms that have promised guaranteed returns to clients. Bank profitability will likely suffer as well, if customers react adversely to negative savings rates.

The Bank of Canada, however, predicts the overall effect of negative interest rates should be quite modest, once everyone gets used to the shock of paying to save. While it might make theoretical sense to stash cash under your mattress, Poloz figures few Canadians will actually go to such lengths, given the hassle of keeping all that money at home, plus the risk of theft. Given the fact most retail bank accounts already pay little or no interest, combined with the ubiquity of monthly banking fees, many Canadians likely face an effective negative interest rate on their deposits right now. We grumble, but carry on.

Perhaps the most important takeaway from negative interest rates concerns the underlying reasons for their recent appearance on the global scene. For decades, Japan tried—and failed—to stimulate its economy through massive government spending programs and, more recently, via quantitative easing. With national debt now at a crippling 250 per cent of GDP, Japan has turned to negative interest rates largely out of desperation; the same holds true for Europe. Thankfully Canada is not yet in such dire straits; Poloz says he isn’t planning on going negative any time soon. But that doesn’t mean we can afford to ignore the lessons from Japan—particularly as Prime Minister Justin Trudeau gears up to run large-scale budget deficits into the foreseeable future in order to fund infrastructure and other stimulus efforts. Perpetual government overspending is not a solution to long-term economic crisis. It is the cause.